And it was all a dream!

Hello!
Ok, I admit that there are two games by Healy that I'd like to be completed/expanded: one is Night of the Lapinoids, that is in a certain sense complete, since it's a sort of prologue with a beginning and an end. The other is Dreamaria.

Dreamaria, originally created for the Gaymak the Rainbow event, then revived for the Revive the Dead event, is one of the first games I downloaded from this site, in 2018, even if the demo was released a year before. I've always been fond of RPG Maker 2000/2003 games, and even if this was incomplete I was immediately attracted by the good use of the white screw shop assets (that I admit, it was one of the first time I saw them used). 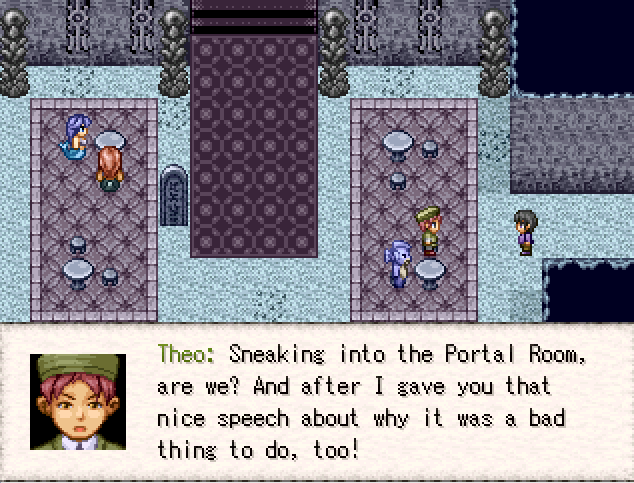 Ok the demo is short, still... HOW I HATE THIS KID! He is so annoying and you meet him just a couple of times!

Dreamaria is a story in which we play as Mora, a person that has trouble sleeping, and trying to find a cure a series of dreamlike worlds are revealed. The problem is that we, playing as Mora, are trapped in these weird places and the only way out... will be solving some tasks and puzzle.
The demo includes two worlds (Forest and Sea PAlace), and just one is complete, but it was hinted that there were more, at least four totally different in total.

Unlike the previous mentioned Night of the Lapinoids (that uses the same assets but has a totally different mood) Dreamaria doesn't include combat, and it's just a relaxing adventure. The most important thing to do is to interact with items and people to learn your next move. It's not that difficult, but I like that EVERY SINGLE ITEM leads to some kind of interaction of dialogue, that's somethiong that does not happen in every game I played for sure!

Mapping is well done, the assets are used competently and each location is belivable and unique: the sea palace is populated by fish-men, mermen and mermaids, the forest has nice plants and trees, and nothing feels out of place. Every location is full of details, dialogues, and interactions.
And what about the music? I liked that! The music is by Freedom House 2nd, and I think it was an excellent idea since you will not hear the usual tracks you have already heard before, and it's quite appropriate to the mood of this game. 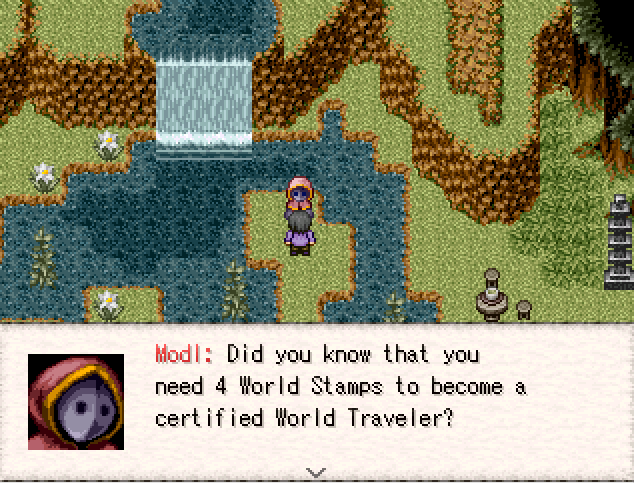 No, I did not know. Anyway NOW you will understand why I said that this game was planned to have at least four different worlds!

Final Verdict
Ok, Dreamaria is short, incomplete and still it's simply fun! I liked the setting, the dialogues, the plot, the characters... it's a little game with some character and style that make it cute and heartwarming. It's such a pity that it wasn't completed because I had fun with it and the (unexpected) ending, well it made me sad! Anyway let's see: there are no bugs, nice maps, nice music, and simple gameplay that consists in interacting with people and items to progress. It's simple, easy but still competently made and interesting, if you have 30-40 minutes to spare and relax a bit. Oh and you can save whenever you want! Isn't this lovely?