The Colors of the World!

CUTE!
This is the word that immediately came to mind after seeing Paletta pics. Oh and mind that the title is "Paletta", not "Palette" , that's a freeware adventure game by Yoshitaka Nishida (Finger Puppet) made in RPG Maker 95 (I admit that at first I mistaken the two games for the same one!).
Paletta is instead a Palette is a RPG Maker VX Ace adventure puzzle game created in three weeks for the IGMC 2017 by CosmicLatte, that earned the 2nd place in People's Choice Vote and 7th in Judge's Choice. Not bad.

The premise is this: a clumsy thief stole a crown but drops it and the crown shattered in pieces. Without the magic of the crown, the king became a mere mortal and withered slowly until death. And after the king's death, the colors disappeared and the princess ran far, far away. The title of the game, Paletta, is the name of a young girl, that is traveling through a world that has lost its colors, restoring them to each location. It's a plot that seems taken out from a faery tale, isn't it?. 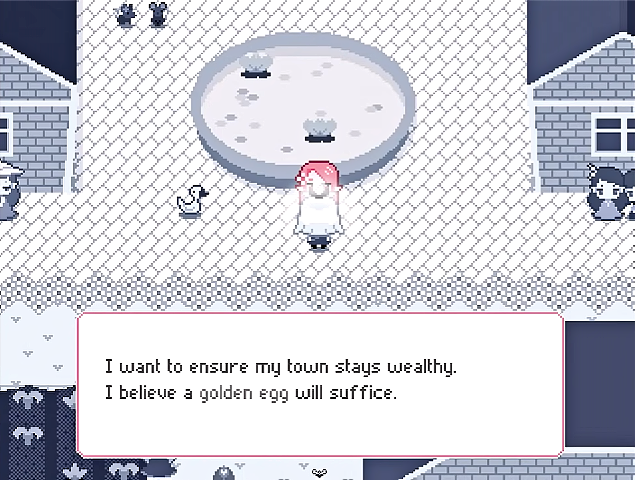 I hope you aren't asking Paletta to lay an egg. She's a mammal!

This is an adventure game in which you have to recover the shards of the crown and this means walking around, interacting, collecting and using items, nothing new and nothing difficult even if some parts will require some trial and error. I admit that the first areas and puzzles looked better designed than the later ones, but it's quite interesting due to the presence of powers. Oh yes! Paletta will in fact earn some magical powers like super-strength, sleep or invisibility that are used to solve some tasks in the later parts of the adventure.
Finally there are collectibles, 99 flowers to be exact, some are really easy to find while others are cleverly hidden... anyway this is an extra that changes the ending just for a single line, this is in fact a linear story, so don't expect too much from this little game that took me just one hour from the beginning to the end.

Anyway the best aspect of this game for me it was the style: from the sweet characters (there are shapeshifter, talking cats, scarecrows, gods and so on) to the cute sounds that includes some "beeps" during their dialogues, from the beautiful music to the nicely designed environments and the use of colors, the game has a distinct and excellent atmosphere. While not overly original, it's like a sort of faery tale with many peculiar little fantastic characters, and my only gripe is that the ending is totally abrupt, and considering the beauty of all the rest of the game it's a pity to see such a rshed conclusion to the story! 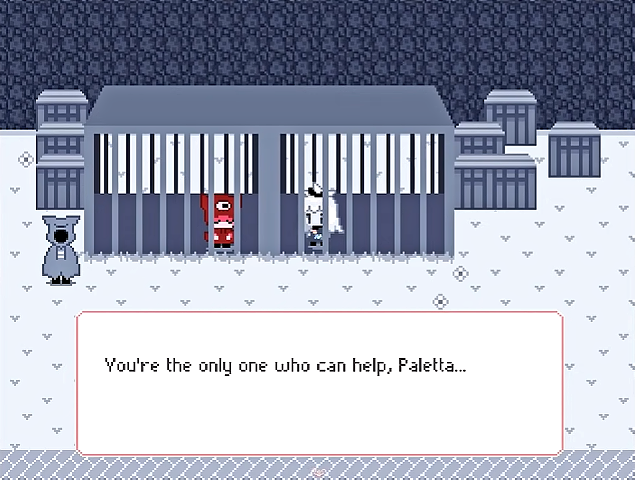 Ok, not to disappoint you, but Paletta isn't really in a good situation right now! Will she escape from jail? And how? See in the next episo... no wait, just play the game!

Final Verdict
Paletta is a nice heartwarming experience, and the flaws of this game are clearly due to the short time in which it was developed: the abrupt ending, the scarce use of the various powers that could have been much more interesting if this was a bigger and longer adventure, but yes, this is not really a defect, I guess! This is still a cute little game with some really nice graphics and music. Still very good anyway!