Such a charming little story...

Name: Emperor of the Moon

This is another translated game that Goddiga has uploaded in English.

Story: You play as Wenshan, a concerned citizen that is upset that the empress has fallen ill. Fortunately, the empress's pharmacist, Roushue kindly greets all of the empress's well wishers and informs them that the empress's life is not in danger. Then he poisons with a sedative in your tea and locks you in the dungeon! Upon escaping you learn that he's an assassin sent to kill the empress by the Emperor of the Moon! What a jerk! 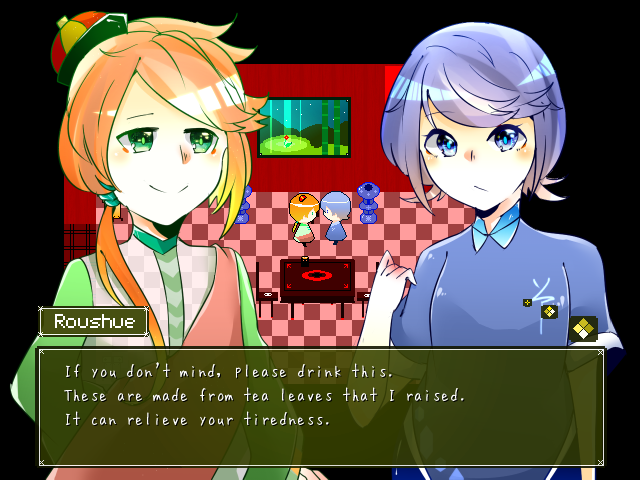 And you know, when I read this line, I was just thinking that you shouldn't drink tea from a stranger. I don't know how I knew it but I just did!


Writing: As usual for Goddiga's upload, the translation misses more than it hits, but it's easy to understand the story, and follow it. The game focuses mostly on the story to the extent I nearly thought it was a visual novel, and there is easily more story than gameplay. The story does quite well. It establishes the characters nicely, develops all four of them quite well, establishes the situation, and then brings us very nicely to the game's conclusion, which promises a sequel. For all of its flaws, I really liked this story. The twist feels unearned and comes out of nowhere, but given how short the game is, that feels like a relatively minor gripe. Unfortunately, the twist is used to divide the main characters between a clear Us-Versus-Them, and I feel like that simplifies the story when it deserves more nuance. Overall, it's quite charming, and the twist kind puts a damper on it. I understand that that twist draws on spiritual lore, but I just think it was very poorly executed in the context of the story. I'm not saying it should have done. I just think it needed more setup (and to be fair, there was a little setup for the twist, but not as much as it needed.). In retrospect, it seems like there was more setup than I was seeing, but it got lost in translation. 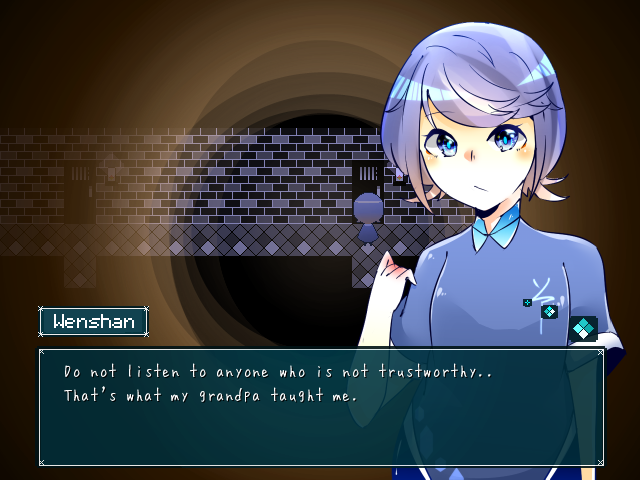 
Gameplay: The gameplay is very simple. You start out in a dark room and have to find the light. Explore the very small dungeon and talk to the first prisoner, following his instructions. Eventually, he'll give you the key after you've obeyed his instructions. After that, flee the monsters that chase you through a maze. There's very little gameplay. It's almost entirely story, and the last bit of gameplay is merely trivia, with one simple question requiring you to count the number of a certain objects in the room, the second being an equation with a trick answer, and third being an obvious fork to which ending you get. 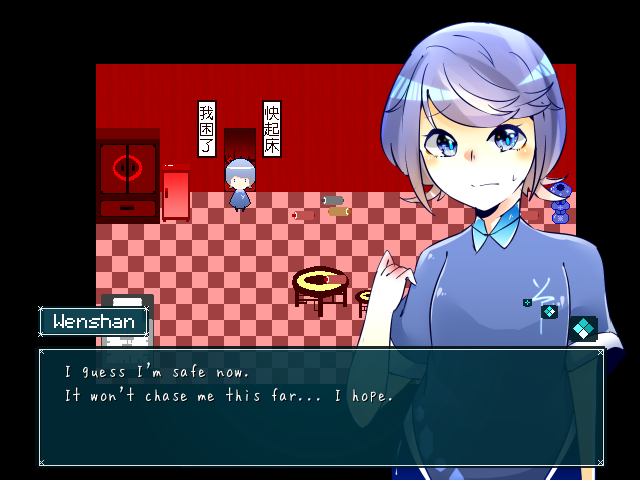 
Graphics: Very pleasant pixel sprites and tiles with very pretty hand drawn character portraits. This is a very pretty, visually pleasing game that evokes the image of Imperial China. I love everything about these graphics and character design. They are wonderfully showcased and the artist should be proud.

Sounds: Here's where I have my real problem. The music is very good. I don't recall much about the sound effects, though because there is one effect that drowns them all out: that horrible, obnoxious, screeching teletype sound effect that is like nails on a chalkboard, is the loudest sound in the game, and you have to listen to for every single letter of text in a game that is mostly text! My poor ears! Get that out of here! Why would you even do that??? 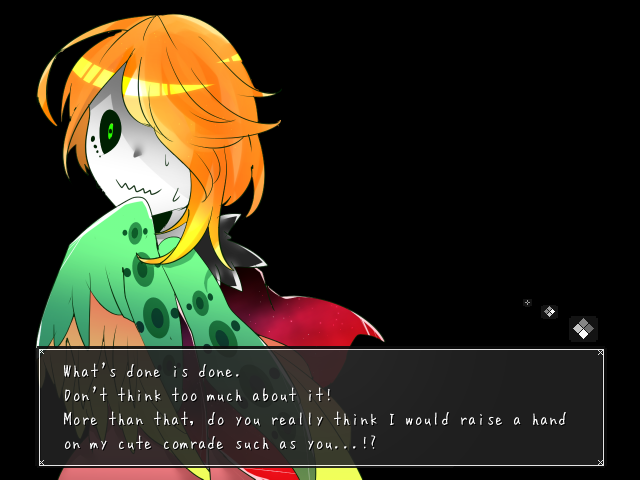 Your definition of "cute" is very different from mine.


Conclusion: This is a wonderful game and I recommend everyone play it. Unfortunately, you're going to have miss out on some fairly decent music because I absolutely recommend you turn down the volume on account of that teletype sound effect.