Shine On You Abyssal Diamond

Full Disclosure: Some RTP animations I edited were used in the game, but I was not on the development team and had no input in the making of this game.

Abyssal Shine: Nevermelt is Fomar and Indrah's entry for last year's IGMC. An ancient relic of immeasurable power has been stolen from the secret order of the Abyssal Shine and Evander and Anwar are dispatched to bring it back. They are joined by shark hunter Riya and later by the spelltheif Stella as they quest to recover the stolen relic.

While this is a game made for the IGMC, it has a decent length to it. If you go for all the sidequests, it could take you as long as five hours to complete, and there's a lot here.

I would actually argue that the weakest part of the game is its opening. We get an explanation about the order of the Abyssal Shine and the stolen relic, and Evander falls off a ship, is stung by a jellyfish and almost drowns until he is found by Riya and nursed back to health.

That's all well and good, but it feels a bit rushed, and we are told rather than shown the days following up from that until the adventure begins properly. I understand that this is somewhat of a necessity in a game for a contest, but I feel like it gives the game a weak opening. Also, while I enjoyed almost all of the music in the game, the one that plays while the days go by and Evander recovers is a very repetitive piece of music that really didn't suit the longer scenes. 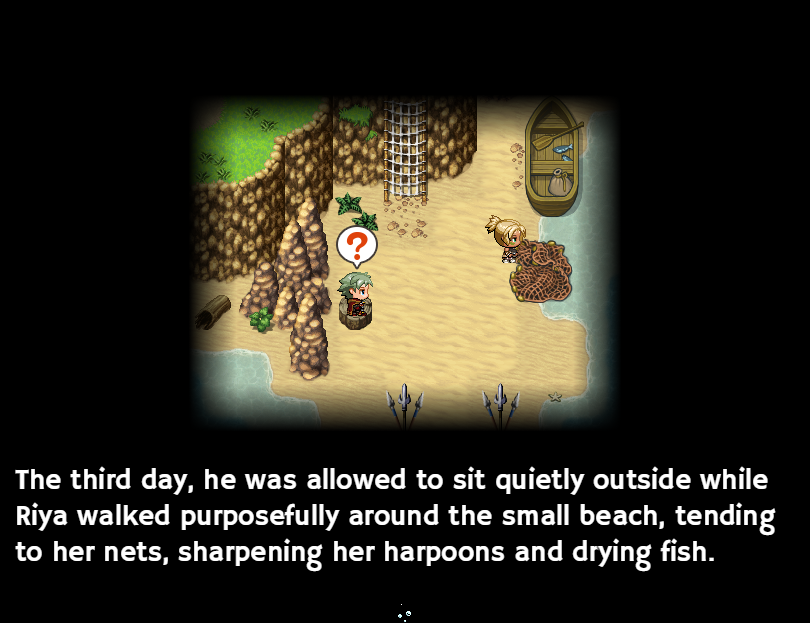 After the opening, the game begins for real and you get control of the characters and I find things improve significantly as you go along. I absolutely love the tropical setting and Indrah's mapping brings the locations to life. Beaches, undersea, caverns and eventually an ice cave and an undersea temple await you, ready to be explored!

The games locations all feel wonderfully alive, crawling with crabs and critters on the surface and the seas teeming with fish and other ocean life. Eventually, through magical means, you are able to speak with the wildlife as well, turning them all into NPCs of sort. I feel like the locations themselves are the strongest parts of the game, beautifully mapped and polished. Traveling from one local to another was a lot of fun! 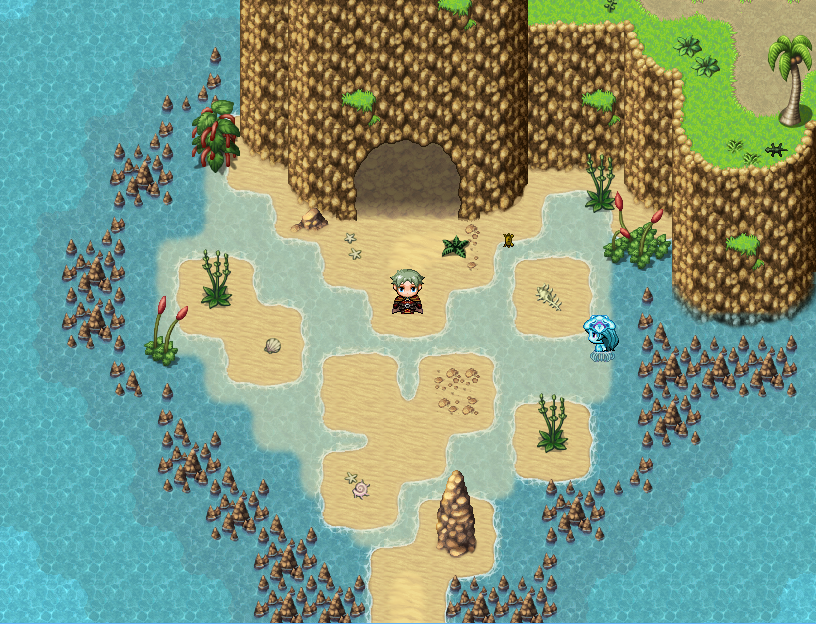 I was also a bit surprised by the characters. In a game restrained by the contest's time limit, I wasn't expecting much from the characters, but they really do continue to grow on you as the adventure continues. Evander seems earnest but a little naive, Anwar seems to be his more realistic but often annoyed friend, and Riya is the strong but mostly silent hunter, but all these characters (and eventually Stella, the spellthief who puts on a persona of being more important than she really is, but is actually a big sweetheart) keep showing you new sides of them as the game goes on.

It's nothing mindblowing, but I found it kept the characters feeling endearing, and it really felt like I was getting to know them more and more as the plot progressed. The plot itself is the hunt for the relic, which seems simple on the surface, but gets a bit more complicated as you get further in. And, as is often the case with Indrah and Fomar's games, really does feel connected to something much bigger than just the events of the game itself. 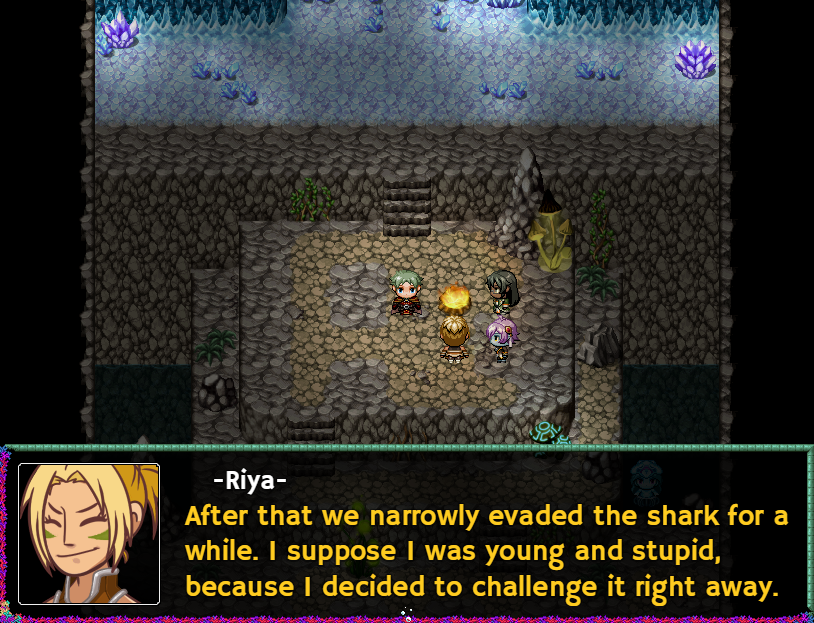 Let's get into the gameplay proper here. You've got your usual RPG formula here of exploration, item collection and combat. The combat feels pretty good, with each character having a definitive role. Evander's the basic mage, with fire and later lightning magic. Riya's your physical powerhouse, who can cut through enemies' armor and has a nifty jump attack, and Stella is a blue-mage type who can steal skills from certain enemies and learn them for herself, as well as absorb MP from targets when she's running low.

Anwar is a little more complicated. He's a geomancer and his skills can generate Ley Points and Ley Lines (displayed at the side of the battle screen). At first, there's not much you can do with these, but quickly they become a key part of battle, and the party can use them to unleash more powerful moves. In addition, you can find key parts of the lands you visit which will teach Anwar (and sometimes his allies) more skills that use these lines and points. It's a neat addition to both exploration and combat. 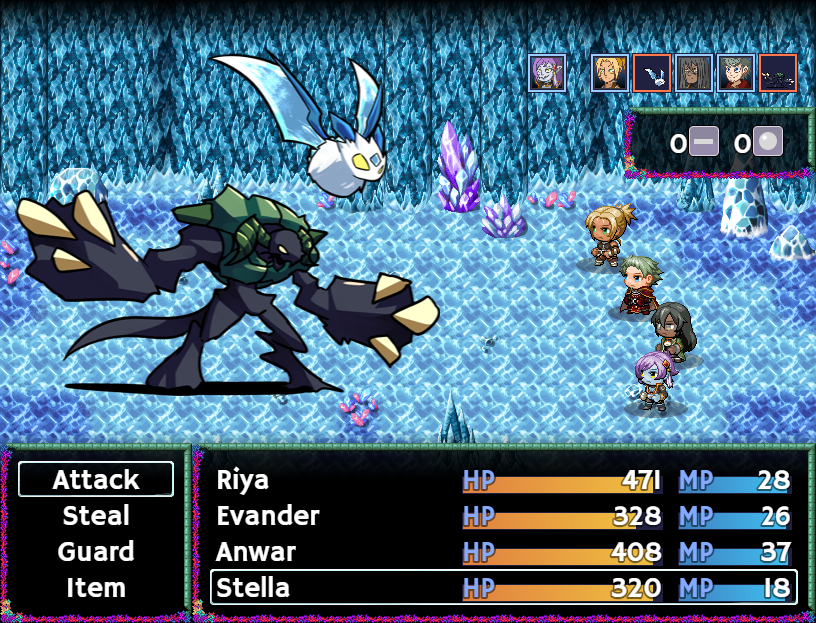 In the mix with the combat and exploration are several puzzle elements unique to each area. In the beach area you'll be riding the currents (and making bridges with driftwood), in the caverns you'll be using orbs to clear different colored roots, and in the last dungeon you'll be reflecting light to melt ice and open up new areas. These are all very well done and fun puzzle elements, and add a lot to the total experience.

There are also several sidequests involving crabs, sharks, and bats. I was often surprised at how deep some of these went. For example, in the cavern, there are two warring clans of bats, and you can find beaten bats on the ground who you can heal with items. This leads into quite the chain of events that I won't spoil but involved a lot more than what I was expecting.

This all leads into probably the biggest downside of the game. There are no towns or anything, and the only safe areas are pretty much the camps between levels, so you don't get much of a break between areas. If you want to finish all the sidequests and find all the secrets, some of the areas will wear down on you. I was feeling particularly burned out in the caverns with the colored roots, because doing the sidequest and also juggling the orbs I needed to make the roots go down was taking a lot of time.

Luckily, there's a Key Item that both can adjust your difficulty, and more importantly (to me in this instance at least) allows you to set how often you encounter random battles. Once I was feeling that the cavern was dragging on too much, I was able to set the random encounter rate to something much more manageable for that section of the game. 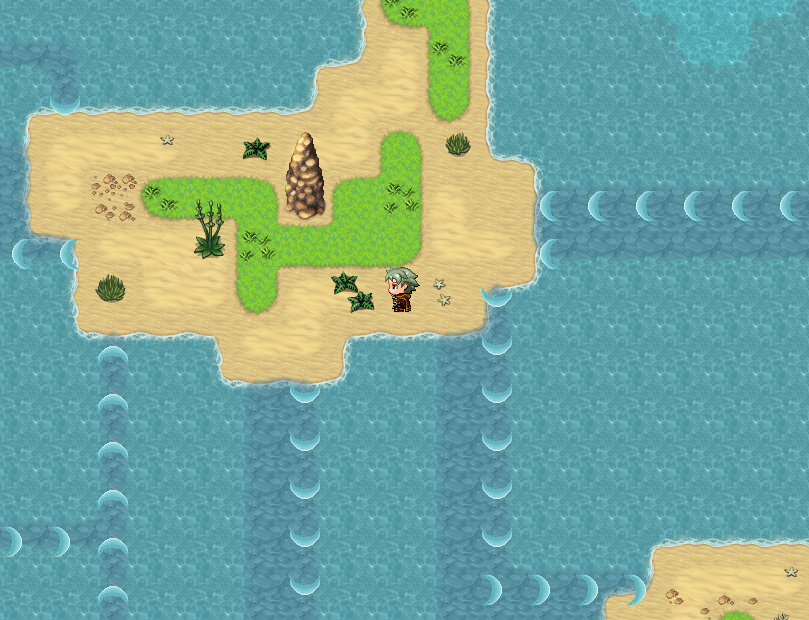 Aside from that last issue and the somewhat lackluster beginning, I really enjoyed Abyssal Shine! Great characters and combat, wonderful locations, and a fun little adventure! I had a lot of fun with this game and definitely felt the hard work that the devs put into it paid off! Also the merchant character is a jellyfish girl! You can't go wrong with a cute jellyfish girl!

Close
11/10/2018 07:44 PM
Thanks for the review! It's more than fair.
It was a really hellish month of grind, which is why it got made at all, but it always feels like a drawback because there's no time for polish and we just want to move on to new projects rather than come back to old ones. Maybe someday...
Fomar0153 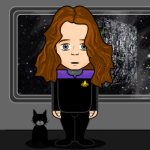 author=unity
These are all very well done and fun puzzle elements, and add a lot to the total experience.


Made me feel great, I always want to do puzzles for the dungeons in our games but they're always the thing I run out of time for, so I'm especially happy that they were well received.
Once again thank you for the review!
unity