A Short Game About Rescuing Penguins

My playtime: i don't really record it, but i think it's around 18 minutes.

Intro
Grimps: A Christmas Puzzle is a short puzzle game about a penguin that's going to save their friends from a green creature called Grimps. There are 5 levels + 1 boss level in total.

Graphics
The graphics are cute looking; I like how the Grimps and the penguins are designed. The level designs are also well thought. I also like the animations on the ending. 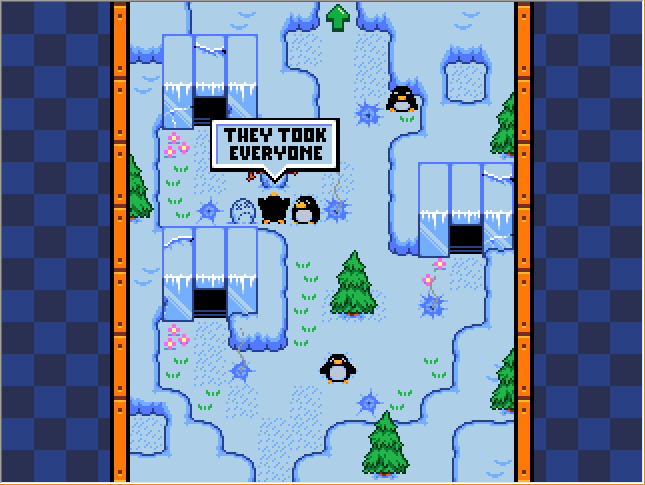 
The game
The game starts with a tutorial where you'll be introduced with the game's mechanics and learn the control. After you go through a few screens, you'll be brought up to a screen that contains the "main story" and the levels screen afterwards.

As i said before, there are 5 levels + 1 boss levels in total. The puzzles in the first few levels are quite easy, although the one in the last few levels are not (but it's not that hard either). The game basically wants you to reach the upper screen while the ice cubes, gates, and Grimps will prevent you from doing so. You'll die when you touch the Grimps and you'll be forced to restart the level if you die. If you stuck on the level (because you pushed the ice cubes in the wrong way or something), you can also restart the level with escape button. 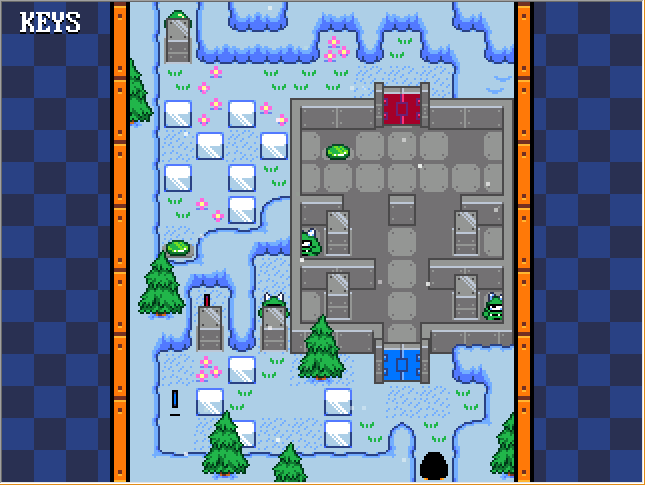 So many ice cubes..


On the boss level, you'll be asked to do basically the same thing, except that you'll have to rescue the penguins instead of reaching the upper screen while dodging the boss' bullets. It's quite fun since you have to think fast in the given amount of time and i really enjoy it.

Cons:
None except no save, but the game is short enough that you don't really need to save

Conclusion
This is a good short puzzle game. If you want to try puzzle games, check this out.