Join the official Discord server for the most recent
development progress or to chat and hangout with the dev and fellow fans! 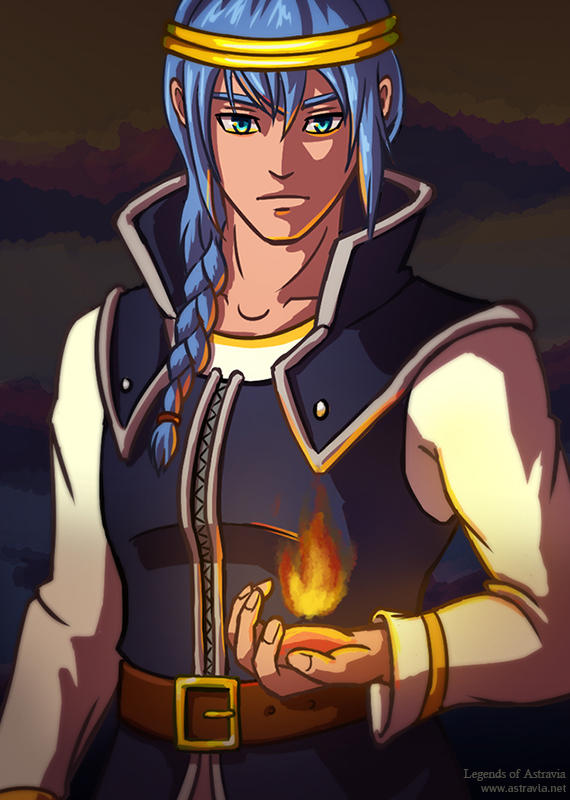 Dive into Astravia, a world of magic and mystery filled
with bold quests, engaging battles, and compelling secrets.

Legends of Astravia is a story-driven JRPG with puzzle elements
inspired by games like Golden Sun, Chrono Trigger, and Grandia.

It was originally created for the IGMC 2017 contest, but what was supposed
to be a small game turned out to become the introduction to an epic RPG.

The game starts off in Mordin, bordered by swamps
and forests on the western edge of Astravia.

You play as Oliver, a man discovered unconscious in the woods by a
mystician--a person born with the ability to conjure powerful magic--named Azel.

At a loss as to why or how you arrived there, you
journey with Azel into a nearby sanctuary in response
to an ominous threat, only to be greeted by a shocking revelation...

Engaging, character-driven storyline that will keep you attached until the end.

Plenty of monsters, but no random encounters! You choose your own battles.

Various dungeons, caves, and towns to explore with unique puzzles and characters.

Many side-quests with special rewards.

Centuries ago, before calm villages and thriving cities,
we were fated to perish at the brink of an inevitable apocalypse.

…and we begged to the Gods that our world would not be taken from us.

It was then that two figures appeared, casting their shadows across the horizon
and blotting out the sun. In awe of their presence, the ground went still
and the fires went silent--order returning to Astravia once more.

Hailed as legends from those who survived the Cataclysm, the First Shadow
was generous and powerful, but the Second Shadow was neither.
The two performed miracles said to be as dangerous as the
Cataclysm itself, digging seas with the wave of their hands,
shaping mountains with their shouts, and growing forests with only a whisper.

Perhaps their greatest feat, however, was their ability to
take the form of whatever they pleased.

And when the two Shadows grew tired of admiration,
they took the forms of mortals and vanished into myth.

The remnants of their power…the Essence of their divinity, is all that remains to us.

I typically make most of my updates on itch.io, including weekly devlogs (which I will begin linking here).
You can also follow me on Twitter or join the official Discord server for updates and occasional easter eggs and progress images I don't post anywhere else.

Want to contact me privately? Feel free to message me on Discord (Jaiden#5195), or email me directly. 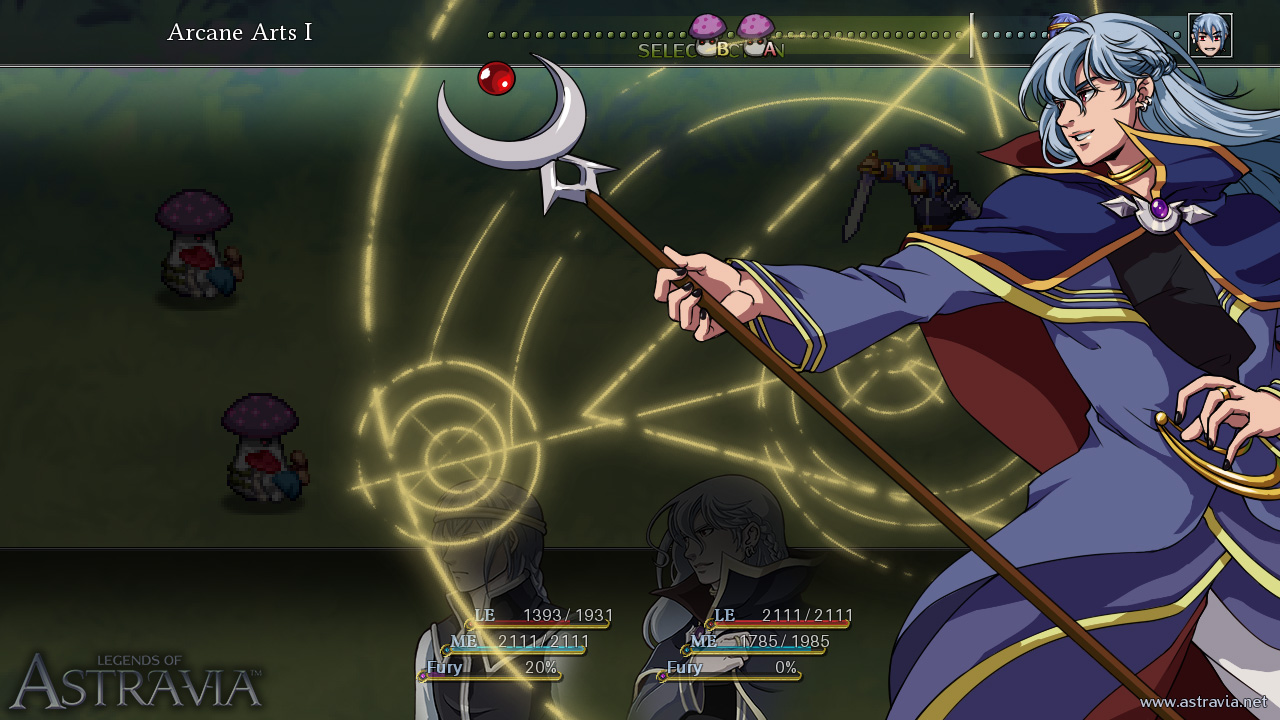 It's been a while, but it's safe to say the less you hear from me, the more I've been working. Here's another developer's log to update everyone on the state of the game and what I've been working on since the last update.

As a reminder, you can follow the game's Twitter or join the Verified Discord server to get updates more frequently.

New Battle Sprites + System Improvements
In the last devlog, I talked about the various changes I was making to the ATB's design. Now, 4 months later, that design has been refined and plistled together with a new interface--and new sprites!

Visually, a lot has changed, but here's a breakdown improvements made:

Still, some areas need improvement. The animation timing is still clunky, and some actions are simply too fast. This is something I hope to improve before the demo.

Also, Azel has received a pretty cut-in graphic similar to Oliver's, which was posted in the last devlog. Just like the last, the lineart was commissioned by the talented Ryuuen.

Cutscene Preview - Introduction
During this time, the story and dialogue has received some significant improvements. The story is nearly flistly outlined at this point, and the opening area of the game was completely restructured to fit the new narrative. Still, with all the updates posted, the story is rarely touched on.

Here is a video of the first exchange in the game, between Oliver and Azel:


The sprites here are due for a makeover as well, in time. The text noise can be toggled, but the sound itself may need to be modified before the demo release.

Next Steps
While we're still quite a ways out from a public demo, beta testing will be essential in polishing the game up beforehand. If you are interested in helping test an unrefined version of the game when it becomes available, be sure to join the Discord server!

I have some outstanding colleagues that I have commissioned for some of Legend of Astravia's art, music and writing, but listtimately I am still a solo developer. And, because this project is not my flistl-time job, progress will continue to be delayed at times. The current goal for the kickstarter is September of this year, and the public demo a little bit before.

Quite frighteningly, among all this is a global pandemic. I am very fortunate to have not been affected financially or personally yet, but I wish everyone else out there remains safe in this trying time. As always, thank you for your support. -Jaiden

The beginning battles could be quite difficult if I didnt get the better sword, especially if I stumble into one of those 3 mushroom groups. In fact I died once to one of those. Where was teh escape option? Also big thing, defend is literally useless. It doesnt seem to decrease damage at all whatsoever.

Anyway the demo is pretty good but there's a moderate heaping of cliches. I really like all the secrets and stuff, they can be easy to miss but dedicated secret hunters will get a good challenge. Pays off too, the better sword in particular is EXTREMELY useful.
Jaiden


Thanks for the feedback! Yes, demo is quite short right now, the game is still heavily in progress, so I can't wait to release more.

I have received feedback that those battles are too tough. The troop of 3 is definitely not supposed to be there, so I'm going to fix this next update for sure.

The escape option was touched upon in the battle tutorial, but I think I need to make it more clear to the player.

Well, dang, defend is indeed useless. Thank you for pointing this out, that's definitely a bug that will be addressed next update as well.

I'm glad you liked the mapping and the secrets. This is a sort of weird XP/VXA hybrid, but the mapping is all done in XP.
Starmage

Close
02/26/2018 08:29 AM
I have tried out the demo and wow! I really am enthralled with how atmospheric everything was! The mapping was very nicely made and I noticed it is using the XP tile-sets, and I've always loved the XP tile graphics. xD

The battles were fast-paced and fun (though I did quite a few times with the shrooms >.< ).

Still, I know it is in demo phase, but I can already tell that this is going to be a great game! :D
jpetersjr
0


Thank you! I hope you enjoy it :)
Shade_Hunter

author=OzzyTheOne
Only now I have realized that I was not subbed to this gamepage yet. I fixed up that mistake!

OZZY HOW COULD YOU

I'll be sure to be better about updates here for you and all the lovely subscribers.
Pages: 1