Puzzling, to say the least...

Story: Deprimerie follows Tyson, who wakes up to find his friend's house burning. Running to save her, he's too late and she's seriously hurt. While he and his friend's family worry if she'll be alright, Tyson is just suddenly in a dream world where he can buy a vacant house for 8000 Deprimerie Points. But he can't because he doesn't have any, so he goes out into a world where he's attacked by his worst feelings. This game has a plot that would confuse Salvador Dali. 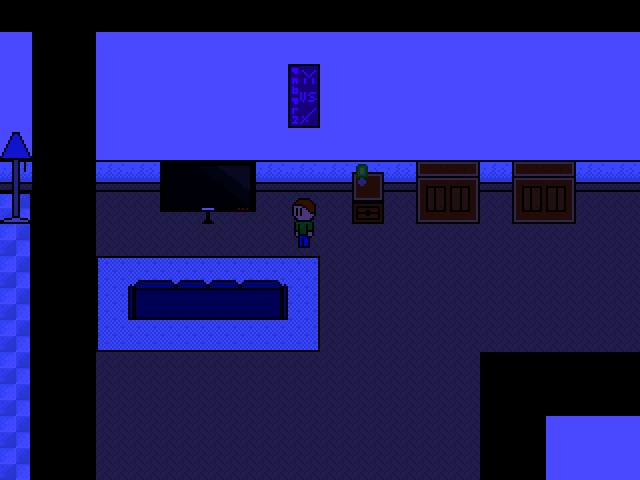 I wouldn't want to change the lights in this house...


Writing: There isn't much but what's there is good. A lot of it is reminiscent of Earthbound. There's not a lot of dialogue, but there's a fair bit of interaction. The story gradually reveals itself through character interaction as you learn more about the place you're in. There is a really neat premise to this game, but on its own, it's not enough to carry the game.

Gameplay: Gameplay's not bad, but it's paced poorly. The first couple of puzzles aren't too bad, but after that, the giant maps just kill everything. Encounters are onscreen instead of random. Combat is...not button mashing! It's nice to have to think about what you're doing. Unfortunately, it's not varied enough for the amount of fighting you're going to do. Puzzles take forever to complete because you're walking around this enormous map trying to get from point to point, and it takes forever to do anything. It seems like fights are just there to break the monotony, but they get monotonous, too. Also, the map is sort of maze-y, but not really. It's easy to find your way once you know where you're going. After about two and a half hours, the game is just so repetitive, I've lost any real interest in the story.

Now, time to go to the next switch. Better make sure I brought enough food in case I get hungry on the way...


Graphics: Graphics are great. I have to say. A lot of work and passion went into this game, and I feel really bad giving this a negative review. These maps are just so huge and it's such a chore to get from point to point. It's particularly obnoxious to do puzzles on these enormous maps when all of the switch contacts are on opposite sides, or through the maze portions that aren't really a maze, but you have to go back and around and then up and then right and down because you can see it, but you can't just go to it. You need to do a minute and a half of walking first, avoiding battles, or getting hit by them.

Sound: The music sounds really good, and looking at the files, it looks like the dev composed the music themselves. I have no complaints about the music at all. 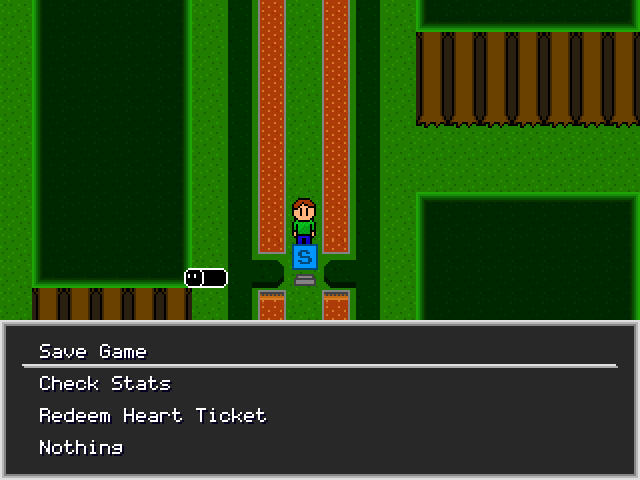 "Somebody saaaaaave me! Let your warm hands break on through."


Conclusion: This game isn't terrible. It's not poorly made. It's just really not streamlined and it really hurts the game. The dev clearly wasn't trying to make a walking simulator but that's what they've ended up with.

Close
02/01/2019 05:18 PM
Thank you for the honest review, pianotm! Yeah, I'd have to say that I agree with most of your points. The maps ARE way too huge. I'm sorry that was enough of a turn-off to ruin the game a little bit for you! When working on STORM of the Future (the commercial version), I'll try to downsize some of the maps to make it feel less walking-simulatory. However, I'm delighted that you seemed to have enjoyed every other part of the game. I'll take this feedback to heart to make STORM of the Future the best possible Deprimerie experience I can!
Pages: 1