Foreword:
Long ago in 2009, the golden age of RM game making (at least in Germany), the community was heavily flooded with fantasy rpgs which had their classics but mostley played the same. My intention was to create something different and especially to provoke by making my game a little less political correct. I gathered a lot of ideas from crime shows (which we have far to many in Germany) and some weird anime thus I played the "Dooms" series from MR BIG T which gave a huge part of inspiration.
Ultimately I ended up with a game called "Lemtingas Metas" which was ok for it's time but didn't age very well. After someone made a request for a LP I decided to change and tweak a few things and ended up with a complete remake of the original.


Story:
Germany, 26th of April, 1998.
The hardened detective Jonas Stark is on a hunt for a brutal killer whos ordered by a secret organization called "the Circle". Yet no matter how close his investigations get, the Circle always seems to be one step ahead and even the killer is much closer than Stark might think.
After he loses everything, he decides to solve the case on his own and stop the cirlce from fulfilling their terrible plans but,... can he?


Features:
-A dark and sinister story about a cop trying to do what's right, no matter what.
-Explore huge areas, filled with unknown dangers and some secrets.
-Six deadly weapons to fight your foes.
-The free decision to sneak past your enemies or to face them in combat.
-Visual novel segments.

Closing remarks:
Don't get confused about me talking about 2009. This is a fundamental remake of what the original once was. It took me days and countless hours but also let me experiment with new techniques and ideas.

The titel says it all. My new game is basically finished but instead of releasing it directly I would rather have some people with english as their native language do some proof reading first.

A HUUUUGE thanks goes to Kaempfer.
Awsome job dude!^^

I just tested that with my beta copy and I haven't redownloaded the game, so I could be wrong. If the shift key doesn't work, check your inventory to see if the extra ammo is correctly there.

edit: yes I did mean the full version
pianotm

I'm so used to thinking of downloads as demos, but yes I meant full version! Oops!
Nicetwink

There are still a lot of ideas left for a sequel but only on another engine.
GameMaker perhaps. Let's see what the future brings. ;)
Zero445 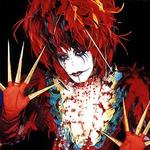 I would recommend against a sequel as the story is pretty self contained to me. I would like to see more games in the same style as Grimorum though, that is to say, story driven shooter.
Red-Cube

author=Cookietherookie
This game was fantastic! I had a blast playing. I'm off to play Wartools next.

I would recommend against a sequel as the story is pretty self contained to me. I would like to see more games in the same style as Grimorum though, that is to say, story driven shooter.


Thanks.
In fact, there was a sequel planed back in 2009 but it got cancelled early on.
It would have focused more on the survivors of part one but I got your point.
Maybe I'll translate another of my games if rpgmaker.net survives that is.
Pages: first prev 12 last