0 reviews
Save to Dropbox
December 25th is currently in development and not finished yet!

~ Story ~
What's more special than finding out what Santa brought you this year?
And then you realize that Santa seems to have forgotten about you... So you try to find a way to contact him and make him aware...
Well, now your adventurous journey of finding your Christmas presents begins!

Being a nosey, happy-go-lucky pre-schooler, you awake on December 25th, only to find that Santa hasn't brought any presents this year. Your parents can't help you and your neighborhood doesn't seem to care much about your pressing problems, so you decide to take matters into your own hands, contact Santa and save Christmas and it's certainly most important characteristc: receive your presents!
While turning every stone and inspecting every nook and cranny, you uncover a lot more than just the reason why Santa is late to the party...

~ Features ~
(might change and will be updated)
- custom graphics and items
- multiple endings
- most things can be interacted with
- hidden features / easter eggs for great replay value
- a light-hearted story that turns out not to be so light-hearted at all...


~ Side note ~
This is a beginner's work which I started to get a hang of game design, storytelling and RPG Maker VX Ace mechanics, so expect slow progress and probably messy code (which I hope I'll get better at). :)

Just minor things to be released in the upcoming versions :)

so the 25th has already rolled around the corner and this is just a minor update showing some progress in regard to characters and mapping but since none of these are completely finished, there won't be an update to the demo version this time. It just wouldn't make much sense.
First of all, I've been working on busts for Aunty Cassie and Uncle Christian which are almost done by now but still lack some details which I'll deal with next as well as animate their faces. 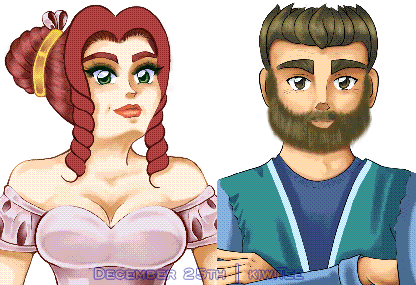 Two new parts of the map will be available to explore next, the first being the church and the second being the shop. Since I started "frankentiling" and creating own tiles from scratch it'll take some time to really have these areas fully implemented (and convincing), but here's a sneak peek at the church in general and its interior with placeholders for different items. For good measure there's also a screenshot from the game thrown in. 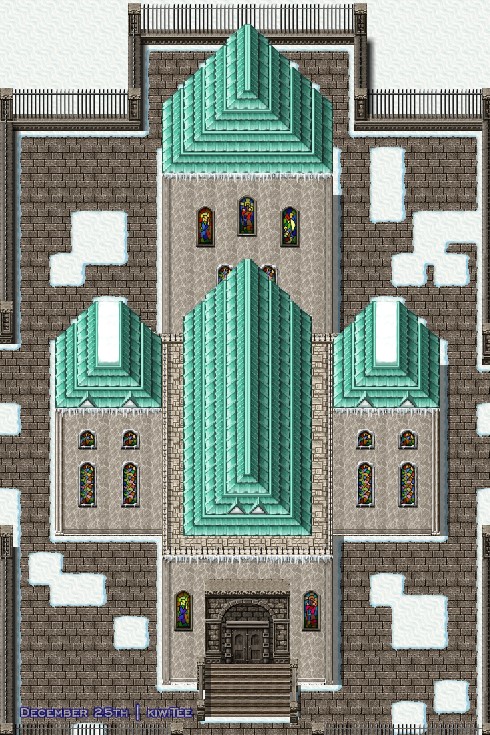 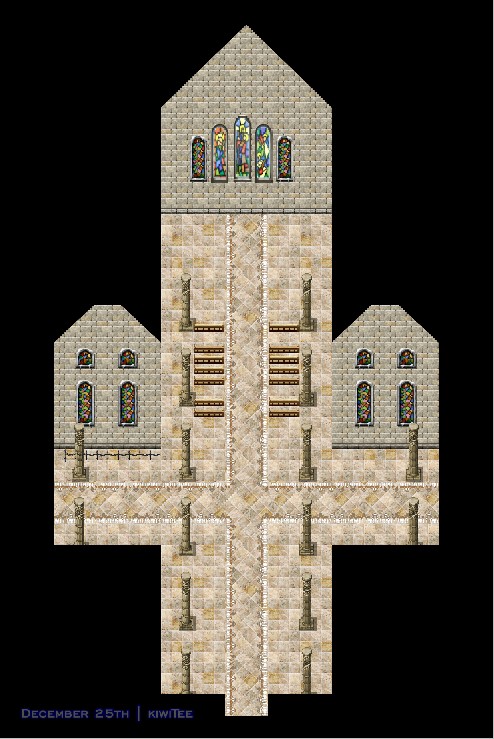 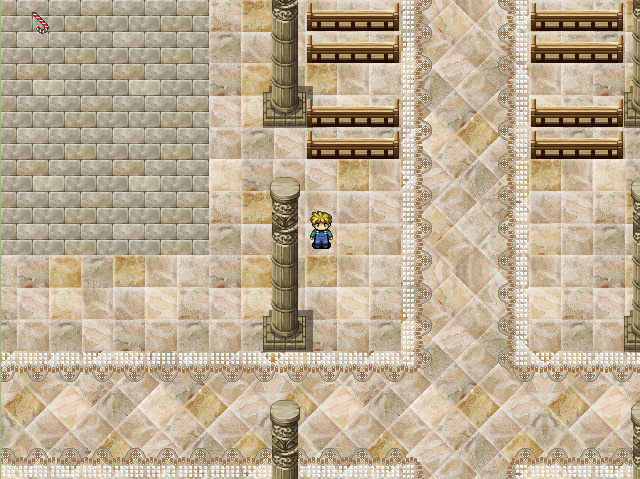 Well, then there are two new details that are actually fully integrated in the game as of now and that's a new idle animation when you keep Nathan waiting for too long. In the upcoming version mouse users will now be able dash as well (finally yay) but there's some tweaking needed still. Yanfly's System options script has been implemented whichs allow you to adjust music, sounds and SFX as well as the windows' color scheme and additional options in regard to auto-dashing and showing text instantly (which might come in handy later, for a NewGame+). 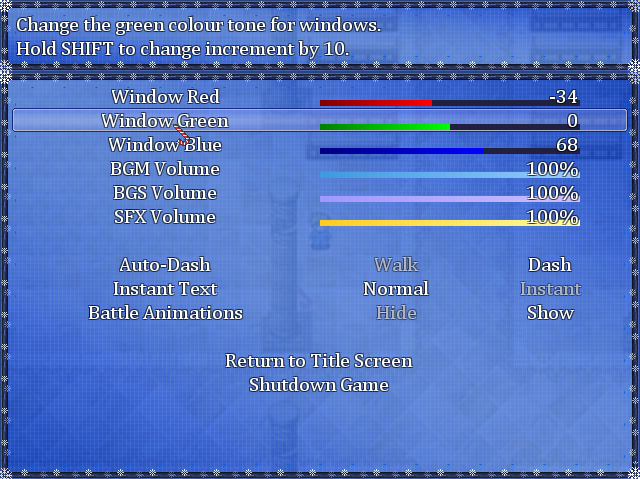 There's no battle in the game, so feel free to ignore the battle animation option. C:
Along with these changes and improvements, a few tiling mistakes have been fixed as well.

Thanks for reading & sticking around, I'ma go get some tea now :)
kiwiTee

author=Muffle
Is this a demo or finished, want to play it (and let's play it if that's alright) but would like the full release. It looks good, I like dark twists ;)


Heya :3
I'm sorry for not making it clear enough that this is just a demo. I've just started, so the game basically gives away the setting and the general plot.
At the moment there are some subtle allusions to dark twists, but nothing that makes too much sense since many puzzle pieces exist in script but are not implemented yet. ;) So, making a let's play would probably not be very satisfying at this point (but you sure are free to do so now or in the future - fellow let's player here as well! :D )
I'm still happy to hear that you'll give it a shot!
Pages: 1