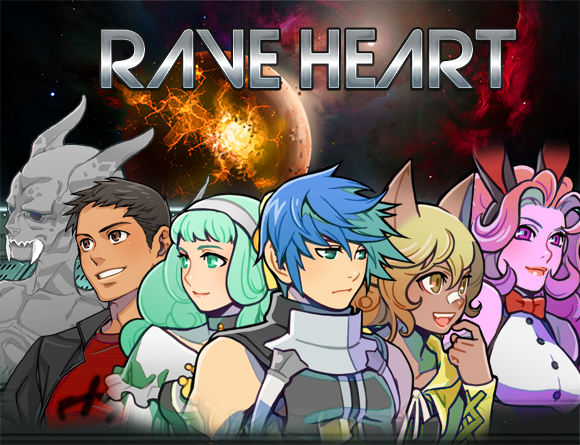 Humans
Humans are an ever-evolving species. For a race that started from primitive humans with apelike features, they have now drastically evolved. It was a great wonder throughout all of Xerxes that the Humans were able to evolve themselves over the years. They now have symmetrical bodily proportions with great features. The Humans' intellectual capacity has improved over the years as well. Now, only time will tell what the Humans are going to be like in the far future. 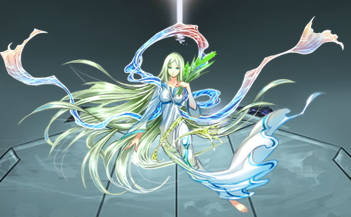 Errans
Errans are the inhabitants of Sector 4. They have humanoid features and are identified for their hair-color with hues that range from sapphire blue to emerald green. Erran's source of food is the natural vegetation of Erra and Orion. Some Errans are born with psychic powers. They are called “Ciphers”. Some Errans on the other hand aren't born with psychic powers. Non-cipher Errans are given the opportunity to study at the Granian Research Facility of Sector 2 or to join the Erran Vanguard. This happens when they reach 25. In Erran tradition, it is said that the rightful heir to the throne must always be a child born as a Cipher. If a King's first born is not a Cipher, but his second is, then the second child shall be chosen, regardless of age and gender. Erran Royalty is also very strict at keeping their royal children's identity a secret from the Galaxy. This is only until they are engaged and married. 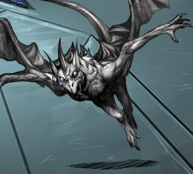 Draconians
The Draconians have reptilian features. They have hard scales and strong bodies. Their kin are very competitive when it comes to power and authority. They have access to the most advanced technologies up to date, thanks to the help of the Grays at the Granian Research Facility in Sector 2. It was rumored that the Draconians eat human babies as food, but was long debunked by Count Vorakia Estuuban himself. The count specifically mentioned that they would never betray their own people, Draconians and Humans alike. What is known for now is that the Draconians only eat raw animal meat for food.

Granians (Grays)
Granians are extremely telepathic beings. They communicate with others using their minds. They are also very intellectual. It has been a mystery that they are able to work together in perfect unison for their advancements. Granians work with one mind and are able to achieve much technological advancement. They have skins with hues ranging from pale white to gray. They have huge oval shaped eyes and their bodies are small and frail.

Gulanians (Greens)
The Gulanians, unlike the Granians, are not telepathic beings. They speak with their tongues like most beings in the Galaxy do. They are more focused on excavations, archeology and manual labor. This makes them the perfect partner for the Granians. Gulanians have the same physical features as the Granians with their small, frail bodies and huge oval shaped eyes. The only difference is that their skin is green.

Kunians
Kunians are humanoid beings with cat-like features. They have very agile bodies and strong senses. The Kunians are rich in culture and are very spiritual beings. The Kunians are the only ones preserving the practice of "Calline" in all of Sector 3. Calline is a tradition among the Kuni where an individual reaching the age of 20 is given the chance to take a soul-searching journey alone around the galaxy and bring honor to their kind. 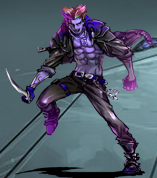 Farians
The Farians are humanoid beings that are identified for their purple skin and hair color that have hues ranging from purple to pink. Most Farians are involved with occultism and witchcraft. They are infamous for the usage of hexes, curses and charms that are driven by criminal intentions. Still, not all Farians are involved with criminal intentions. The occult practices, however, have long been a cultural stigma on their species. Many Farians work underground in Kardel to create devastating hexes and curses with malicious purposes. 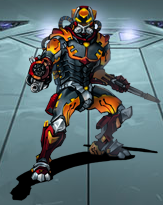 Somaki
The Somaki is an enigmatic race with unknown origins; they're usually seen wearing suits of armor that cover their faces. Their purpose in this sector is unknown. Their body-shape is humanoid in nature and is really muscular. They are usually found lurking in underground areas of the planets in Sector 3. Though there hasn’t been any news of the Somaki causing trouble as of late, still, the people of Sector 3 are very cautious of their presence.