1 reviews
Save to Dropbox
RETURN TO BERYLLUSIR in this thrilling adaptation of Matt Glanville's classic series!

VERAMONDE is in turmoil after the murder of Kaiser Granstem, and the authorities have chased the culprit to the Krisdean border, hoping to arrest him before he flees their domain. They manage to corner the fugitive, but Nastra will not be shackled without a fight. He gives it his all, but soon realises that he is outnumbered and his chances are slim...

Then a stranger intervenes, saving Nastra's life. Seeing potential in this young renegade, the stranger offers him the chance to join a secret organisation called The Legion, dedicated to the protection of human liberty and the extermination of tyranny. Nastra accepts, but he has no idea what he has let himself in for...

His journey will take him over the highest peaks of Higanasu, through the woods and caves of Krisdea, and across the barren wasteland of southern Evancourt. Then, when the broken nations of Beryllusir have been liberated, he will lead their free people back to his homeland to challenge Granstem's maniacal successor... and confront his past.

- THE COMPLETE SAGA, re-created and re-structured, with a revised story and original graphics.

- INCREASE YOUR STRENGTH by recruiting forty legionnaires, to aid you in your fight against the oppressors.

- BEHOLD the return of classic gameplay, including duels and wars, as well as the introduction of an all-new battle system.

Simply download the .zip file, open it up and double-click the 'PLAY.exe' file within to run the game. No further installation is necessary.

ALL GRAPHICAL ASSETS were created exclusively for this project by myself.

PLUGINS USED are the intellectual property of their respective creators: Yanfly, Galv, Masked and Mr. Trivel.

After 10 months of hard work, I was overjoyed to discover this afternoon that my game has been spotlighted on the main page.

I would like to thank the website staff and all those who have downloaded so far for their support and recognition. The development of Legion Saga Arcade was a labour of love, and it's great to see that there are others who have fond memories of the original games.

I hope that those who have downloaded are enjoying it, and by all means let me know if you did. 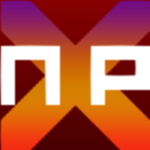 Close
03/17/2018 08:00 PM
I actually discovered that Arcmagic was also working on a remake when I was already deep into LSA's production. I did feel rather bad about it, I have to admit, as I didn't want it to appear as though I was trying to compete with him.

That being said, we have made very different games -- his is a JRPG and mine is a casual action RPG, with greater emphasis on action. I hope that one day he completes his, as it does look very promising.
Arcmagik

author=Cap_H
Now we don't need to wait for Arcmagic's remake.

That hurts me to the core of my black heart, Cap_H.

author=NPX
I actually discovered that Arcmagic was also working on a remake when I was already deep into LSA's production. I did feel rather bad about it, I have to admit, as I didn't want it to appear as though I was trying to compete with him.

That being said, we have made very different games -- his is a JRPG and mine is a casual action RPG, with greater emphasis on action. I hope that one day he completes his, as it does look very promising.

I've been working on mine for almost three years... and the bulk of the game just managed to be completed since December though. I had a lot to learn over that time about game dev too.

Additionally mine stays quite a bit closer to the original trilogy's world-building and storyline material. While there is some clean up of the storyline and some foreshadowing it doesn't mash all three games together and each one will remain their own unique game with their original protagonists so they are quite a bit more diverse than just RPG mechanics.

So it isn't really a matter of competition as the games are vastly different. I did give the game a bit of a try though.

Congrats on it's completion.
Dyluck

I opened another MV game just to check, and sound is working fine for me from every other source.
Sidewinder

As I intended for the game to be fully customised from the get-go, the only way to sustain my motivation was to build it in stages, concentrating on only one aspect of development at a time (this didn't work, as it felt like I was having to remake it again and again, with no sign of completion). The graphics were the penultimate stage, and the soundtrack was supposed to be the final one before play-testing.

But when I began to add sound effects... it just didn't work. I even experimented with a score, as I can also produce music, but even that detracted from the experience. Perhaps this is because I'd gotten so used to playing the game without any sound, but in the end I made a conscious decision to axe the soundtrack as I was confident that it would still be enjoyable without it, if not more so.

Also, it kept the file size down, which was important as I intended to port it to mobile at some point. That's why all of the text boxes unconventionally appear at the top of the screen, to make room for touch-screen controls at the bottom.
Pages: 1