0 reviews
​The world of Psema is a vast and dangerous one. When an entity known as "Mother" reveals to you that Psema's worshipped gods might not be what they seem, you set out on a journey to discover the "Truth", with no real idea of what that entrails, set on a path of betrayal, murder and all too real cruelty. Beware, ignorance is a bliss.

To get direct information about tha various updates of Broken Reality, join my facebook group: https://www.facebook.com/HasturtheCreator/ 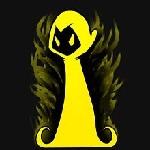 author=Mordred13
Even though I am a blood magus, I am unable to equip staffs. Is it a bug or is there some event I have to trigger?

author=Mordred13
Even though I am a blood magus, I am unable to equip staffs. Is it a bug or is there some event I have to trigger?

author=Cynothoglys
Started a new game as a blood magus. On floor 2, when *spoiler* Azar teleports you with her to the magic school, when I go to leave the room with her 4 professors, I get the error message:


Yeah, another member mentioned that, it will be fixed. For now, go to graphics->tilesets and copy-paste any of the A1 tiles, renaming it as " HF2_A1_1 " (without the quotes). The school doesn't use actual water tiles anyway, it will be fine.
rpgplayer17
0

Close
09/23/2018 12:59 PM
Have a bug to report. When you go up the volcano on urbus and try to cross the bridge to the right with the demons flying around; there's an invisible barrier.
Lord_Rutsah

author=rpgplayer17
Have a bug to report. When you go up the volcano on urbus and try to cross the bridge to the right with the demons flying around; there's an invisible barrier.


Sh!t, and that's one of the most awesome things in the update. Will look into it, thanks.
Alci
0

So far the game is great. I'm just listing some bugs here for fixing.
I organized it to be helpful. Love the game. Beware may contain spoilers.

Floor 1
Show
At Town of Beginning
1) Westside town there's a Barrel interact causing audio/SE/beep_positive_03 missing file
2) Westside Inn- Blunt Sword visual not disappear upon obtain? -unsure about this one-
3) Beer shop Npc- After declaring you go kill rats, but decided not to after entering cellar, npc blocks exit and needs to reconfirm kill rats to unblock -unsure about this one-
4) Random game crash after finish combat -5 col trainer-, change map, exit shop or exit menu only inside the town -unknown cause-
5) Antidote recipes not listed under recipe tab
6) upper oriental weapon merchant has a blank item for sale
7) sewer merchant has a blank item for sale
8) invisible block at town square -map before inside castle- west side near big tree's right side

During Combat
9) Dust throw skill, requires a space after name per use
10) Kalista in combat was pronoun 'male' during Ogre boss fight.

Town
2) inn - if talk to Fortune Teller again. ex: picking the same -100 hp perk will lower your hp again and visually appears to gain nothing? same dialogue as first time. However picking different perks will stack. Potential of 4 perks?

Nao Mission
1) If agree to help sneak or give 5000g there is a loop of doom
2) If pick refuse to help during loop with a map blackout, stops loop but stuck in the theft mission with black out map
3) If spam help Nao steal option repeatedly until map is shown. Pick refuse in order to break loop right after to keep map vision.
4) Also that mission, everything worked fine up until entering mansion, cannot go past those 2 doors oddly

But on this Assassin playthru, I was sad that neither Hana nor MC can wear the tunic sigh.

Assassin still seems to have the lowest hp and out level'd by party members even without hoarder.

Testing if hoarder and white mask stacks. Item boost did not change?

Also what is Sturdy Stat and Prevention -red mask-?cant tell they do.

Thank you for fixing the drop blank off that world boss.

Love the new perk system, I went with Hoarder & Sore Loser cause that's how i am haha.

Next was Charmer & Counter... I might regret the counter pick cause it seems to work better with the sapphire shield and gold neck
Lord_Rutsah

Close
09/25/2018 06:08 PM
Reply to Alci: Fixed nearly all of them (and certainly all the major ones), the next update will be done way sooner than the previous one (basically the next update will be a new whore-house in Asari + the quests associated with it and also various "insanity" events throughout the whole game, where wrong dialogue choices might increase your insanity).

I intentionally copy-pasted the fortuneteller, for players of previous versions to get a chance at perks. I will remove her with the next update.

Also I didn't quite like the way I did perks until now, with the next update you will be able to pick all of them if you want.

Thanks for the bug reports.
Alci
0

Yeah the perks thing. Majority were good trades but some were pretty terrible that it questions whom will take them. Like that 3x fire damage taken was scary.

Maybe add some perks on special mission finish choices? Similar to that cerb boss defeat grants a bonus stat may be an idea.
rpgplayer17
0

Close
09/27/2018 05:50 AM
Bug to report I'm on floor 7 and when I go to battle the sand crawler a error message pops up saying Script 'Enemy Bars' line 258: No Method error occurred. undefined method `boss_bar' for nil:NilClass
Cynothoglys
0

author=rpgplayer17
Bug to report I'm on floor 7 and when I go to battle the sand crawler a error message pops up saying Script 'Enemy Bars' line 258: No Method error occurred. undefined method `boss_bar' for nil:NilClass

Just got the same error myself.
Lord_Rutsah

As for the Boss-bar bug I'm looking into it, but I have no idea what the problem is. Currently asked for help in the forums.
Lord_Rutsah

author=Yakiiro
How can i go to floor 8? i cant use the teleportal


You're supposed to complete the arena battles first... Whiiich are currently bugged. Sorry, you'll have to wait for the next update, hopefully by the end of the week.
rpgplayer17
0

author=rpgplayer17
Is the update still coming?


Yep, I've already done some really awesome stuff for it, but doing even more.
rpgplayer17
0