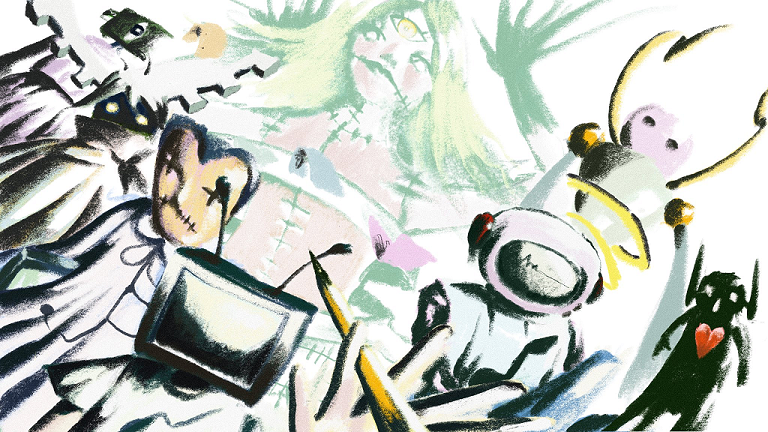 Not Far OFF the Mark

I believe it goes without saying that surreal RPG Maker games have become a staple in the RM scene since OFF's sudden rise to the top in the early-to-mid-2010s. Since then, many games have come along looking to recapture that certain sense of oddity that OFF helped redefine in indie gaming. And I am happy to say that Almari by demonclaus is among one of the most promising attempts at the formula thus far.

Almari describes itself as a "black comedy surreal horror JRPG inspired by Yume Nikki, OFF, Mother/EarthBound, Undertale, the Legend of Zelda series, and the Shin Megami Tensei series" according to its game page. The game is being built in RPG Maker 2003 and has been in development since 2013.

Players are tasked with guiding the titular character Almari in a surreal journey to complete himself. Right at the game's start, we are told that Almari is an incomplete being and are thrust quite eerily back into the conciousness of his mother, Rhea. Within Rhea, Almari must travel to eight different worlds, each themed after an emotion, to attain completeness. 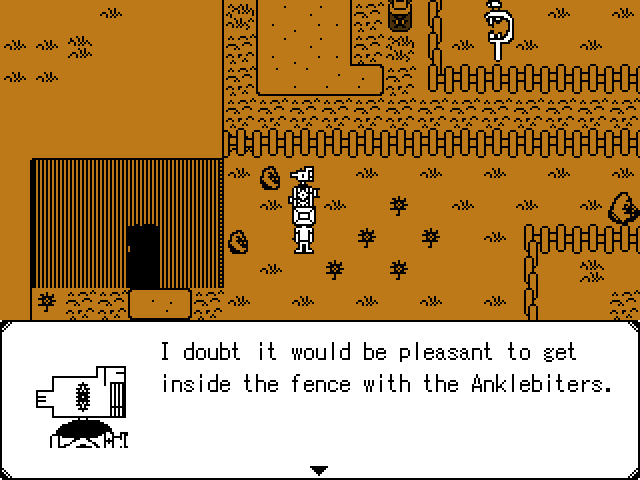 The sense of strangeness and obscurity felt clear right from the get-go, and the premise of re-entering your mother is well established as eerie and unsettling. Within it, Almari explores a bizarre, static-filled hub world with some truly eye-catching background effects. I found myself wanting to stick around this area longer than I needed to, as it sent the best kinds of chills down my spine.

Almari's visual design in general is heavily inspired by OFF, opting for few colors, bizarre, sketch-like characters and a monochrome hero traversing simple landscapes. While it doesn't always feel like Almari does enough to deviate its design from its inspiration and it does take a while to shake that feeling of "Oh, It's just OFF," I can wholly say that its world feels very much like its own, with virtually everything themed around static and televisions.

Since the build I played was an Alpha release, only one area was available to explore: The world of Bravery, a dim, rust-colored world inhabited by strange monsters that look like something out of a sketchbook. But I find that to be my favorite approach to monster design: don't think too hard about them, just make something interesting, even if it doesn't make sense.

I just wish there were more of them, as the number of unique monsters available to fight in this chapter totaled about six at the most, including bosses. Although you do get very familiar with each of the non-boss monsters, and maybe not for the best reasons (more on that later).

In the world of Bravery, you are rarely on a straight path, and any of your possible objectives could be in one of several directions. What those objectives involve are rarely made clear, and exploration is heavily encouraged to find new skills and find new discoveries. I found this to be a bit double-edged, as there does seem to be a recommended progression order but players who don't follow it will have a considerably harder time than those who do. And that is particularly because Almari only starts the game with a standard attack, with two more to find over the course of the demo. The first one is easily missed, off to one side of a forked path and the difficulty of the game changes considerably if you forego it. 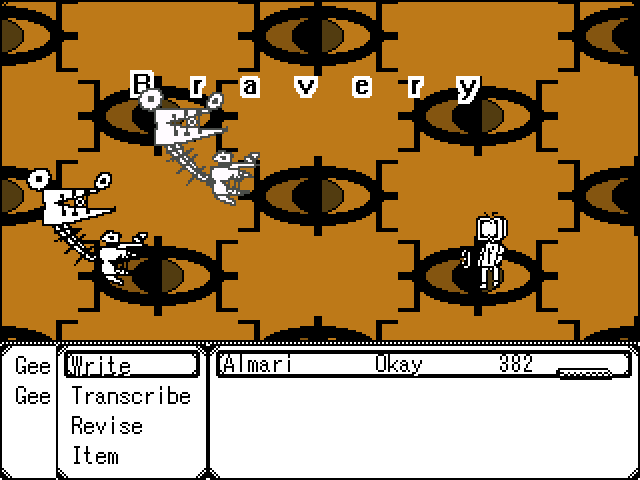 A lot of this has to do with the number of encounters the game wants you to be in. Some overworld enemy types are easy to dodge, but others will mow you down aggressively to start fights. Even when you're actively avoiding battles, combat will still find a way to be a bit more frequent than you might find comfortable considering that Almari's skill set is so limited. Perhaps starting the character with a more robust skill set would help alleviate this, since about 80% of the battles I fought were just using the attack command and using items to heal. After a while, fighting the same four enemies was just something I began to dread.

Some players may also be off-put by the initial difficulty. One particular common enemy can use an attack that stuns your single party member. This unfortunately led to no fewer than four Game Overs from pure stunlock, and I can definitely see some players throwing in the towel from that alone. If I can suggest one thing to improve from a design standpoint: never have ailments like Stun or Paralysis in environments with only a single party member.

On the bright side, if you can get past the combat frequency and balance issues, Almari's exploration can be very rewarding in a surreal way. Many of the maps are straightforward, but you might find teleport tiles in places that you didn't expect, or end up in places you didn't think of. There is a fun sense of mystery in these instances, and it's exciting when the game doesn't make sense. The overworld also does have NPCs to interact with, and they are not much unlike that found in other surreal/horror games, usually babbling nonsense or being generally unhelpful. But they still do add a bit of flavor to Almari's strange world.

Overall, I enjoyed my time with this Alpha build. The balance issues are definitely holding it back and I hope they can be addressed, but with enough love, I think Almari is poised to be something truly special. I can't wait to see more of it! 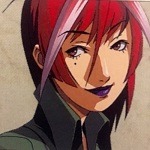 I'm glad you enjoyed Almari despite its issues, and I'm especially glad the game was able to form its own identity despite the heavy visual influence it takes from OFF. Even if it takes a bit of time to warm up to it. =)

I've gotten some really thoughtful notes from your review and I think they'll have a positive impact on future versions!
Pages: 1