Every year in Ulstern an annual festival is held to celebrate the anniversary of the founding of Ulstern, it's called the Harvest and Hunt. Teams of up to four must overcome dangerous obstacles and defeat opposing teams all to be crowned Harvest Champions at which time they can make a royal request of Queen Mariah. The story begins with Clayton making his way to the festival to compete where he meets Clementine the 4th general of Ulstern.

A Shaman from Claypoole who enters the festival hoping to raise the profile of the group of villages he is from who are living in poverty. In battle Clayton summons spirits to aid the party in combat and can assist the party by both dealing moderate damage and healing.

The fourth general of Ulstern, not as famous as the other three who where present for the founding of Ulstern but she works equally as hard if not harder to prove herself. In battle Clementine uses a combination of illusions to control the flow of battle and rapier techniques to decimate her enemies.

Clementine's lieutenant, Taliesin is a Chrono Knight who despite having time on his side struggles to keep up with his general. In battle Taliesin can support the party by providing powerful buffs and debuffs, he also comes with several powerful sword techniques.

Cobiah died a long time ago in his own words a nobody, when he was raised and given a second chance he swore he would make something of his unlife, seeing Clementine forming a group for the festival he sees an opportunity one he would never have seized in life. Cobiah is now a powerful Warlock, he slowly gathers death energy into Soul Gems which can use as reagents for his powerful spells.

If you've played other games by me and Indrah some of this might be familiar to you, Ulstern was founded in Dead Moon Night and has been referenced many times since.
Clementine is the current 4th general of Ulstern this is the position that Elsa later fills.
In the Grumpy Knight, Elsa and Argos have a conversation about one of these hunts.
In terms of timeline this game is set fourteen years after Dead Moon Night and nine years before the Grumpy Knight.

Clearly I shouldn't be allowed to make title screens.

He doesn't have many friends.

Before Elsa there was Clementine! 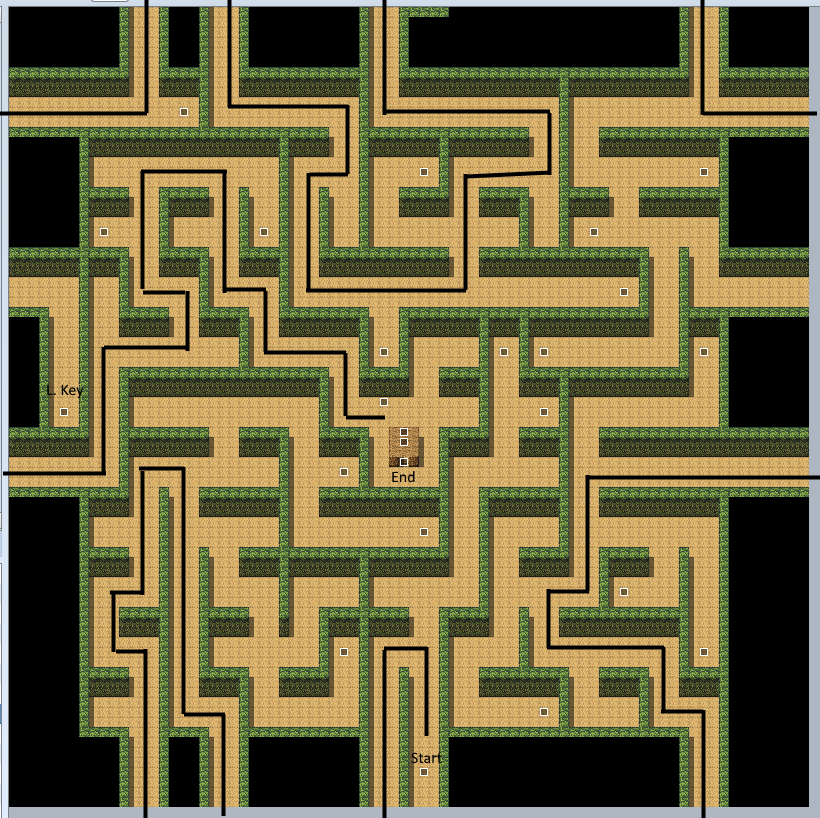 Also I think most of the characters systems aren't too bad to figure out but it was a last second finish so I didn't have time to write a tutorial for them.
Clayton: Regen 4EN per turn, each spirit costs 2EN per turn, if you can't pay the upkeep they go.
Clementine: She recovers 2ST a turn. She also has illusion charges to cast her illusions, when an illusion ends you get that charge back.
Taliesin: Probably the most confusing, spending mana raises his age by the same amount. At 80 his physical stats drop massively but his magical stats increase (by far too much), he can't cast a spell if it would cause him to go over 130. He gets 5 years younger a turn, minimum 29.
Cobiah: He uses Soul Gems to fuel his powerful spells. It takes four turns of passive play to refill a gem, you can speed this up by using his life stealing skill it increases his soul gems by a quarter.

Hope you all like it, wasn't meant to be a boss rush but I didn't have time for random encounters.
Lehw
0

author=Lehw
What happen to clementine after Elsa fill her role did she get promoted or did she do something else ?


Elsa becomes a general in about another nine years, the position was vacant at that point. This was Clementine's first appearence (and the other playable characters' first appearences), where as most of the supporting cast have appeared in other games.
I have a timeline:
Show

This games takes place 14 years after Dead Moon Night and all of the Dead Moon Night cast appeared again but in supporting roles. I don't want to give a definite answer as to what happens to Clementine as she'll probably appear again though not neccassarily as a playable character (so far only five characters have been playable twice), it's quite possible she decides at some point she would like to go on a great adventure around all of Arum before she dies, I didn't give her a definite age in game but I was using late 60s if not 70s as my guide.

She'll probably re-appear in at least cameo capacity in any future games set in Ulstern and set time wise between Dead Moon Night and The Grump Knight. Hope that partially answers your question.
Lehw
0


Weird, there's nothing in that event out of the ordinary. As far as I'm aware no one else has experienced that. Do you have any other information that might help?
freckle
0

Close
06/18/2018 03:38 PM
That event only has text, map scrolls, fade in/out and a transfer event. Really nothing I can think of as to why. Does it crash and give you an error message or does it just close? Have you had this issue with any other MV games?
Bory
0

Close
06/19/2018 09:04 PM
It shuts down on the map after the queens's speach. IT freezes for a while and then just shuts down. No message, CPU and memory usage doesn't peak. No music plays before it happens. I am using older computer with XP. I haven't played many MV games. Same aren't working, same works normarly. Are you using a script in the area? What is the 1st command which happens on the map?
Fomar0153

Close
06/23/2018 01:51 PM
That map is big and has both directions scrollable, event wise it's just the basics, text, movement, items etc.
Given know rpg maker mv doesn't support windows xp I'm not sure if there is anything I can do to help, sorry:
http://www.rpgmakerweb.com/products/programs/rpg-maker-mv#requirements
Kay94
0

In the 3. Round the second Battle together with the time guy Tal

Enemys are defeated, maybe becouse the Spirits are dead?

How to solve this now?

Close
08/12/2018 06:51 PM
Battle will not end, even after all enemies are dead, as show in the picture below.
As you can see, Attack is greyed out, and there is a empty space on the action order icons. 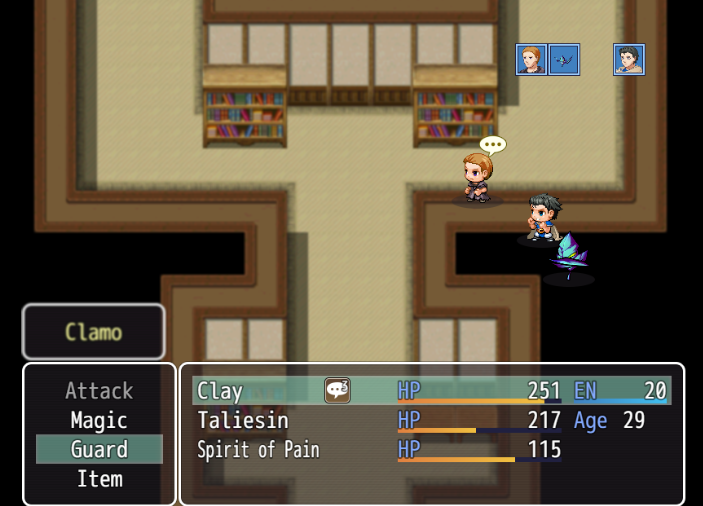 Another strange thing happened in this fight, which may be related. I had a dead Spirit of Pain, so I tried to sacrifice it but nothing happened. So then I cast another Spirit of Pain instead, and it seemed to revive the old one. Later, the spirit died and I tried to summon it again, but this time it did not work and I can't cast any other spirits either. Edit: Spirit is only alive in screenshot because I used an item to revive it.
Fomar0153

Close
08/12/2018 10:44 PM
Sorry about that, I have trouble reproducing it which is making it very difficult to fix, otherwise I would have finished my updated version of the game by now. Thank you for the information about how you encountered the bug, I think it should help.
Pages: 1