0 reviews
Save to Dropbox
THIS IS AM GAME

liberty (from birthday murder party 1) must solve murder when esby (from the devil may cry series) is murder. there are many suspect. there are many mystery.
there are many... murder. sadly, all can say without spoiler. AACCEPT MY GAM LIBERTY

On a serious note I probably gotta mention these here or else liberty will deny my game (that rascal). The Birthday Murder Party games were made for rmn's 9th and 11th birthday simulatanously. Almost all of the characters are RMN members. If it wasn't obvious enough, both of them are joke games.

And I need to write more of this apparently. I will shank you libs. I MAKE YOU THE PROTAGONST AND THIS IS HOW REPAY

sorry I got a bit lost in that

Show
In birthday murder party 1 you play as Libby, Caz and Nessy as they've gotten kidnapped by someone who is hiding among the three. They must find out who it is and escape! This one's a visual novel with no real movement, just ''decision'' making.

And then in the sequel Liberty wakes up and goes outside. It seemed like any other day but then her life changed forever when she saw Kloe outside who told her somebody killed esby... AND LIBERTY!! Now she must solve the murder. Or she will be the next victim. Probably. Maybe not. In this one you proceed through the story by getting the endings. Get endings to unlock more endings.


FEAUTURING!!!
-39 endings in BMD 2 and 2 endings in BMD 1!!!!!!!
-Many mystery! Many question!
-Loveable characters with deep backstories
-PLOT TWISTER
-ABSOLUTELY NO SENSE MAKING 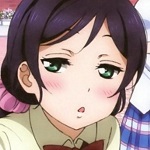 hi am ttttthtank am glad you liek
Pages: 1