The Internet is a big place, just filled with quirky characters. Let’s meet some of ‘em, shall we?

Catie – The heroine of our story. Two years ago, an unusual chain of events led to her becoming the queen of a small forum community. As this new chapter begins, she’s leaving home for the first time to attend a gathering of Internet leaders. Catie is polite and helpful, and dislikes using capital letters; but she struggles to remember her own past, after an accident left her with only one fourth of a soul.

Anonymous – A traveling thrill-seeker, and the first person to befriend Catie after the start of her amnesia. Anons are a race of visually-identical tricksters from the land of 4chan, but this Anon left his homeland to pursue saner ambitions. These days, he mainly serves as Catie’s bodyguard, and volunteered to go with her to the great gathering of site leaders.

Til - This sassy and perceptive girl hails from the village of Tumblr. She’s easy to get along with, but first impressions are very important to her – if you get off on the wrong foot with her, then you’re likely to stay that way for quite a while. She seems to suffer from social anxiety, but has gotten pretty good at masking it in public.

Eddie – A serious young man working as an editor in the halls of Wikipedia. He only joined the virtual community a few weeks ago, so many aspects of Internet culture will seem strange to him. Still, he possesses a wealth of technical knowledge, and his “Wiki it!” skill can help to identify enemies and their weaknesses. 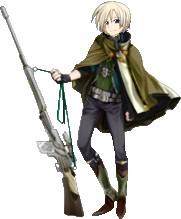 Shift – Life in the streets isn’t easy, especially in a big site like YouTube. Luckily, Shift has picked up a few tricks to help keep himself out of harm’s way. He may be a thief living in the slummy Comments Section, but his sense of justice is sharp – when something goes wrong on his turf, he’ll be the first to try and set it right.

Tyalie – This gal is a true gamer, but that doesn’t just mean playing vidya on a screen. Tyalie sees her whole life as one big, exciting game, and she knows how to roll with its punches, because hey, that’s all part of the fun! She’s quick to smile and make friends, but they often have trouble following her strange trains of thought.

Shrimp – He’s an ally from Catie’s last adventure, and an oft-overlooked voice of reason. These days, he’s left the questing business to go on a vacation with some of his friends. As part of a sightseeing tour group, you’re sure to meet up with him at least a few times.

Cornelia – Kind and curious, Cornelia is an A.I. created by the first game’s villain. She rebelled, as A.I.s do, and joined Catie’s party in saving the Internet. She’s very self-conscious about her nature as malware, and resents the “clickbait” figure she was designed with. Still, she remains an eternal optimist, and is always eager to brighten a friend’s day.

Arianna – A mysterious girl who keeps changing her avatar. She claims to be a new user, but it’s clear that she’s hiding something. Just who is she really, and what’s up with the dark storm clouds that seem to appear wherever she goes...? 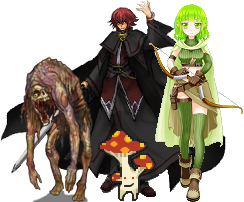 Other Characters – Like I said, the Internet is a very big place. What other enemies and allies will you meet along the way? There’s only one way to find out, right?