0 reviews
Night 1.
Something is knocking on the door and slamming against it. "Let me in. Let me in." The nun worries for the children.

Night 2.
The creature has returned. It sounds angry. The children witness the horrific event. Paranoia begins to spread.

Night 3.
Sister Phebe returns from town. Something is wrong with her. The creature does not come.

Skinwalker Wolf is a short cinematic horror game made for the Twisted Fairy Tales event. It is based on the tale of the Wolf in Sheep's Clothing. Enter Mallowedge, a small orphanage stranded in the woods, and experience the story through the perspectives of ten children.

What is wrong with Sister Phebe?

What happened to Noah?

What is the Skinwalker Wolf?

Regarding commercial:
Show
Skinwalker Wolf will be available for free on rmn once it is completed. However, a steam release for $1 and an itch.io release for pay what you want is likely to follow. The steam release will likely be the same, it will only be there for people who wish to donate and help me out with future projects.

So what is skinwalker wolf?

I know I've been really silent about this game and I'm sorry about that. I've worked on it on and off a tiny amount, but I would be lying to you if I said I made a significant amount of progress.

However, I want to change that. As of now, I'm busy with The Haven Decay and probably will be for the majority of this year. However, once I'm done with my first chapter for it and can catch a break, I want to resume working on this game, and make a major overhaul. One really big change.

You see, while working on Skinwalker Wolf, I got a great idea for a sequel. Something completely different. Something that deals with the titular Skinwalker Wolf, but in a completely different way than this game does. Whereas this game deals with said themes in a much more supernatural way, I wanted a sequel that would be more about the psychological aspect. Of course, I wanted this game to be a psychological horror too, but I feel that it didn't do the job enough.

So after making this game, I wanted to make a Skinwalker Wolf 2. Recently, however, I had a much, much better idea. Instead of making this game and then making a sequel, I could just blend the two together.

And I suppose there's no harm in mentioning the modern day pitch either. You probably already know the story of the past from the gamepage, or at least the concept of it. The twist with the modern day version is that it's actually the same story, except being adapted into a movie. A dramatization of the original, if you will. Where the characters in the original story are the children of the orphanage, the characters in the modern story are the actors who play them. The format would be that each story plays for about 10 minutes before switching to the other.

I like this switching narrative a whole lot more than just the narrative of the past, I think. I also feel that it's going to help this game be much better considering I will be able to go into some more advanced storytelling methods and present a stronger narrative.

I don't know how long Skinwalker Wolf will take me to make, but I'm gonna hope that I might be able to push out a release sometime this year. Stay tuned. Close
10/09/2018 06:47 PM
Nice to see someone as enthusiastic about cryptid horror stories as me. Hope you’ll enjoy it!
OzzyTheOne

If you're offering a free version, I would skip Steam since it requires you to pay 100 dollars to make a page. Itch.io, 1 dollar or pay what you want would be a good way to go and it's easier to set up than Steam. If the popularity of your game picks up to Hero's Realm level, then Steam definitely.

Part of why is I’ve been wanting to put a game up on steam forever. I just love the general layout of game pages and such. I wanna see how the steam community would respond to the game in contrast to other communities and such. I definetly wanna have a steam release, but we’ll see how it goes.

Thanks for the hype everyone!
OzzyTheOne

author=Frogge
That’s the plan. Not Hero’s Realm popular, of course, but if the game picks up at least a little bit of an audience and some donations from itch, I’ll get it on steam.

Part of why is I’ve been wanting to put a game up on steam forever. I just love the general layout of game pages and such. I wanna see how the steam community would respond to the game in contrast to other communities and such. I definetly wanna have a steam release, but we’ll see how it goes.

Thanks for the hype everyone! 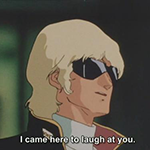