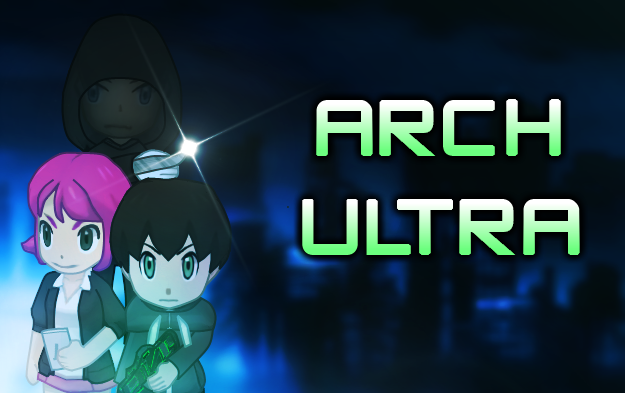 I am cancelling the project to remake this game. According to my evaluations, few people would play it as the game is an experience and has little gameplay. As the remake would have been pretty much just a graphical update with minor story tweaks, everyone who has experienced the original had pretty much no reason to look toward this project. I have decided to put my resources and time onto other projects.

In this project, I had planned to include a reworked version of the game Dymunia. But after further evaluation, I think the story is fatally flawed on a base level. If I ever do something in the Dymunia universe again, it will probably take the form of a brand-new game.

As a reminder, the original (and now the only) versions of ARCH ULTRA and Dymunia still remains available. 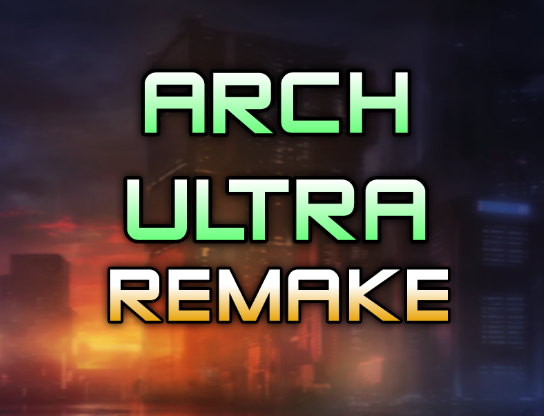 My initial intention was to do a minor rewrite of the story of ARCH ULTRA and update some parts of it, the same would have been applied to Dymunia. Both games would have been packaged in one package.

For some reason, I was very keen on releasing the remake in 2021. But as I remake the games, it becomes obvious to me that the problems are deeper than I initially thought.

Therefore, I am delaying ARCH ULTRA Remake so that I can properly rework and expand its story. I prefer to delay the game than rushing it just to release it in 2021.

See you next time in a few months for more news.

During the last month, my main objective was to port the maps of ARCH ULTRA into the Dymunia engine. All 42 originals maps were successfully ported. While most of them will remains in their original form, some will get a rework or minor structure update.

Speaking of Dymunia, this story will need some serious fixing. I have not worked out the exact details, but this story will probably receive some serious alterations. One of the major complain about that game was that the city maps layouts were identical. I am probably going to have to rework some of them.

During the last month I started to work on the remake of ARCH ULTRA. My first objectives were to gather the failures and success of both ARCH ULTRA and Dymunia. 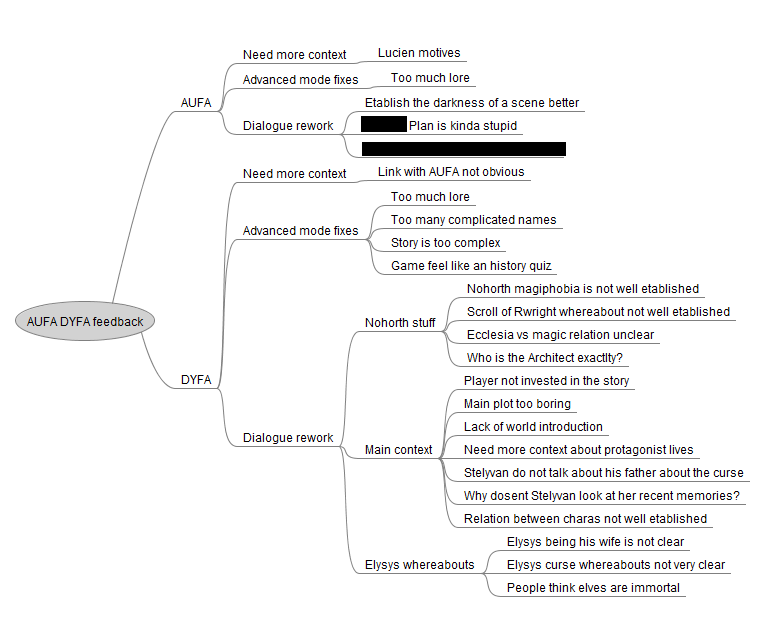 My main focus is on story problems as the game is a visual novel. As you see above, some dialogue will need to be reworked to introduce the context better. Some additional cutscene may be required in the case of Dymunia.

I also started to draft a new title screen:

On the technical side of things, I am currently doing the following:
-Trying to implement an in-game volume system.
-Creating a screenshot when the player saves.
-Importing old ARCH ULTRA data into the new engine.
-Standardizing file names.

See you next month for a new DevBlog.

ARCH ULTRA is getting a remake. This new version will improve the story and merge all parts of the Dymunia saga into one while considering the feedback received during the last two years. The main objective of this remake will be to clarify story points and to enhance the experience.

More details will be revealed in the following months. Estimated release date is end of 2021. 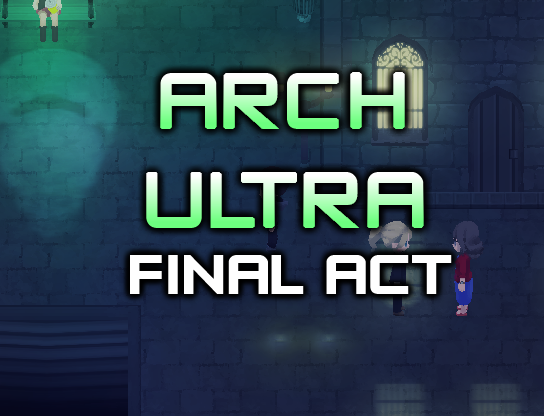 Last week, the game won a prize in the category "Best graphics" at the Alex d'or 2020, a French RPG Maker contest. The game was also nominated in the following categories:
-Story and setting
-Narration and story execution
-Best Sounds
-Best game

The new updates correct a few typos that have been brought to my attention in the French version of the game. No additional content was added.

As some may have noticed, the game sends anonymous data about the choice you make during your playthrough. Since it has been one year since the initial release, I though that it would be best to share those stats.

Those stats spoil the story, be sure to come back when you have finished the game if you haven't done so already.
Show

79% turned on the lights on their Neutralizers.
66% attempted to save Rosia.

66% think that killing is wrong.

61% chose to not destroy Simultra.

The Game is Now Open Source 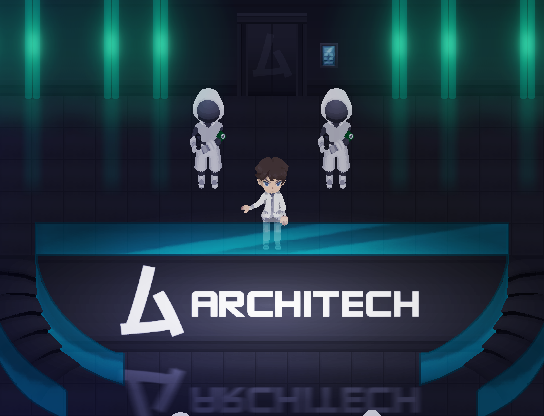 Today I announce that ARCH ULTRA is now open source. Everyone is now free to look at the complex eventing behind this game to see its inner working. I strongly advise to play the game normally first if not done already. The game data contains multiple elements from previous story revisions. You are bound to find some weird stuff. You will need a copy of RPG Maker VX ACE to open the game project file.

The source is a separate download (see download section), it is not the main download. It is also accompanied by a PDF file that document some development stuff. 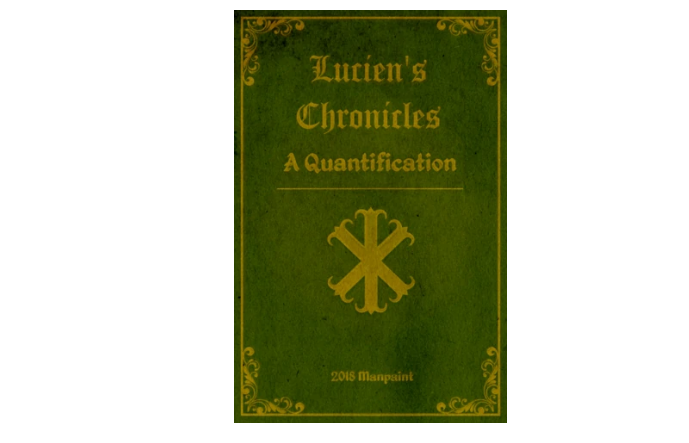 Lucien's Chronicles - A Quantification is a short story that takes place in the same settings as ARCH ULTRA. It takes place in alternate reality and therefore does not spoil the story of the game aside for some minor setting details.
The story can be read for free on the following sites:

Hi guys. Today I rolled the version 1.5.0 which correct the following bugs:
-Fixed bugs with the inventory.
-Fixed some typos.
-Fixed a dialogue that softlocked the game.
-Fixed a bug relative to the game's sequence.
--Fixed some NPCs interactions.

If you found any other bugs, please tell!

Hey all! As you guys know, ARCH ULTRA send analytics when the player make decision in-game. I recently made a data dump of said analytics with you guys.

Notable points:
-The vast majority of players play in English
-Most people value life over knowledge.
-Oracle of the Immortal is the most popular book choice
-The majority fear a certain hooded person, they also lie to him when needed.
-When asking questions to Rosia, whereabout about the Codex is the most popular choice, followed by Stephen Rwright.
-Only 5 player made it to the very end.
-People like to pretend they are interns.
-The majority of players were opposed to killing a certain man.
-People like LEDs.

The data dump can be access here.
Pages: first 1234 next last