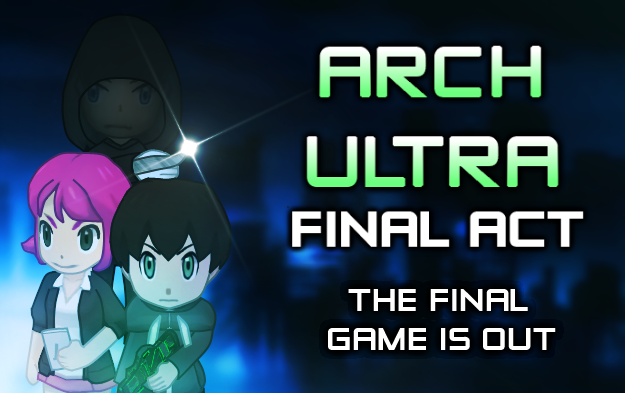 Today I am going to further explain Rosia Scarleit's backstory. It is briefly mentioned in the game, but I wanted to give to the full story there. 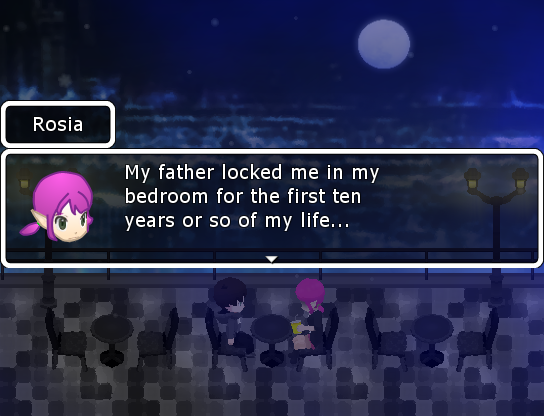 Dymunia (the world in which ARCH ULTRA is set) is a very religious place. Most of the major religion are part of a pantheon so the only dispute is about the right way to worships the different gods. Many see atheism as a curable anomaly. Over the years, many scientist wondered if mortal were "programmed" to have faith. One of them is a man called Richier Scarleit, determined to find an answer to that question using a scientific method.

He isolated his daughter, Rosia, from the outside world and raised her in a controlled environment. One day he accidentally gave her a book titled "The Conflicts of Shamaria". The book described the conflicts of many religious faction in a war-torn country. When he found out, he considered his experiment a failure since she was exposed to the concept of religion.

After drugging her, he sold her to scientific division of Architech to get back some of the money he had invested in his experiment. The leader of the division then used her to develop new vaccines, usually through unethical experiments. She was eventually rescued by a man called Lucien. Rosia saw sunlight for the first in her live at twelve years old.

The man who conducted those experiment was fired by the CEO of Architech as soon as he found out, although his research ended up being quite valuable for medicine. Rosia's education was completed by Lucien. And she became a valuable asset for the Helliosian Intelligence Agency. He explicitly told her to reject the concept of love and emotion as it would hinder her function as a tool of the HIA.