0 reviews
Moondust is an adventure, story based RPG, about hope, betrayal and corruption.

-A wide range of endings
-Like 100% Pre-drawn maps (Tilesets? I've never heard of them, heh…>:D)
-Tons of hidden content
-Play the way you like: Battle enemies, stealth kill, or spare them
-Original Soundtrack

A golden age has dawned upon the world, after bitter decades of war, peace was finally restored. Yet all of this never bothered the small town that slumbered on the verge of a cliff. Too secluded to be reached by the worries and buzz of the cities, days flew by like seconds. Yet its untouched familiarity, that silently loomed over the town, was fated to be disrupted by a stranger…


A little bit about 'Moondust' and its Dev:
Moondust is my 'passion project' and my first real thought out game.
Game dev on this started way way back, about 2-3 years back. I was a kid amazed by games, since they are a fusion of all my passions: Art, Writing and Music,
and a way of communication. I never really had friends who shared the same fandoms, Hobbys, etc. like me and when they did, it was just a small spectrum of mine. I wasn't someone who actively reached out for other people to make friends with either, so all I had left were the tools of an artist and an open canvas of my choice and I chose to make a game. To be honest I'm a bit scared of this.
'What if it won't be what you wanted it to be?' or 'What if nobody will ever play it, but when they do, they'll simply just forget it?' are rather frequent thoughts that race through my mind. Whelp, guess I gotta wait and see, heh…

(Btw I really hope that I won't wreck RPG Maker 2003, by overloading the game with too many features, otherwise I'll have to port everything to GameMakerStudio…)

Future Things:
-A solid and stable demo. (Winter 2018/2019)
-Kickstarter Page. (When enough following is there)

For minor updates or just random junk about my game check out my Twitter:
https://twitter.com/el_chaan
And for music scraps and stuff my SoundCloud:
https://soundcloud.com/el_chan

And at last, to anyone who supports me in any way possible:
Thank you, to every single one of you.
You all help me stay determined about this path.

Heya, I LIVE!
I'm through the exam phase and I mostly recovered from the life crushing experiences earlier this year and last winter. I just recently picked up upon Moondust again, after going through a hiatus, mostly due to school and exams and partly because I got sidetracked with other kind of project ideas.

Some Screenshots of the two Spin Offs I Started: 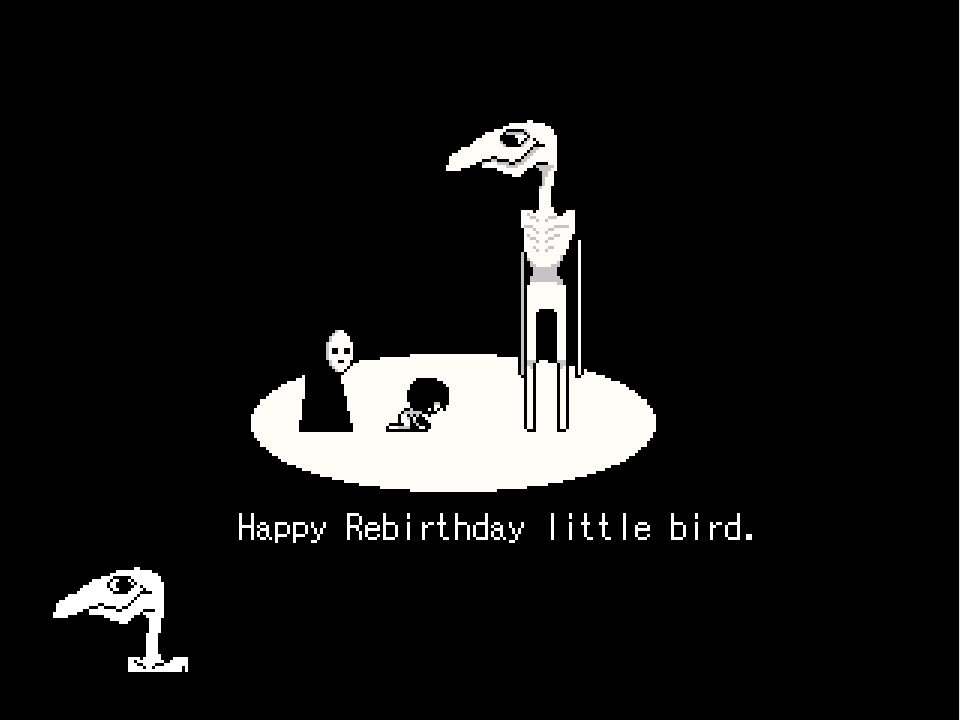 It's simply titled Prolog and I just wanted to quench my thirst for something surreal and monochromatic. Other than a fourth of the opening scene thre exists nothing else about it. 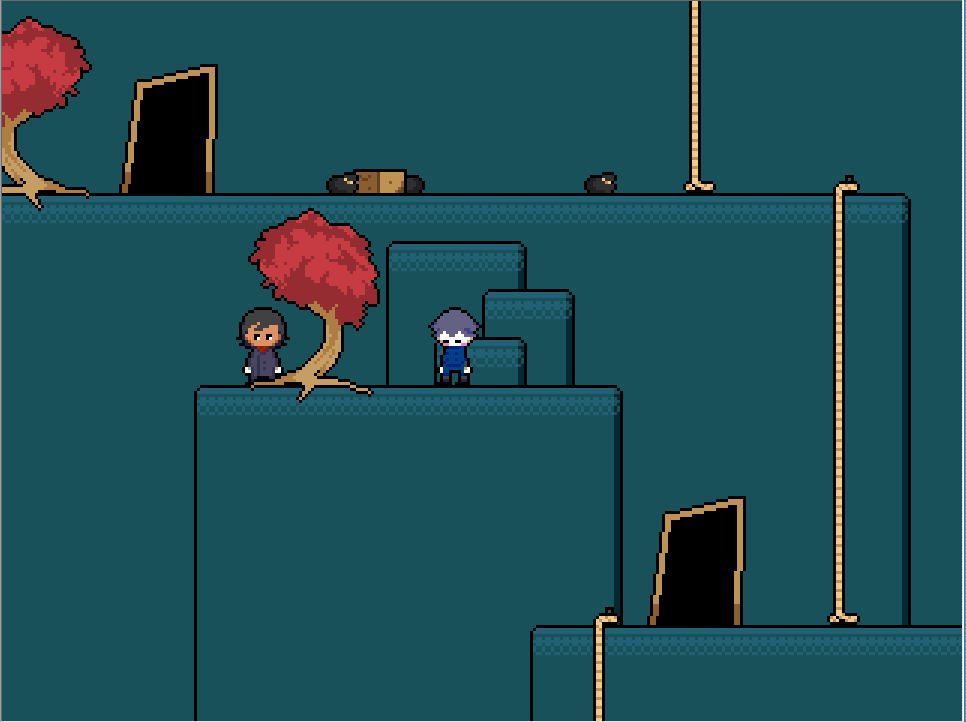 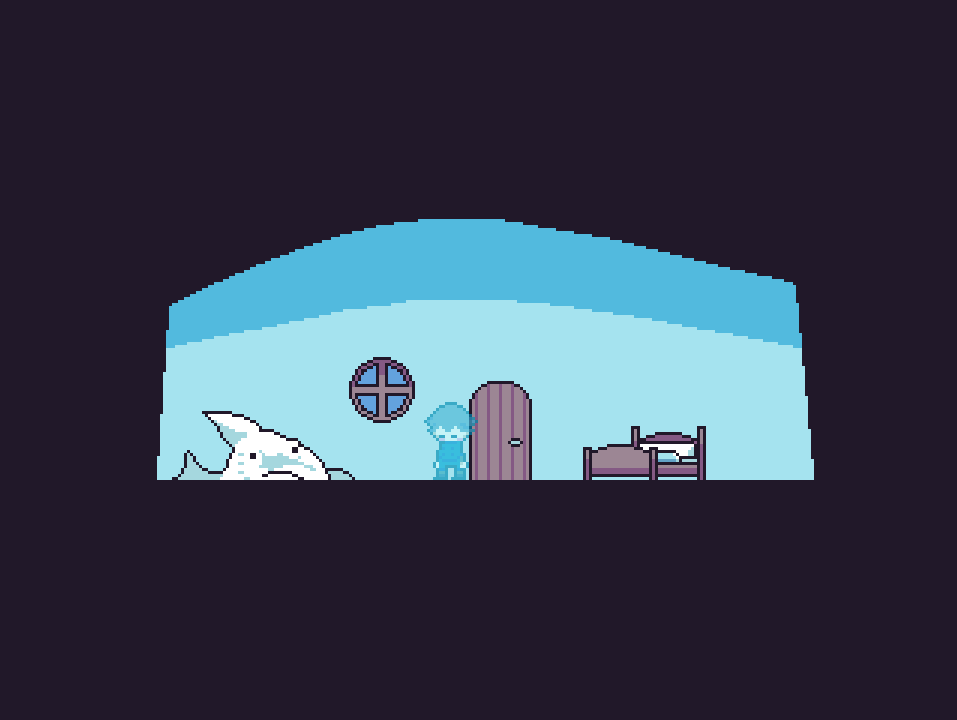 And this one, this one is complicated. It somehow has a well fledged concept behind it and at least 3 world/level concepts. It's titled Rue, but I don't know what to make of it right now. Maybe fledge it out to a full game after Moondust? Who knows.


But back to Moondust

I've decided to rewrite the Prolog and stop cross jumping in the storyline, as well as adding extra content that is irrelevant for now and for the main plot, since I have the bad feeling that the end product of this will be a Frankenstein with inconsistency stitches…

Since this is just a status update, I'll stop blabbering around and save the rest for the upcoming Moondust Roadmap. Close
11/14/2018 08:40 PM
Just don't mind this comment, it has previously been a blog post that somehow found it's way to the comment section of the game.
Frogge

Yo, subscribed! This looks super neato. The pixel art actually kinda reminds me of ENDROLL a bit.
El-Chan

author=Frogge
pssst, that's a comment, not a blog. you can post a blog by going into manage games -> your game -> blog (on the bar on the top right) -> add blog.Yo, subscribed! This looks super neato. The pixel art actually kinda reminds me of ENDROLL a bit.

Lol, thanks for noticing me that it is a comment (though I was sure it was a blog post) XD

And I gotta admit, ENDROLL did had some influence on my pixel art style. I always liked the way the sprites looked in it and the heavy use of black outlines, so I kinda adapted it into my own style.
Pages: 1