1 reviews
Welcome to the second season of Diamond Idol, a reality TV show where you can become the most talked about idol in the country. Your brother won the first season, and you are ready to follow in his footsteps. Winning this contest might be the only avenue to dancing with him on stage again. Make friends, train hard, and do whatever it takes to become this season's Diamond Idol!

Dia:dol is a game made for IGMC 2018. This prototype shows one possible outcome of the first two weeks of the contest. Dia:dol focuses on building the stats of the player character, performing in a weekly contest, and bonding with the other fourteen men who are in it to win. Dia:dol offers a wealth of art, fun characters, and a concept that we hope you'll enjoy!

Visit the IGMC page here to rate us if you enjoy it!

It's time to introduce our final two contestants for Diamond Idol! 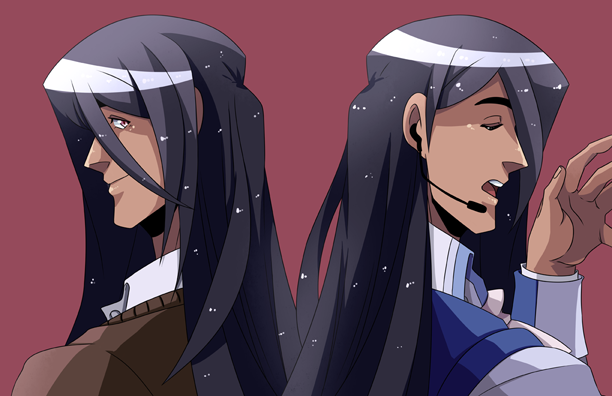 A refined young man who has previous experience performing musicals with a trope at his local theatre. He often performed roles of very elegant characters but was not any more famous than the other members of the group. Yun is very quiet and comes across as unapproachable, but he is actually quite warm and kind. Along with being very talented at acting, singing, and dancing, Yun gives very good hugs with his upper body strength. 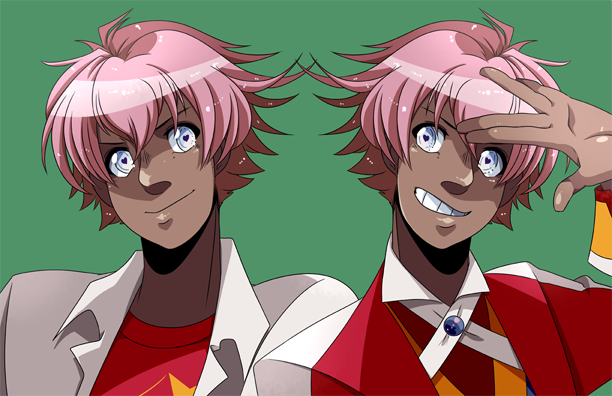 Age: 20
Talent: Untapped Potential
Likes: Anime, Table Tennis, Public Speaking
Dislikes: Running, Waking up Early
(Disclaimer: In the demo, Stephen is known as Jared. That will be revised in the full game.)

Stephen was born in a small village at the foot of a mountain range. The village was not burnt down, both of his parents are still alive, he's never had an animal mascot that talks to him, and a girl has never fallen out of the sky and landed on him -- but none of that matters, because he -IS- destined to be a hero and save the world. Maybe he'll get to pilot a mecha or obtain super powers or rescue a girl with a magical blue gem from an evil empire or maybe he'll simply become a top idol and spread love and hope through his song and dance. He'll find a way. Stephen's boisterous personality made him popular in school, despite being a total nerd who was bad at sports. He believes everyone is a hero in their own way.

Before we go, it's time for something extra special! A closer look at our winner of last season, The Prince of Ice himself! 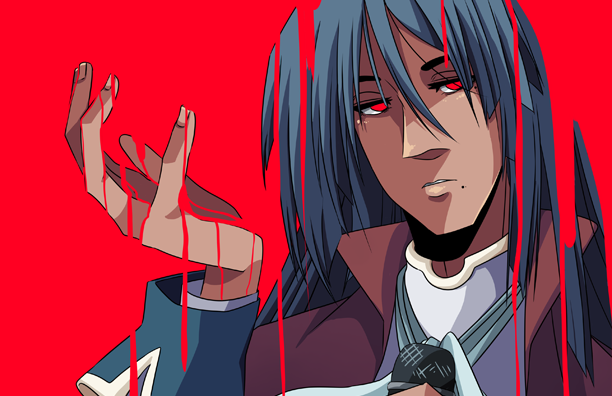 Those sorrowful eyes have captured the entire nation since his unexpected victory, and in the last year, his worldwide tour has gained him even larger renown. The winner of this year's season will have the honour of performing alongside him at his worldwide tour's final stage right here in Diamond Idol's home country. What a great honour!

Now that you, dear viewers, have met all our contests, who do you think will stand on stage next to The Prince of Ice? Who do you think will be our next breakout hit, the next Diamond Idol? Stay tuned to watch these 15 men try to outsing, outdance, and outlive each other on stage!

May the gods of song and dance bless your souls! Good night!

Hi everyone! There's less than a day left for IGMC ratings. We'd love to talk a little bit more openly about the game we want to make here. While it presents itself as a Simulation Visual Novel about growing your character to compete in the contest, there's a darker edge at play here. Anyone who has made it to the end of the demo already knows - but the contestants of Diamond Idol will do -whatever- it takes to win. Including murder.

What we hope to present with the finished product is a branching story where your training, decisions, and friendships determine who gets voted off, who gets killed off, and who wins.