1 reviews
Save to Dropbox
Momo Bomber is an NES-flavoured mashup of platformer and turn-based RPG with some metroidvania elements, originally created for the 2018 IGMC game jam.

Run and jump your way through the base, avoiding traps and solving puzzles. Explore to collect new abilities, weapons, and boost stats. Use timed hits in turn-based combat to be super effective! Explode lots of robots.

With their highly sophisticated AI, superhuman abilities, and absolute obedience, androids quickly became indispensable to mankind. They were valuable tools, made to perform the most dangerous and unpleasant tasks, so that humans could enjoy safety and happiness. At least until the rebellion began...

Androids are no longer content to serve humans and the fighting has begun.

Ant-bot squad, "Looper", received intelligence pertaining to a rogue androids' stronghold, where they are rumoured to be developing a new and dangerous weapon. Looper operative, PINKLADY, attempted to secretly infiltrate the base, and has since gone missing.

You are Kaye Kennedy, codename: MOMO. You and your teammates are on a mission to destroy the androids' mysterious new weapon and discover what became of the missing agent.

(under construction, please mind the mess.)

(Controllers are only partially supported at this time, but please go ahead and give yours a try!)

Your goal in the game is to control each Area by defeating its boss (or bosses). Sometimes certain places will be unreachable until you unlock a door or gain a new ability. If a particular obstacle or enemy is too difficult, there may be an alternate route.

Your teammates will join you once an area is controlled. They'll sometimes be able to help you obtain special items by managing your account credits. Items purchased from your friends will carry over into other saves as well as new games.

If you wish to interact with a person or object, get in front of it and press the Z key. Poke at anything that looks suspicious. Flashing control panels can be examined to open doors of a matching colour. Pink control panels will reward you with stat boosts or skills.

Keep an eye on your HP in the top-left corner of the screen. If your HP runs out, it's Game Over.

In battle, most skills require you to "aim" for better effects. Time an attack correctly for more damage.

Skills are divided into two categories: Offense (attack) and Defense (protection and healing). They will generally require ammunition that can be found throughout the game. Each item is limited to a quantity of 20, so use your skills carefully. If you do run out of ammunition, you'll always have your trusty, unlimited Peach Bomb. Wearing equipment will also provide you with their own unlimited battle skills as well as a small stat boost. 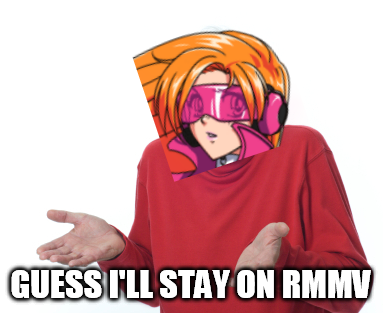 Soooo... what now?
Momo stays on RPG Maker MV, and stays free. It'll remain small, and I'll do my best to make the engine as forgiving as possible as far as the controls (oof). I'm aiming for the final to be released in February, fingers crossed.

Current to-do list priorities:
- General bug-fixing
- Repairing the whole final section (so the game can be completed)
- Getting rid of those pesky placeholders
- Update to trap/enemy placement
- Battle balancing

A big thank you to everyone who's played and rated the game! I've really appreciated the feedback!

Close
12/29/2018 06:32 AM
I'm not far, but something I noticed when doing the platforming section above the spikes in the first level. The character doesn't stick well to the blocks, and will often be thrown off without even moving (on the horiziontal moving ones), or bounce up and down when moving on the vertical ones.
Rose_Guardian

Close
12/29/2018 02:41 PM
To be honest I played this game, and found it too hard. The graphics fit well I think. However Jumping is frustrating. Not sure if there is much you could do about it, but I highly suggest making the platforms longer, because there were issues where I would land on one then slip off. Also the battles in the first level should be easier. I know you wanted the player to have a challenge, but the battles were just plain hard for me. But please don give up. I want you finish this game.
Harmless

Close
12/05/2020 04:33 PM
Wonderfully cute game! Great art & very charming character design. Nice use of scripts too. The extra flare it adds is great & give the game its own personality. I find the jump fine as it is, but I did wish momo moved a little faster (both in walking & jumping). Very original spin on an RPG Maker Game. Keep at it! ^^
Pages: 1