Momo Bomber is one of the games that was created for the IGMC 2018.

The game is very pretty and I loved the aesthetic. The colours and sound really worked well to create an authentic retro-inspired Metroid-esque experience. The stages were well thought-out and the character design was very appealing - both for allies and enemies. This game is cute as fuck.

The gameplay consists of running around, jumping and floating your way through side-scrolling, colour-coded areas. There are various puzzles to figure out which were pretty logical and didn't require a ton of thinking. Enemies exist on-map to run in to and touching them calls up an RPG-like cut-away battle. I really liked this idea.

Battles themselves were quite balanced, though they could be a bit hard at times when you were running low on supplies or didn't get the timing right. You had a variety of skills that took provisions to use, and each skill had a small minigame (usually based around timing) to play in order to get different damage results. For example, the main attack had you timing to hit when the aim was dead centre to the bullseye for optimal damage, but you'd still do some damage if you were off. The closer to the middle of the target, the better damage output.

I did have two issues with the game - how floating/slidey the character was when jumping/landing and moving blocks were hell when trying to jump to/from them. You'd slide off the edge of the block easily or couldn't jump at all on certain blocks, making some parts of the game more frustrating than fun. Which is a pity as the rest of the gameplay felt fun and interesting.

Overall the game shows a lot of promise, taking an old idea and giving it a fresh perspective by melding it with another idea and tweaking them both to fit well together. I personally feel it deserved to be a top ten contender, even despite it's faults.

Even though it's a demo, I'm going to give it a score because I feel as though it's fairly complete enough to have a good idea of where it's going in the future. 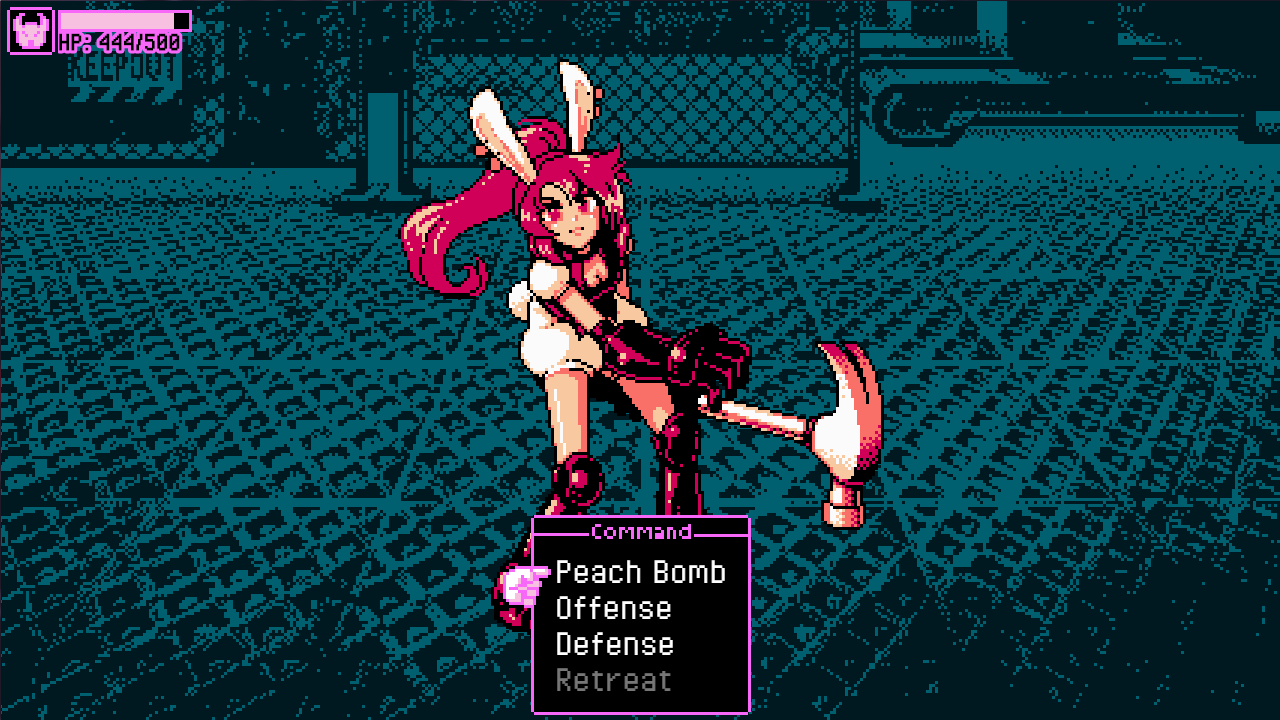