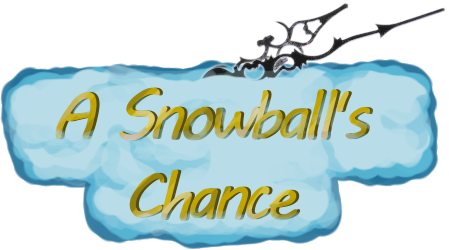 A Demo About A Trail Guide

Intro
A Snowball's Chance is a game where you become a trail guide and explore the area to find food materials, develop friendships, and cook based on people's preferences.

Graphics
Most (if not all) of the graphics in this game uses custom graphics. They look good together and i don't really have any problem with the mapping. The only thing that bugs me is the party member texts in the status menu that looks so cramped.

Music
Since the game sets in a snowy area, the music has a snowy themed music that really fits with the game. I also impressed that there are voices when the characters are talking (just like Tamagotchi series) for each character.

Story
The game starts with an introduction of the main character who is determined to get out of his current situation by becoming a trail guide. There isn't much to the story apart from the intro. However, later on, there will be a lot of character's conversation in order to get the other party member's personality better and i actually like the idea.

The game
The game relies a lot on the exploring. At the start of the game, you'll be in your hometown where you can "check" the area around (since there isn't that much in the area to begin with). The game actually starts once you enter the mountain area. There will be an indicator for it which i think is somehow hard to read. 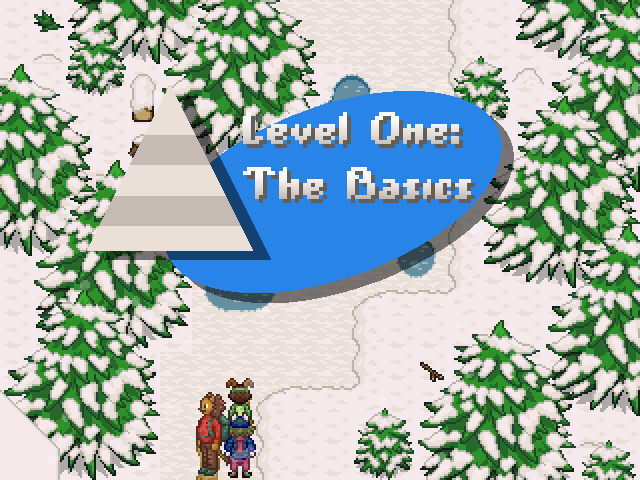 I hardly can read the text!


Once you enter the area, you can start to forage things (well, you can actually start doing it from your hometown but there isn't much that you can get there) and explore the area. The area is very big and you can even go to places that you can't expect. Sadly, there is a bug in the demo that can crash your game if you reach a specific area. Since there is no save point except on the start of the game (you can't save from the main menu), you have to start the game from the beginning if you somehow end up in this spot.

Each characters will also have some sort of HP and SP. Your HP will be reduced if you fall into a river and the same goes for your party members. The thing is, although your party members are following you, they are not following you in a straight line so they can fall to the river even though you didn't do it. It is annoying especially when you want to go to a narrow place; you won't know which one of them will go to the river until you do it.

Each characters will also have some sort of special powers that uses some SP to use. Although most of them can only be used in a certain events, there is a party member which can use his special power over and over.

The characters will also have conversations when you reach certain points. These conversations can help you to decide what you should cook them for dinner or increase (or decrease) your friendship value. As for the latter, there will be usually some set of choices that can affect it. Well, although i'm not sure what it is meant for, but you can check it later near the end of the demo. 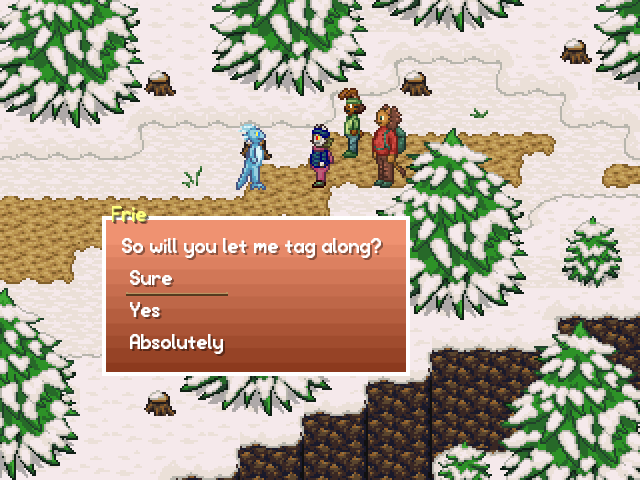 Don't i have a choice in this matter?


After you finish foraging things and reaching a certain point, the night will come and you will be asked to cook for your party member from the items that you have collected. You basically just need to select what do you want to cook (and the "topping", if you have some). Your friendship value might also change from it. Afterwards, you can only save the game and end the day, trigerring a cutscene and ends the demo.

Cons:
- Party members can easily fall into the river

Conclusion
It is a good game if you love exploring an area. It also has a fresh look in it.

Final Rating: 3/5
The game shows a great promise although i think it needs a bit polishing to make it even better.

Close
06/09/2019 12:27 AM
Thank you for playing! We are working hard on polishing things and have fixed quite a few bugs since the demo release. Hopefully once level two is complete, things will be much smoother.
Your feedback is greatly appreciated.
aquatorrent
5211