It's a collection of surreal, randomly generated rooms you can explore and interact with. It's mostly text-less and more of an experimental interactive type of experience than an actual game. There's no objective or tracked progress. You play once again as the featureless vessel known as the "Explorer".

It's a side project I'm mostly doing for fun, envisioned as a collaborative effort open to anyone who's interested.

While there's nothing playable yet, you can join the development team here on Discord: https://discord.gg/eXH5sBD

A first public version will be available once the project reaches an acceptable amount of unique assets, playability, and features. Disclaimer: it might (read "surely") take a long time.

Q: Is this an actual game?
A: Whatever fits your definition of "game", I suppose. Miniature random walking sim? Interactive... gallery thingy? Ish?

Q: Is it yet another Yume Nikki fangame?
A: No. It's also not an LSD Dream Emulator offshoot or similar dreamy/surreal/trippy indie titles. Inspired by them, perhaps, but I don't consider TWG to be either a fangame or a direct sequel. There's nothing to collect, no dialogue trees, no skill trees or anything implying some sort of parametric growth or progress. It's about witnessing happenings and teleport to the next random location at your own leisure for the sake of it.

Q: So, what's the point?
A: It's a nice little spare time project to work on. It keeps me in a creative ball and it's also a way for me to vent out some thoughts and ideas. It's a very spontaneous spur-of-the-moment thing. I don't really seek any critical feedback from this and it might not be your thing; it's just something I want to work on for as long as it matters to me. Since there's no end goal, the game keeps going until you manually close the window. As a project, it has the potential to be open for as long as people are interested.

Q: Do you allow for community mods or expansion packs?
A: Absolutely, that's the intent. You don't need to ask for my permission as long as you credit the source material. I'm also not responsible for any of your potential contributions, should they contain offensive, NFSW material, stolen content, or anything contravening this website's ToS and Discord's, if you happen to join our server. Let's keep this a constructive and welcoming place.

Q: What kind of artstyle are you going for?
A: I'd like the core game to have a retro/lo-fi aesthetic mostly inspired by 16-bit graphics and really old games. Since I'm developing the project on VX Ace, it means tiles are 32x32 as opposed to 2k/2k3's 16x16. I'd recommend drawing in 16x16 and then upscale your work when exporting it.

Q: Will it be expanded in the future?
A: Ditto.

Q: Will there be a sequel?
A: There's no need to have one. I like the idea of an indefinitely open project everyone can expand/mod.

Q: This is pretentious, boring and there's nothing to do I WANT FLUFFY CHARACTERS AND A CUTE STORY REEEEEEEEEEEEEEEEEEEEEEE
A: OK. Go play Deltarune and have fun.

Q: How do I install the game?
A: There's no need to install it. You just download it and extract it somewhere. Then open Game.exe within the game folder to start playing.

Hey folks, little update on the project. We're in the process of replacing all those pesky placeholder assets. Ain't nobody want placeholders, right? Who needs 'em, anyway. The first numbered build (v0.1) will feature the first unique assets along with a working randomization algorithm. Don't worry, it'll be public at some point. Maybe.

Speaking of which, good ol' Joke managed to solve that major bug that was afflicting our prototype, as well as cleaning up the messy code I was almost feeling proud about. Thanks, dude!

With that major hurdle out of the way, we're now ready to start molding the experience for what it could be: a fun collaborative project anyone can work on just because.

I'll keep you posted as soon as more content will be exclusively made for it. Feel free to join our Discord if you're curious about the project and/or would like to contribute. 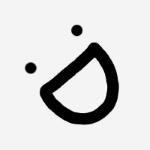 Nice. I think that this is a great idea for people to keep in mind when starting RPG Maker, where you can test small ideas and get validation for a bigger project down the line. I'm looking forward to exploring (and breaking) this game for as long as we support it.
ForgottenDawn 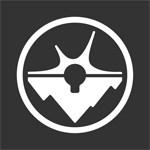 Close
01/26/2019 11:26 PM
Alright, kids. Enough with the "Nice." trend, or I'll ask the comment police to intervene. Let's try using this place for genuine feedback from now on, kthx.
Frogge


Thanks, it's showing promise. There's one major bug that needs to be solved, but so far the algorithm kinda seems to be working as intended. My next goal would be to start implementing original assets for this game, as it's filled with placeholders at the moment.

Can't promise a playable build any time soon since it's a side project and I tend to be pulled away from all four winds IRL (ouch), but I'm definitely excited to see how it'll all play out.
Pages: 1