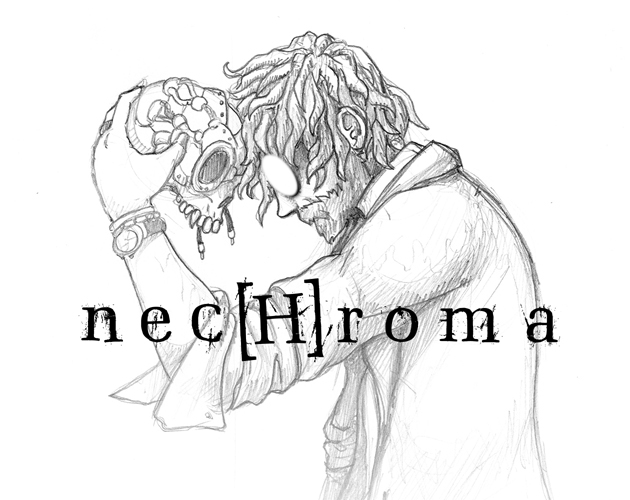 1 reviews
Hi, everyone! I made a little prototype demo for the last year's Indie Game Making Contest. The game is nec(H)roma:

SETTING / PLOT
Liam Evans and his daughter Amy are living their normal daily life, but an unexpected event will change everything.
After a car accident, they find themselves trapped inside a strange hospital-like building. A mysterious mastermind wants Liam to solve a series of puzzles and riddles or he won't be able to see his daughter again.

Made for the Indie Game Making Contest 2018

I should've opened this thread before... the contest is long over now XD
Well, I usually make classical JRPG style games, like Theia: The Crimson Eclipse, but this time I wanted to experiment something different.
In this demo you'll be able to play the prologue, the first episode and the introduction of the second episode. I wish I could finish the second episode for the contest but the "problem" is that I have a fulltime job, so I can't spend much time on game developing during my free time T_T
Since this is a adventure/puzzle game, the mechanics are pretty simple: move the character with the arrow keys, interact with the environment with Z and open/close the menu with the X button (not available in the prologue). I wrote the entire plot with a complete list of episodes, as you can see at the start of the game, and I hope I'll find the time (and willpower XD) to finish Liam's and Amy's story.
I hope you'll enjoy this first prototype demo of nec(H)roma and I will probably post here the news about this project, and of course, leave a comment! Any feedback is much appreciated :D

I took part to the contest with necroma and these are the results! :D 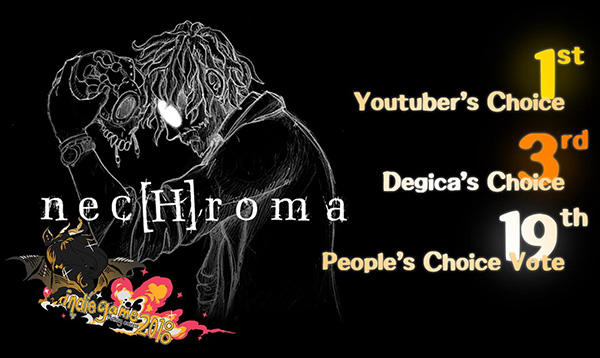 There were over 320 entries, and I managed to reach these goals! I'm really proud of my work ; )
Well... I guess I have no choice now. I have to finish this game. XD

Link to the contest:
https://itch.io/jam/igmc2018/results

I will probably restart the game from scrap. I want to make it with RPG Maker MV because I think that with more time and with MV's features, I can make a better game.
I love RPG Maker 2003 but the problem is that it has become too old for me too. I like the feel of old graphics and I like how the events work. And I totally hate how they ruined the event system in the newer versions... but damn, we are in 2019 and I just can't accept to make a game in a 4:3 resolution >__<"
And the 256colors is probably the biggest limit.

So... I'll finish Theia first, of course, but after the release I think I'm going to work on nec(H)roma.

Close
01/12/2019 09:47 AM
Glad to see this game on here! This is one of the most promising looking rpg maker horror games I’ve seen as of recent so I’m extremely hyped for its completion.
LolloRocketDiver

The atmosphere and the graphics are superb, and everything looks extremely polished. I hope you'll find the time and strength to finish this game, we need more Theia-like awesomeness!