This is a review of Ice Cream Island War. This game was created using SRPG Studio (an engine that focuses primarily on making tactics games.) I choose this game because I was interested in what the engine could do.

Ice Cream Island War reminds me mostly of games like Shining Force. The gameplay is what you would expect from an older tactics game in the 16-bit era. It did take me a bit to get used to the controls and menus of the game (as can be seen in my attached video.) I think a slow introduction to the system would be good at the beginning of the game. (Perhaps you and your father get attacked by 2 bandits. A simple battle, but help you get the taste for the system.) 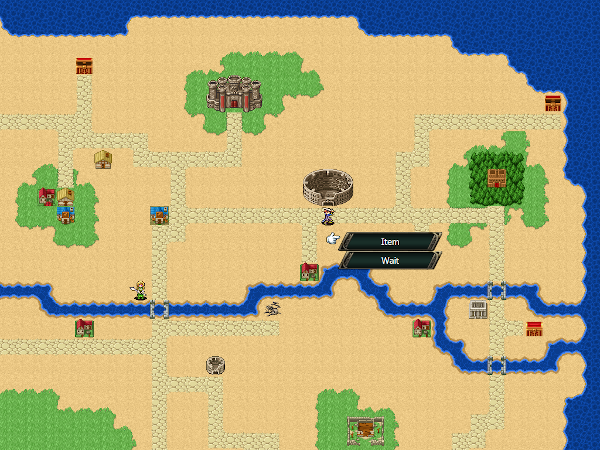 (A map with a lot of paths, but no clear direction.)

One of the first places I visited was the castle on the upper right of the map. I was completely under leveled for this area. This sort of thing might be good for the late game, but here it doesn’t really encourage the player. The arena too will cost money to enter. It would have been nice to have the first battle there be free. The only place to level up is a small town with 2 enemies. Once you level up a bit and gain experience with the system, the game does show some promise. I did enjoy my time with the system and the combat. 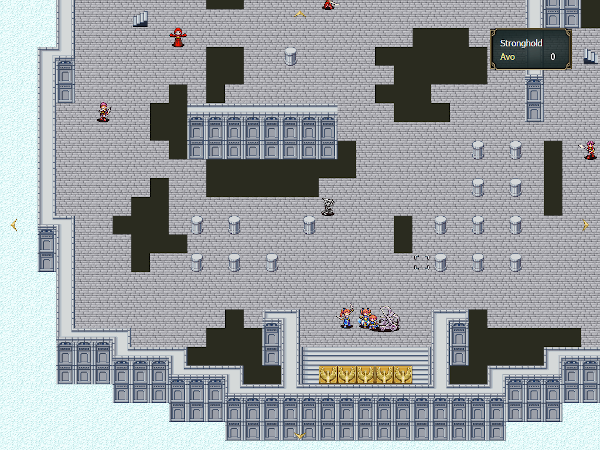 (The maps are way too big.)


Have a look at the picture above and you’ll see one of the design flaws of this particular game. At the bottom is the entry point for the stage. You can see 3 out of 4 of my party members there. My main guy has just moved as far as he can go after his first turn. Just to get to my first encounter would take 3 turns. I want to fight, but the layout of these maps is stopping me from doing that.

The game appears to use the default assets (or RTP in rpg maker talk.) The maps and music are serviceable, but as stated above need to be smaller in scope. The story is very light hearted and can be funny here or there. If a story about a prince who collects potato chips and sunglasses sounds like a good time, then this game might be worth a shot.