Pt.1 Introduces you to the main character and their struggle. Lost, without direction or reason, the player is unable to find life worthwhile.

During their contemplation of life, they are pulled into another world by an eerie figure. 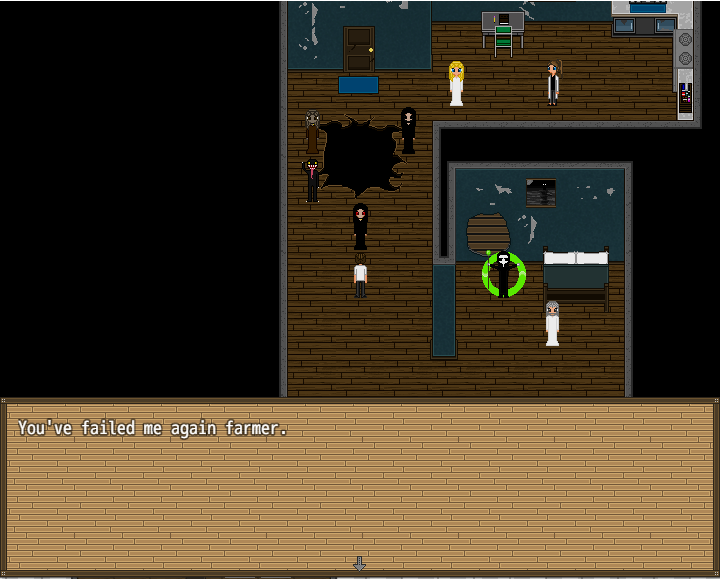 Upon entering this new world, the reaper attempts to murder the player and transform him into something new... (This is where the player can customize their own character..) 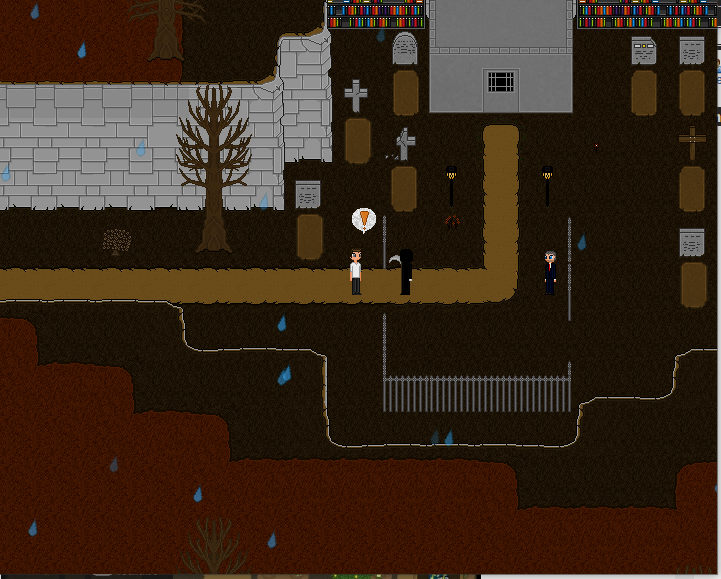 Upon creating their own character...


The player is introduced to the town, and learns the reason for his creation.

It is his job to restore the town as a poor farmer.


After exploring the town, the farmer eventually comes across a bitter old man in a tall tree. He advises the player to seek out the lady in "the depths", to remove the curse of consciousness. 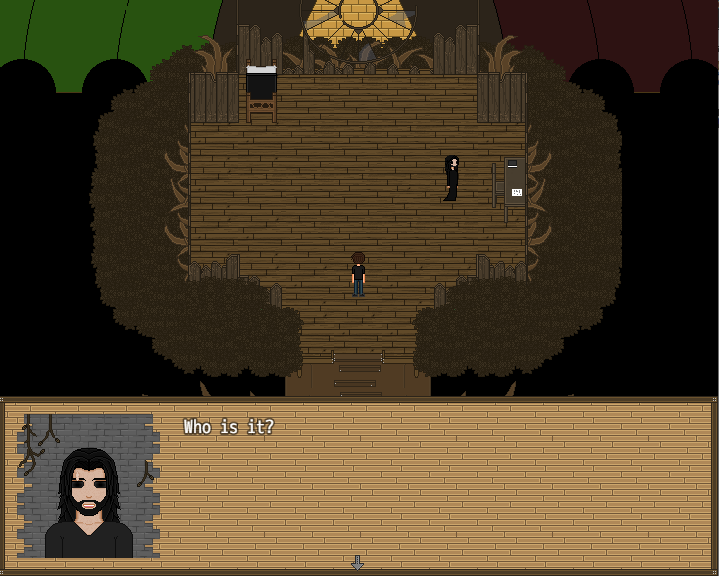 After discovering the depths, the player finds the lady of "the depths". She is very vengeful towards the player and blames him for towns degradation. She warns him if he continues on the path of corruption he'll eventually end up in hell. 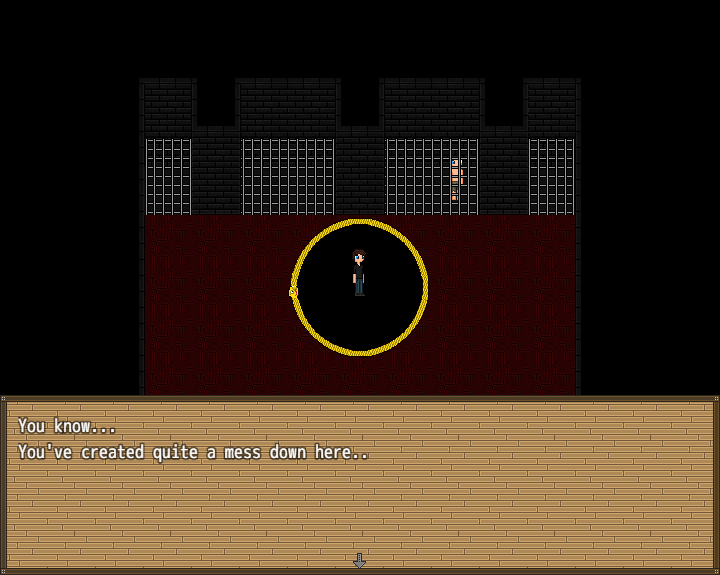 The player now faces a dilemma: Save the town, or destroy it. 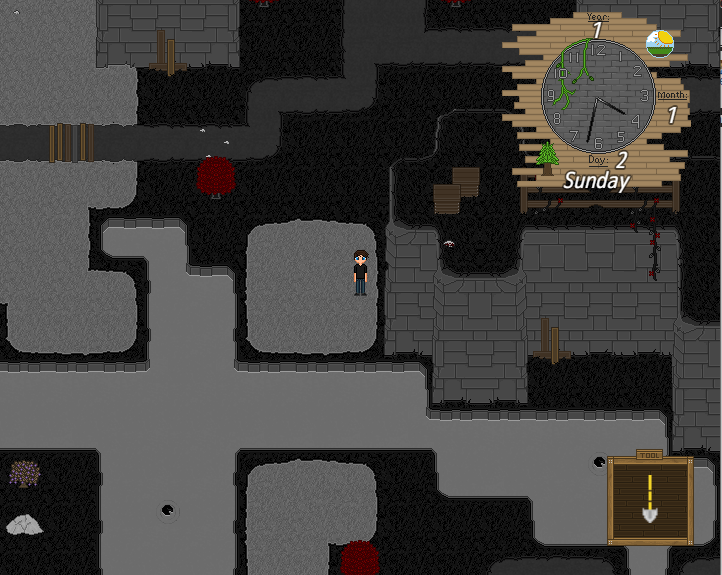 If the player decides to save the town, the lady in "the depths" transforms into a non-corrupt version of herself. and the true quest of the game begins. Restoring the town is no easy task. You'll have to settle a feud between these two:

Redeem the villagers from "the depths", and rebuild their houses. 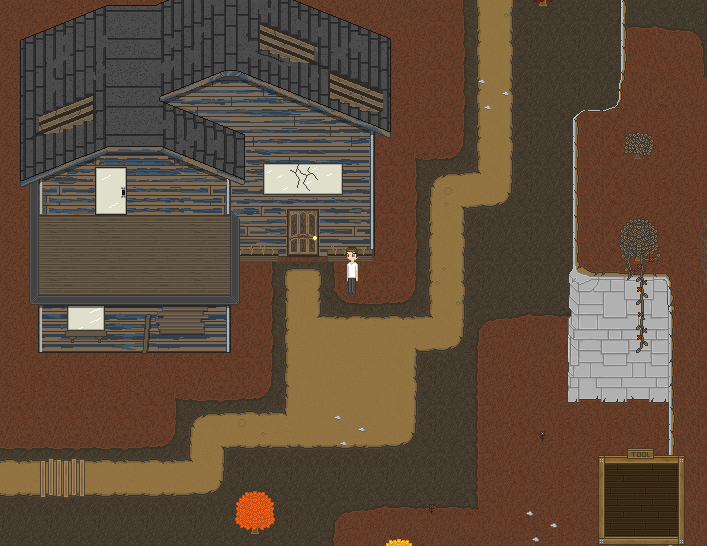 Rebuild their own farm...

Get married to their favored marriage candidate...

Explore to the end of the mines and defeat the monsters inside..

And then finally discovering whats been killing all the crops in the town..

After all that, the player might be able to restore the once failed town and awake to their real life with new meaning. 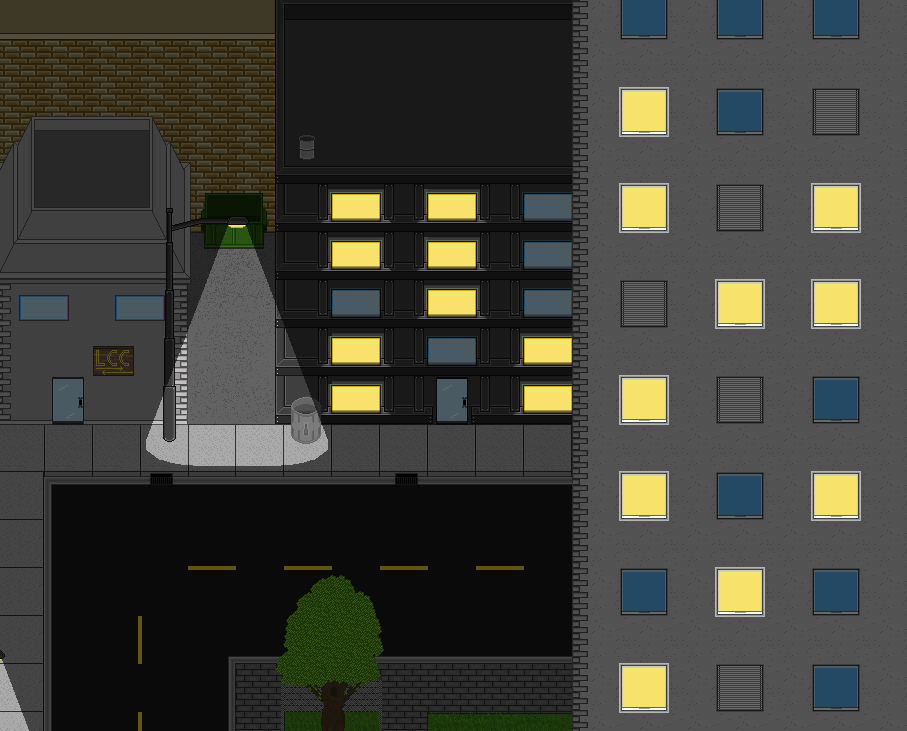 The scene begins in their apartment, where the player awakens from their sleep. They are greeted with surprise from their spouse they married in Pt. 1 of the game. They are shocked to find you out of bed and moving with life again. However, a new struggle begins. The couple begin to talk about rent, and how they will afford to live. The character decides to put their life together to see, by the end of their life, just how much good can they do in the world. From here the player can choose from different starting jobs, and eventually work their way up to more complex jobs. The players goal is to do as much as they possibly can and achieve the highest score before their time ends, all while maintaining their relationship to their spouse, having kids, choosing from new houses/places to live at, buying new cars, improving their status in the world and possibly solving some major issues confronting the world. This part of the game is about completing as many tasks as possible and achieving the highest score possible.


This is my two-part game, Reincarnation.

Big thanks to all plug-in creators.. Without the plugins used here, this game would﻿ not be possible. Thank you.﻿

HELP HOW DO YOU TURN OFF CAPS

Wow, ok so its been a minute. 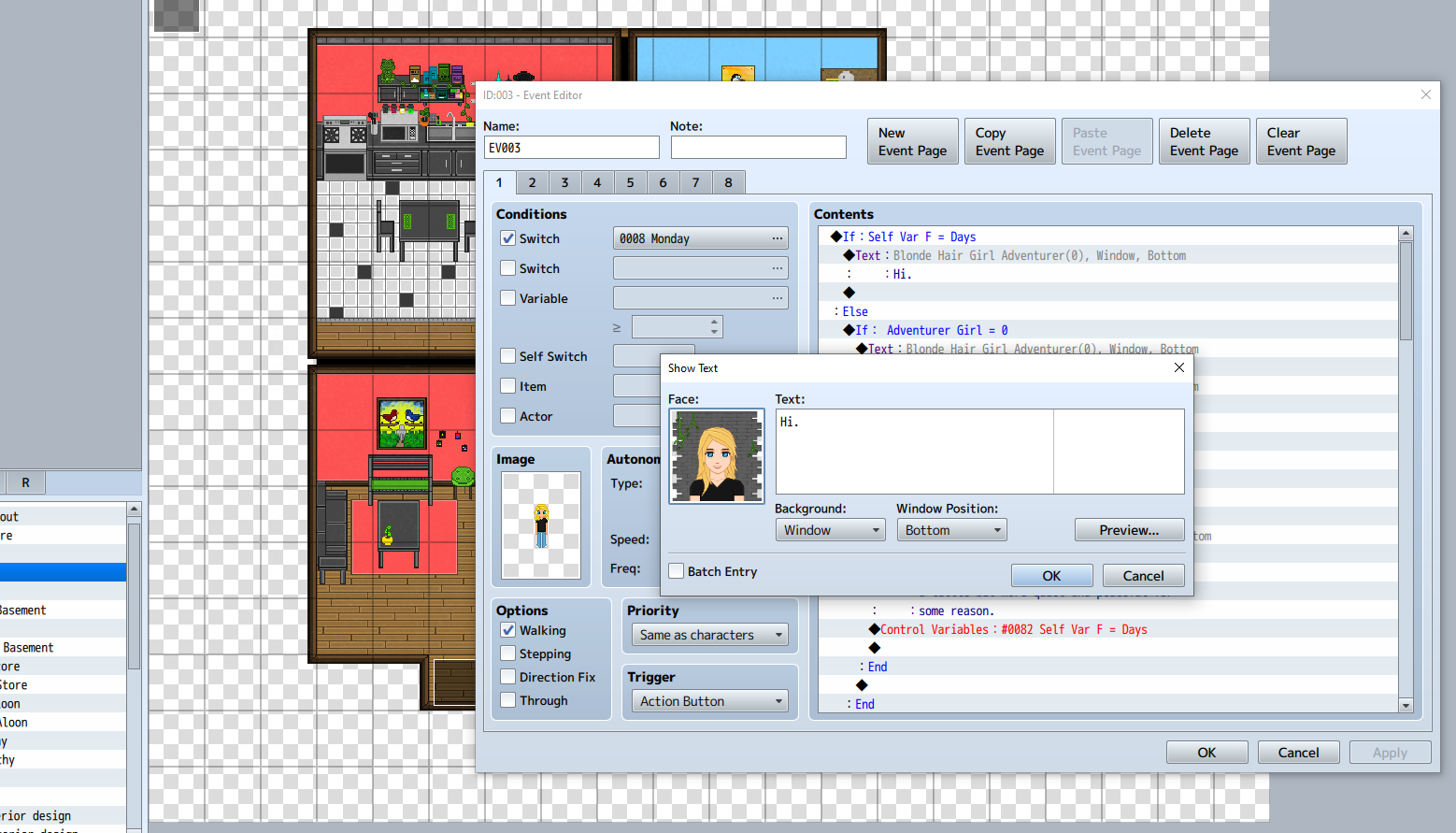 I already have an image and sprite for every npc, however I wanted each datable character to have unique outfits for each day of the week. Every time I try to finish something in my game, I always end up adding another feature to it. The question is, will I ever finish?... Ha. . . haha..

Yeah, I will. But probably but not like next week.

This is my spawn map which is made possible by Galv's Plugins. 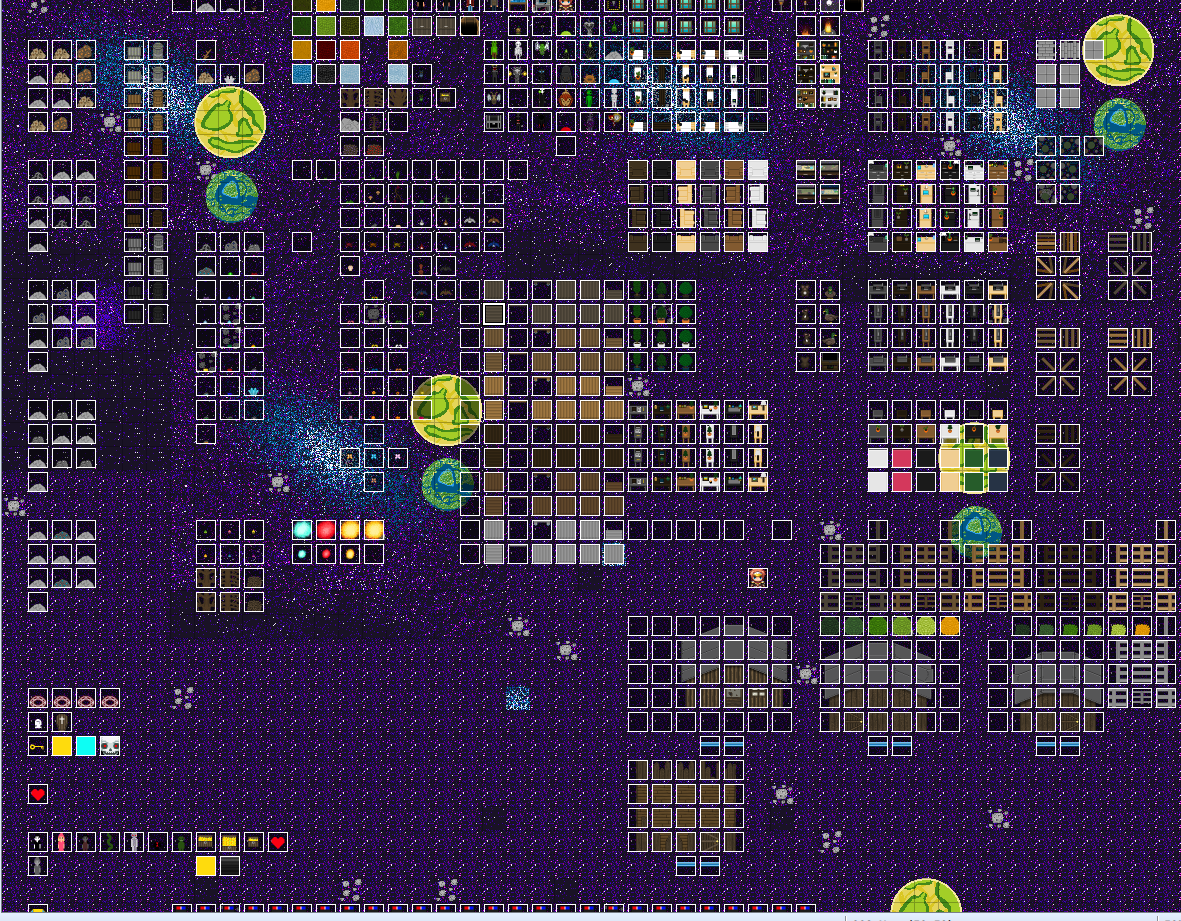 (I swear if i finish this game, and if people decide to donate money after it being a free game, I'm giving Galv a fair ransom. This guy kicks ass man.)

These two are part of the story, the main story, although you won't be seeing alot of them in the game. These images are of their "corrupted" selves. Their images progress as you progress properly in the game. 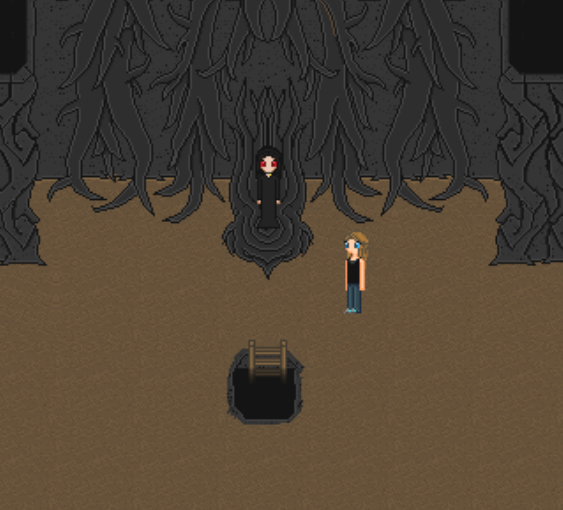 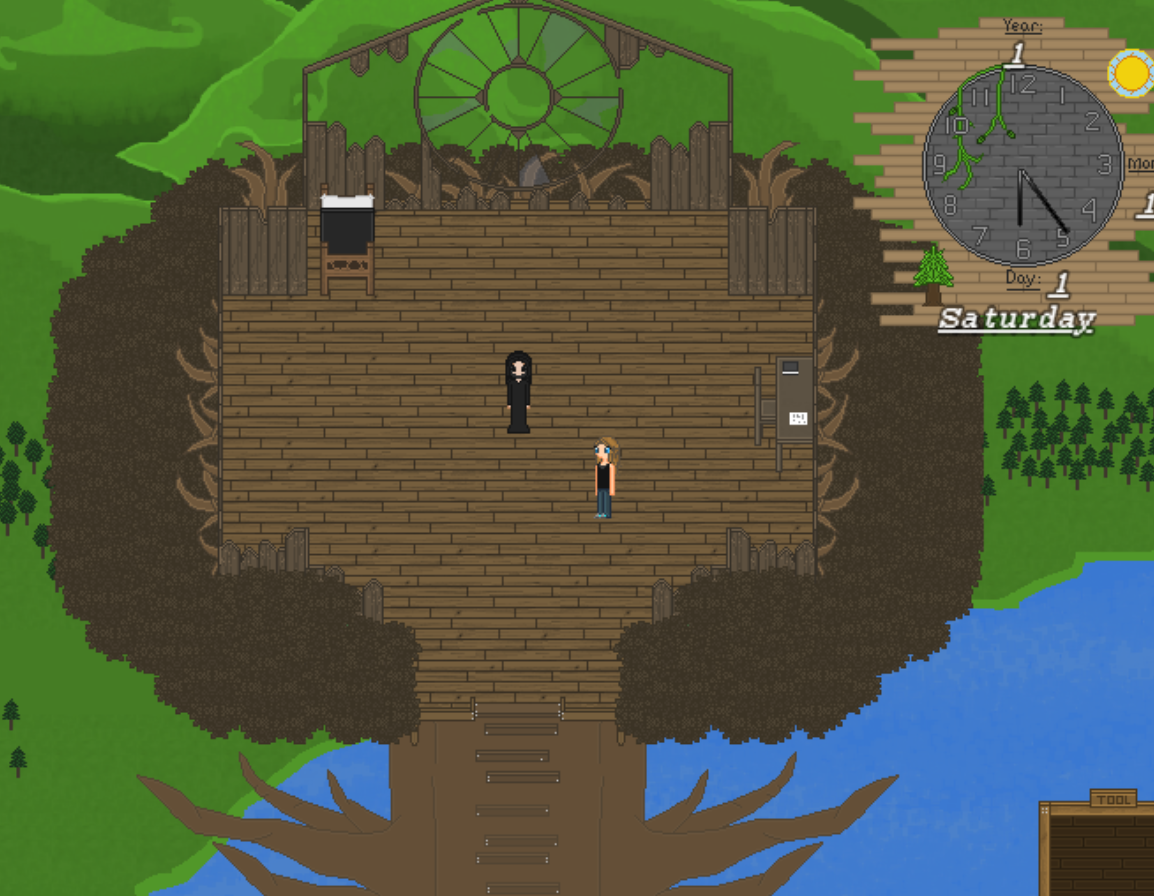 And here's some nice-ish looking overview of two of my maps: 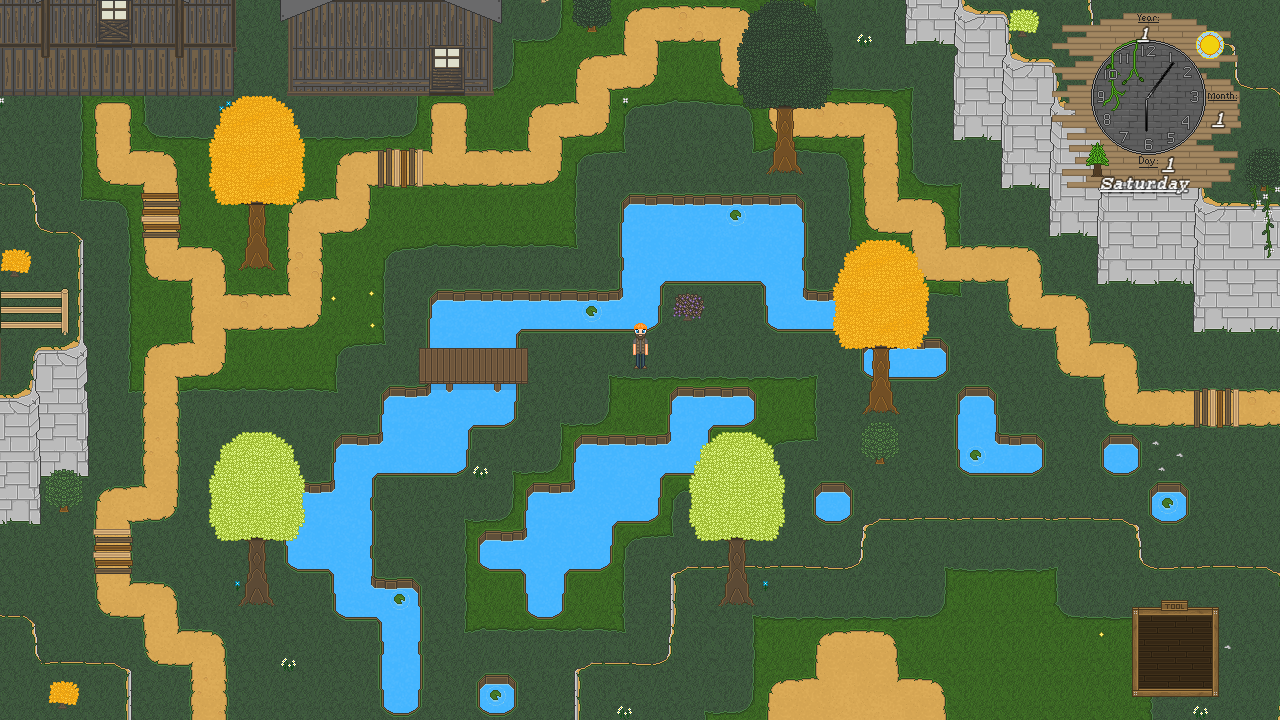 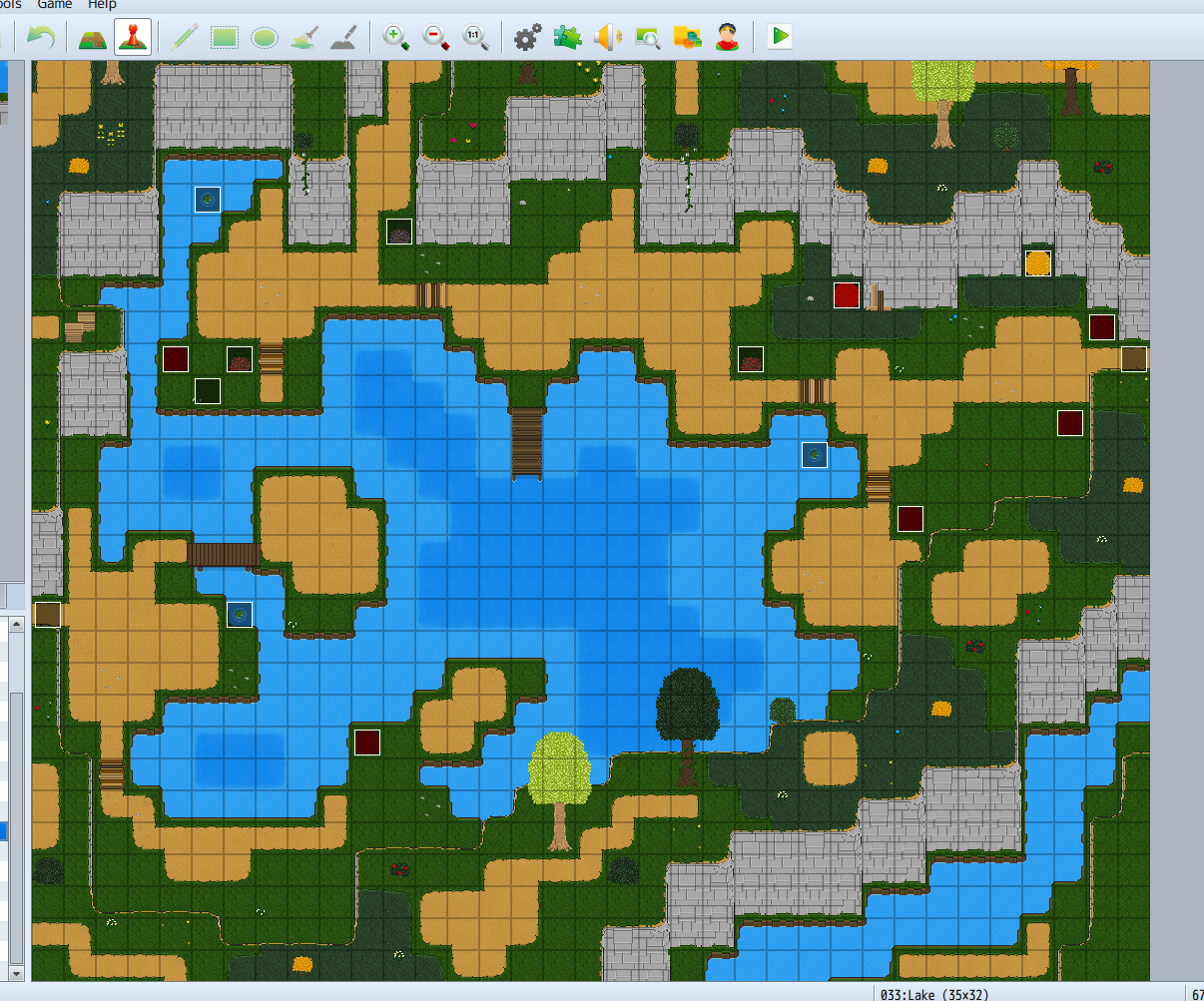 Fun side fact if your into that sort thing you weirdo:

I have three full notebooks worth of information developing this game.... so far. Everything in these notebooks contains: story line, Map id spawn list 1-999, npc personalities, heart event ideas, extensive to-do lists and.... more.. .and more...

(I maybe some what of a pixel artist myself, but can we just ignore my handwriting and doodles? I was never really talented at art, or game-making, or... really anything at all? 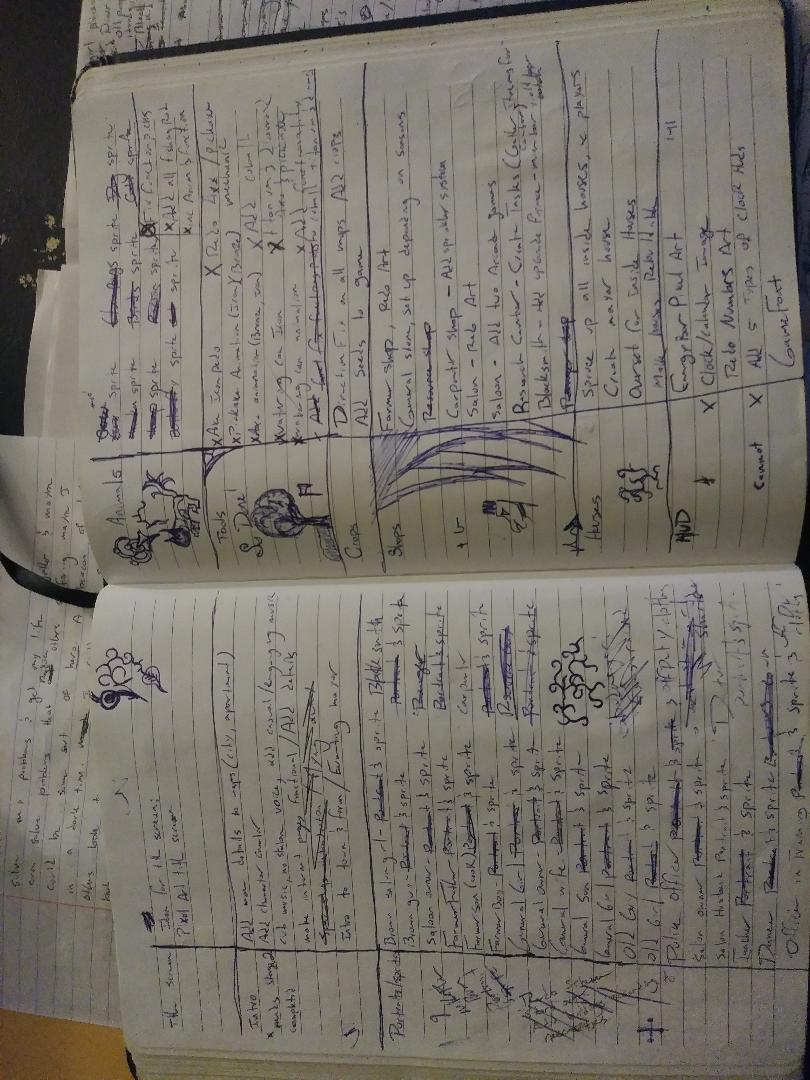 
This next one is my current to-do list that im seriously running out of space to write on. 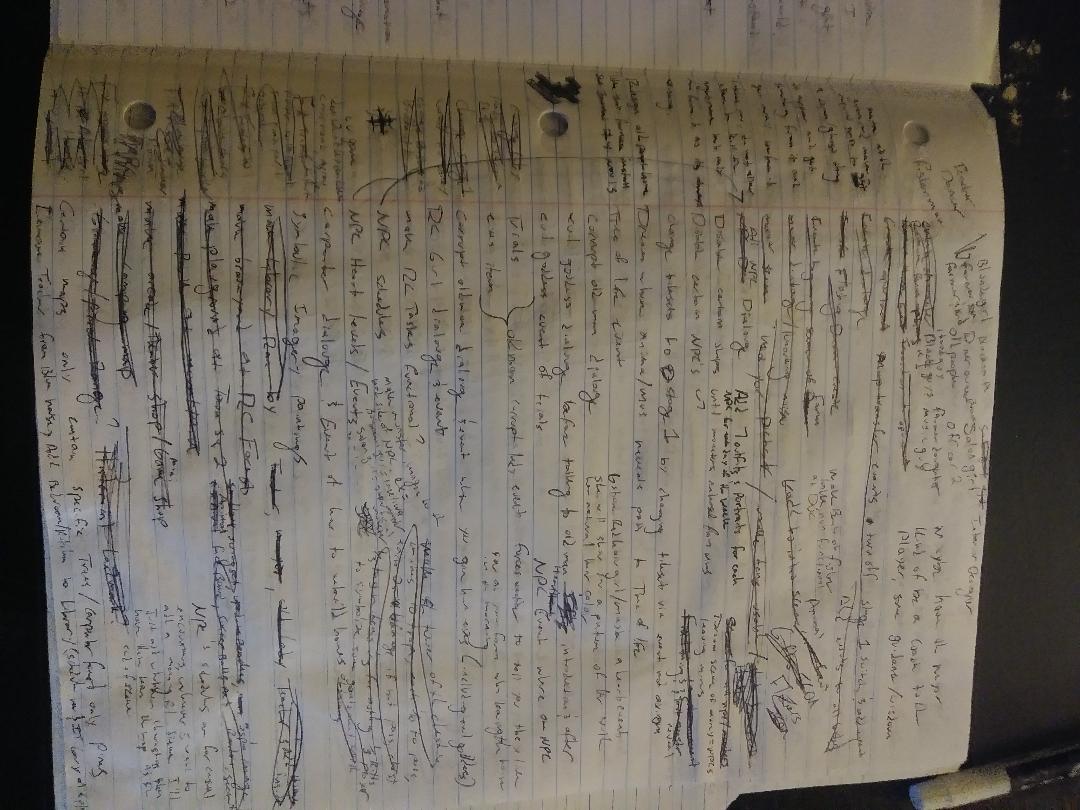 Yeah. It's kind of a mess but how are you supposed to keep organized making a solo game?

And this is just some designs for my mines maps. Yeeeeeeee 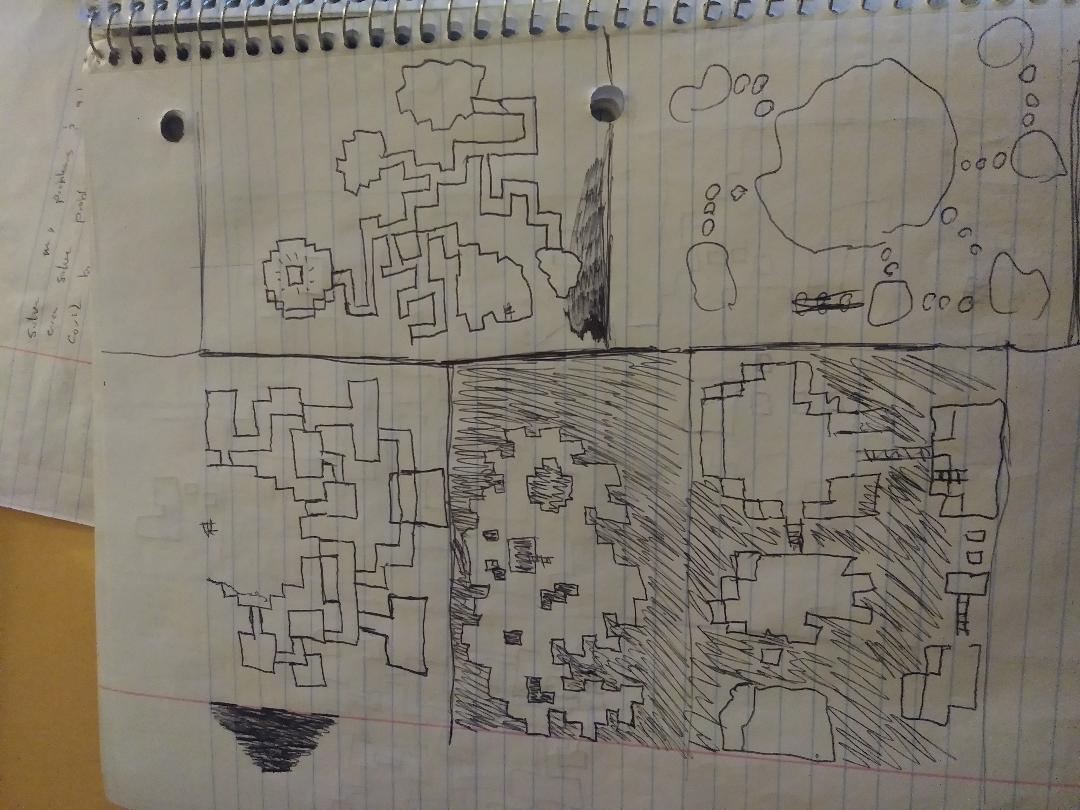 And of course, the best image of all. 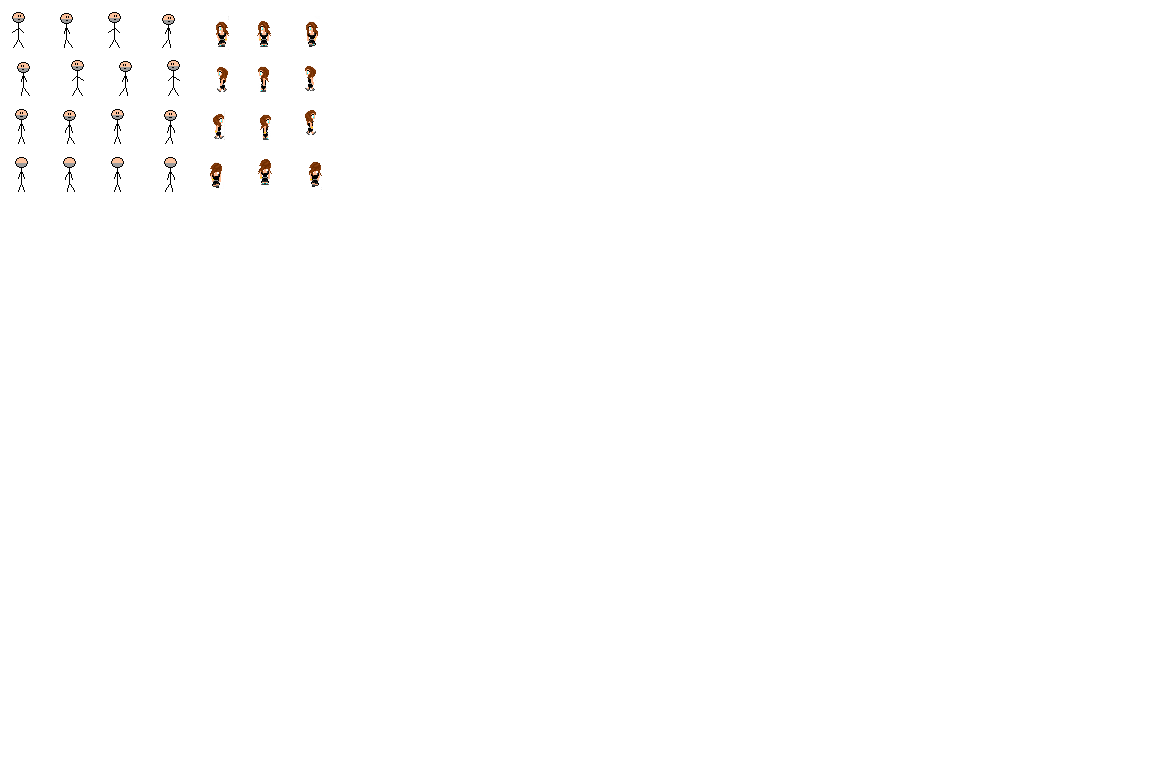 Dude, I literally made this in 5 minutes. And it was the first character sprite I ever made. It's the wrong scaling for RPGMV. Like the character boxes are too small for MV, so when the character was moving around you had the bottom-half a corpse floating above the top-half.

Background for the top of the mountains

What secrets lie within the mines of Reincarnation?