I heard that the previous version didn't seem to start up for some players, while it worked fine for myself, so...

I did some proper research on how this strange behaviour occurs. I applied a fix and the game seems to work fine for now, although I temporarily have to go on without my achievement submenu. This means that you still get achievements, but you can't view them anymore. Hopefully that's bearable.

I'll think about how to implement it again. Until then, I wish you a lot of fun with FoF V0.2.

Some changes I made: 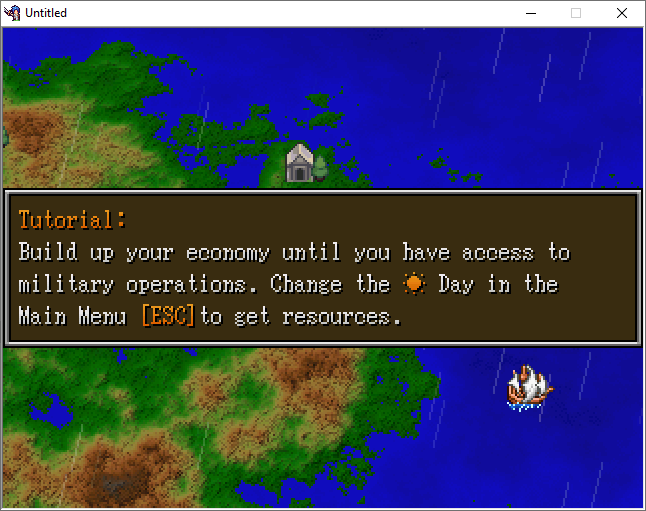 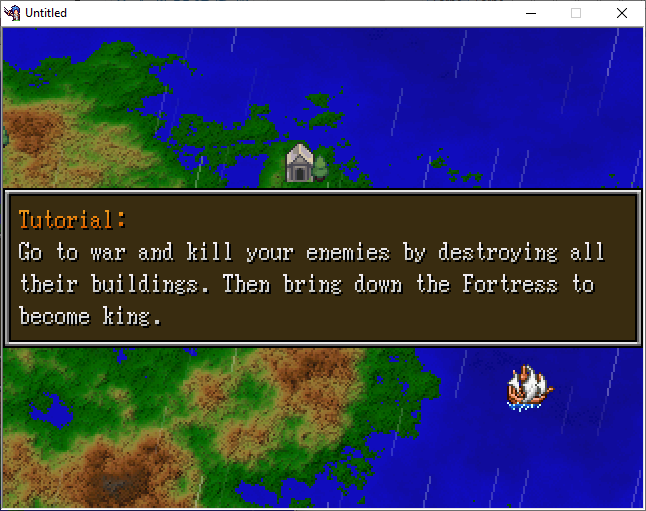 Update (the most casual title of any blog entry)

Just a few more screens showing some of the features of the game. Enjoy.

Afraid that you can't provide enough Food for your population? Have you ever thought about leaving that task to some harpy sisters who recently opened a delivery service? Well, why not. 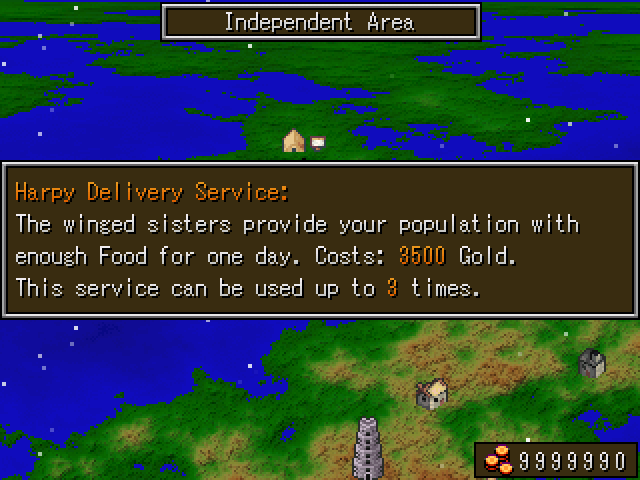 Like ressource collecting quests? Nah? Okay, here they are anyway. The Arcane Collectors give quests to worthy adventurers. It's about collecting as many resources as possible that they can sell across the sea. Maybe they'll give you something valuable in exchange? 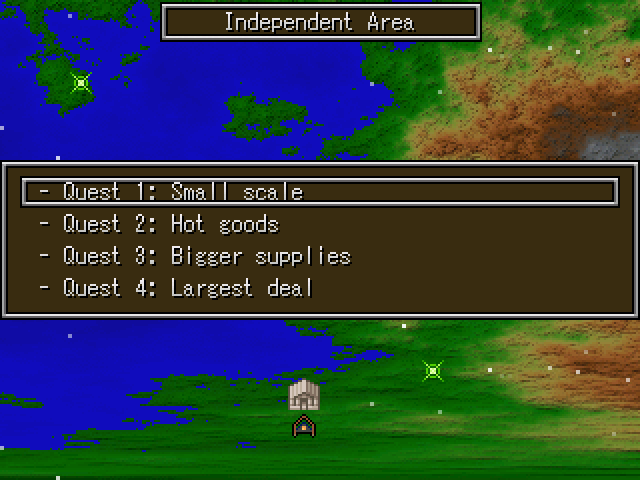 Can you go to war, but in a smart way? Of course. Just destroy the empty lots of your opponents before they can build upon them. Or destroy their Forests and Mines before they're able to even purchase them. Lack of resistance makes it easier for you to win. 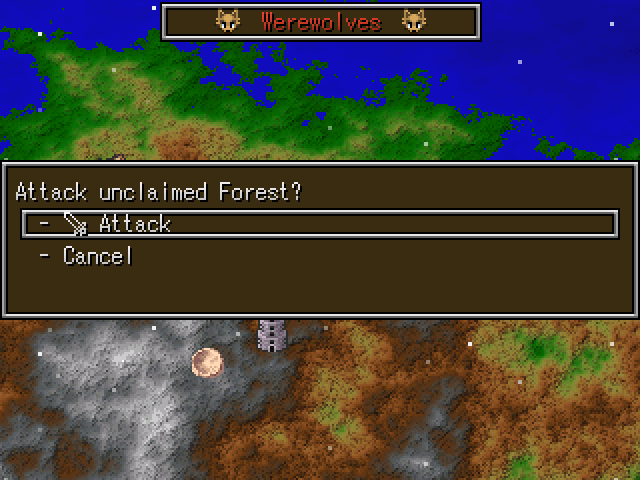 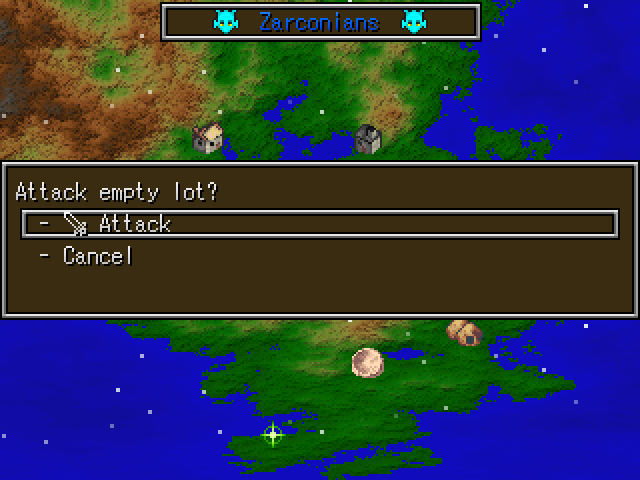 The full game will be out soon. Stay tuned.

I finally came up with an idea for an English title for the game which I'm ok with. Der 5. Pfad will be Fields of Fire from now on. 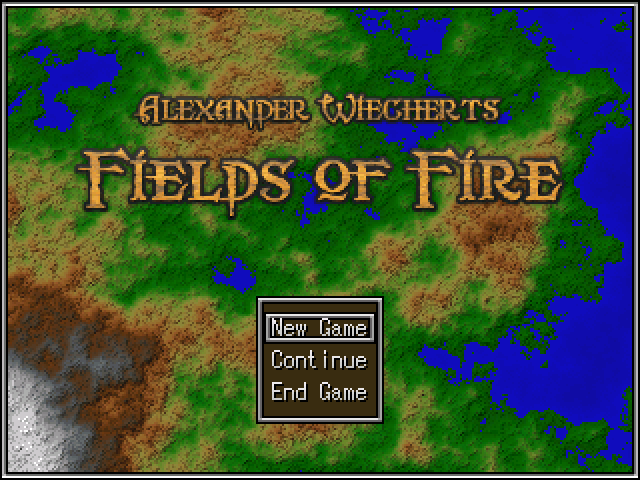 But that's not all. As said in my last blog, many of the graphics in the game have recently been replaced during the development process.

In the meantime, much more stuff happened. Unfortunately, I've lost 2 or 3 weeks of progress because I accidentally replaced my backup folder (as well as the original folder) with an outdated version. Now I have to do several things again, but that's not the end of the world. That said, bad luck won't stop me from completing this game!

As for the positive things, I can say that proofreading is going quite well. I've also gotten some suggestions for improving certain game mechanics and I'll therefore work on this a bit longer as planned.

In another forum, a user told me that my game contained ripped graphics which I wasn't aware of. This mainly affects the graphics of the buildings. So what do we think about ripped graphics?

Well, I took three days off to replace these buildings with legally usable ones. Since I had no clue about which graphics were taken from other games, I've decided to just replace them all! It was a proper piece of work editing these graphics to fit into my game, but in my eyes, the result definitely pays off; the overall picture looks much better now. I don't regret this step and I'm quite happy that I decided to go it. 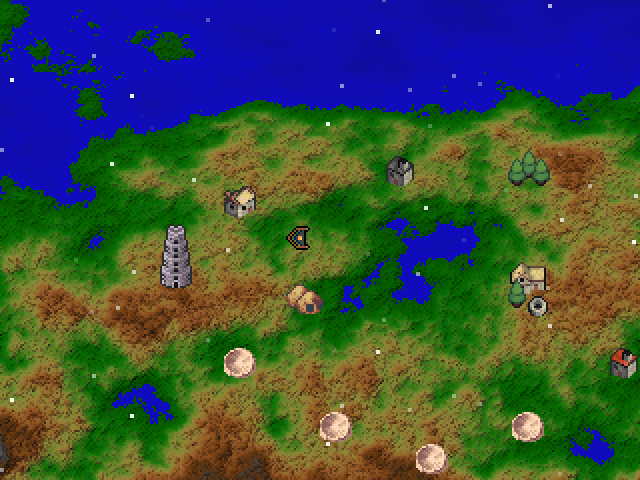 (Well, it seems like I have to edit this RTP-ship quite a lot to make it not stand out that much in comparison to the rest.) 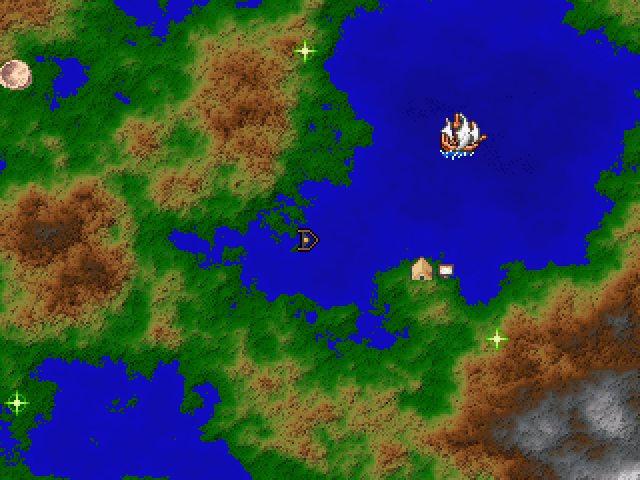 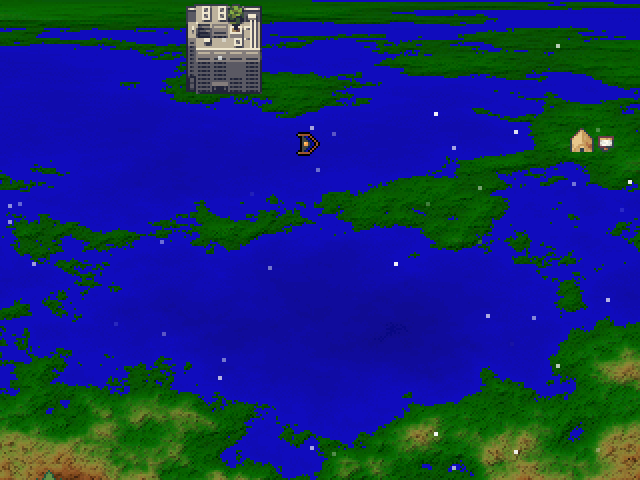 
I hope you like this Update. Let me know what you think about the new look of the buildings. :)

1. Wholesale: Have access to a Marketplace
2. Housekeeper: Build a Residence
3. Landlord: Build three Residences
4. Sheriff: Build five Residences
5. Lieutenant: Find a way to train Units
6. Agriculturist: Have 150x Food available
7. Collector: Own 50 of each resource
8. Feudal lord: Buy a Farm
9. Ranger: Buy a Forest
10. Lord of the rocks: Buy a Mine
11. Just heat it!: Build a Forge
12. Strategist: Own a Watchtower
13. Pioneer: Have 15 Villagers available
14. Mayor: Have 30 Villagers available
15. President: Have 60 Villagers available
16. Militia: Make 5 Villagers into Offensive Units
17. Army forces: Make 20 Villagers into Offensive Units
18. Golden Horde: Make 50 Villagers into Offensive Units
19. Cannon fodder: Make 5 Villagers into Defensive Units
20. Defense!: Make 20 Villagers into Defensive Units
21. Stronghold: Make 50 Villagers into Defensive Units
22. Money, money, money!: Amass 100.000 Gold
23. Entrepreneur: Amass 500.000 Gold
24. Millionaire: Amass 1.000.000 Gold
25. Persistent Survivor: Play the game for 50 days
26. Warlord I: Force an opponent to give up
27. Warlord II: Force two opponents to give up
28. Warlord III: Force three opponents to give up
29. King of the world I: Bring them all to their knees
30. King of the world II: Throw them back into the sea
31. Gambler: Play and win in 5 gambling games
32. Full House: Play and win in 15 gambling games
33. Royal Flush: Play and win in 25 gambling games
34. The Conqueror I: Build a Labor Camp
35. The Conqueror II: Build two Labor Camps
36. The Conqueror III: Build three Labor Camps
37. The Conqueror IV: Build four Labor Camps
38. Jolly Roger: Enter a ship three times
39. The more we are I: Have a population of 100
40. The more we are II: Have a population of 250
41. The more we are III: Have a population of 500
42. Rockfall!: Destroy all their Mines
43. Over your dead body!: Destroy all their Watchtowers
44. Checkmate!: Destroy all their Farms
45. Slash-and-burn!: Destroy all their Forests
46. Economist: Build a fully upgraded Warehouse
47. Detective: Discover three hidden bonuses
48. Lightsworn: Collect 10 Light Orbs
49. Businessman: Amass 250.000 Gold
50. God of the world: Gain all achievements
Pages: 1