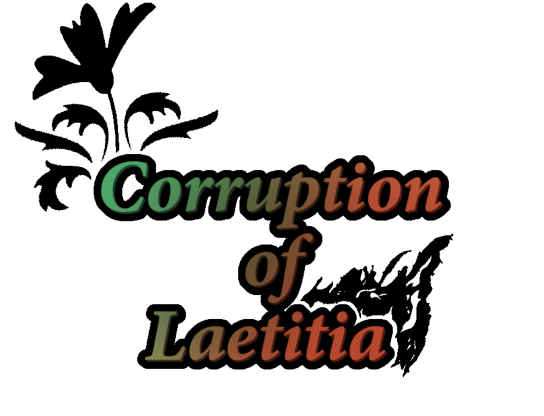 Not at all what I was expecting !

First of all, I think your warning should be modified.
"contains no sex or nudity, but contains suggestive themes or language, as well as girls kissing girls"
Reading this I thought the romance would be between women, which is no problem at all.
You should warn people that your "suggestive themes" are non-consensual sexual relation and non-consensual groping (yes, when your characters are being sexually assaulted by a succubus, we fall under the "non-consensual" thing).
Because THAT bothered me a lot (and would have bothered me no matter the sex of the characters).
I also could have done without the manga-style VERY suggestive images of those assaults (suggestive images not being the same as suggestive themes...).
Let's say I would have liked to be properly warned, not just led to think the romance was a F/F one.

This said, let's talk about the game.
We are being thrown into the action right from the start without going through the "let me learn" phase of every RPG game, and it's refreshing.
Yet, for people not familiar with RPG, it can be unsettling (I read in the comments that many people were taken by surprise at how hard the first fight is).
Especially since, right after the intro, the character loses her strenght and we're back to "square one, weak character fighting weak enemies".
Nice for seasoned RPG players, not sure if others can handle it.

Playability :
I got the hang of it pretty quickly, but once again, seasonned RPG player.
The font used for the text, as well as the colors, don't help to have a very clear battlefield.
With a few enemies of one kind, and no more than two characters, it's fine. But put more enemies of different kind, and/or a boss, and it gets pretty messy pretty quickly.

This brings me to the visual.
Not being able to see more than my immediat surroundings was fine at first : I was in a poorly lit dungeon, it went well with the atmosphere, ok.
But after an hour of playing while squinting my eyes I got tired of it.
Darkness form time to time, yes, but here it was just too much and got in the way of playability, ESPECIALLY in a game where exploration has a very important part (I felt like I was always...feeling around to find things).

The story :
it's always difficult to give an honest opinion about a story without spoiling everything.
The concept, if not original, is very nice. I like that I have the choice of being nice, neutral or corrupted to the core (but I don't feel like playing this game enough times to see how much the decisions I make can influence the story line).
Talking about the story-line (and trying not to spoil), your game is missing something very important to any RPG : a goal.
At first, I wasn't even sure what my character wanted to do : free herself from the demon ? fight the corruption ? take revenge from the priest (and isn't he dead already) ?
So, I played because I wanted to play, I did what my character was told to do, I fought the enemies I met but...I never thought by myself "I need to do this, I must find that, I have to fight this one, I must go there"


I have this nagging feeling that the plot was just an excuse and that the nasty yuri was the real central element.
Maybe that's just me, cause I was constantly bothered by my characters being sexually assaulted/harassed and had a hard time getting over it (sexual harassment is sexual harassment, even when it's between two women).
Despite that, I tried to focus on the gameplay and the story to give an honest opinion.

The fights were pretty repetitive after a time, the story (as I already said) wasn't enticing me to play and move forward to unravel what would come next...but the game wasn't BAD in itself.
I'd say, full of untapped potential. 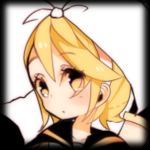 Close
03/26/2019 02:32 PM
Thank you for your review, sorry that it wasn't exactly your thing. I hope you'll find something more enjoyable for your next game~!

The intro message
"Warning: This game may contain scenes or themes that
can be considered disturbing or offensive
to some people. Viewer discretion is advised."

Was something I hoped would be enough, but clearly it wasn't and for that I apologize.

I was taking this from my position as a survivor of sexual violence and assumed that if it was too light to 'trigger' me it would be okay for anyone. Which was wrong to assume.

It also seems I'm just not the best with conveying objectives since at multiple points it's stated the player's goal is revenge on said priest. But I guess the intro makes it seem like he is dead. My bad, I could probably have shown that better with a different animation or such.

Thank you for your insight, It's nice to see what people think, praise or criticism alike. Perhaps next time I'll be able to do better!
lianderson

But in all seriousness, good review. If the game had brighter lighting, less fog, and more direct goals, it'd be great without question.
KayakoAmaya

Close
03/26/2019 10:55 PM
Ehehe, The thing is, I made it brighter three times already and it was bright enough for me to begin with, so I just don't know what is 'bright enough' I guess something must be wrong with my monitor~

As for the goals, I... thought they were pretty direct. From the onset it pretty much tells you "I want to kill this guy dead" so I don't know what more I can do in that regard. I'm probably just too out of touch~
lianderson

I actually haven't played the game. I've only seen hawk stream it. So, based off what I've seen, I give it 4 out of 5 murdas. (5 out of 5 for the hawk fight)
TheoAllen

Close
03/27/2019 03:46 AM
Imo, the original disclaimer is already good enough, but the proposed disclaimer is also not bad. If it was me, I probably ain't going to nitpick the disclaimer.
Tsuba
265

Close
03/27/2019 02:21 PM
I feel the need to try and justify my insistance on the warnings :
it's not a matter of being triggered or not, it's a matter of being clear from the start so people know what they're getting into.
The warning as you put it are just telling us "there's going to be some same-sex relationships here, so if that bothers you (ie : you're a little homophobic), hit the road !"
But that's not it.
We're clearly falling under the non-consensual theme, and no matter the sex of the characters or their love interests, it must be precised.

I really invite you to upgrade your disclaimer.
Sexual theme and non-consensual sexual theme are NOT the same thing AT ALL.
And many players here are quite young...
Liberty

Close
03/27/2019 04:00 PM
We do require that things like non-consensual stuff be marked on the gamepage itself. Please add that asap so that people know what they're getting in to before they actually bother downloading the game. Even if it doesn't seem like much to you, others have different experiences and what might not be a big deal to one person might to another. So yes, insisting on a clearer marking as well.
KayakoAmaya

author=Liberty
We do require that things like non-consensual stuff be marked on the gamepage itself. Please add that asap so that people know what they're getting in to before they actually bother downloading the game. Even if it doesn't seem like much to you, others have different experiences and what might not be a big deal to one person might to another. So yes, insisting on a clearer marking as well.

Oh wow, Thank you, I forgot the fact that on the site itself the disclaimer isn't as well presented as the in-game one. Yes, you're right. I was thinking about the game's introductory disclaimer only. Even though it doesn't go much beyond kissing and implications it still deserves to be mentioned. I added it to the warning now!
Pages: 1