0 reviews
Save to Dropbox
Deathlies 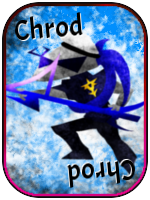 Chrod The Deathly is cold, even towards his own brother, Greis. He is seriously determined to ruin Livers' lives, and destroys zones as much as he can. He may seem more composed than his brother, but he can lose his temper surprisingly quickly.

Chrod attacks with his arrow lance, which can also shoot beams. He uses ice powers, and his Chill Waster move can sap his foe’s MP really efficiently. 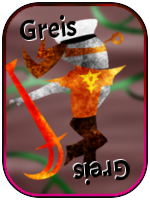 Greis attacks with his orange scythe, his most prized possession. He uses earth powers, and his Radical Smasher move makes you lose TP. 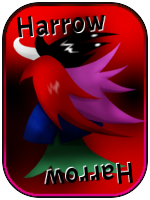 Harrow The Deathly is made entirely out of hair. He is vicious and cruel, never hesitating to eliminate an opponent.

Harrow is all about swift, hard-hitting physical combat. He attacks multiple times in a single turn, and always has a chance to counterattack when struck with a physical move. 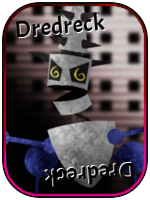 Dredreck The Deathly is a machine that somehow turned into a Liver, then to a Deathly. He doesn’t seem to have genuine malice towards anyone, but causes destruction wherever he goes, so the other Deathlies use him for missions. 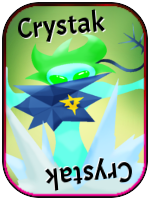 Crystak The Deathly acts strangely motherly towards everyone, allies and enemies alike. But make no mistake, she is more than willing to hurt those who slight her even slightly.

Crystak has many magical maneuvers; she can greatly boost her magic power, recover MP, and paralyze the whole party. She also has numerous resistances and even immunities, so certain moves won’t work on her at all!