0 reviews
Save to Dropbox
Livers 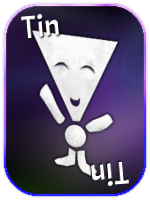 Tin isn’t much of a talker, and he did nothing but wander for the longest time. Nobody knows who he is, it seems. After Wand approached him and talked about adventure, Tin finally lit up, and started a life of exploration and fighting. Now, he seems eager and happy, ready to help those in need.

Tin does not specialize in a specific skill or tactic. Instead, he has access to a wide array of techniques, and can perform magic using all elements. He is constantly trying to learn new things, so a majority of Skill Orbs found throughout the lands will resonate with him. 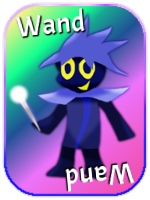 Wand always has a smile on her face, ready to cheer anyone up with a pep talk. Basically the embodiment of adventure, she constantly travels to new, exciting places. Tends to give out gifts to befriend others, and never appears to get angry, even when conflicts arise.

Magic is Wand’s game, and she knows how to use all elements. Aside from having good magical power, she doesn’t have too much else in terms of support or variety. 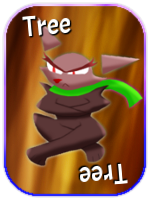 Tree is a seemingly simple creature of the forest, who wants nothing more than to seek out and devour sweets. She is typically distrustful of others’ intentions, particularly Wand’s, but is willing to join the group, at least for a while...

Tree largely focuses on physical skills and attack/critical rate boosters, but can also use water magic. Power her up, and unleash her not-so-hidden fury! She can lose control when she’s angry, but she’s always trying to stabilize herself through spiritual meditation, something her species excels at. 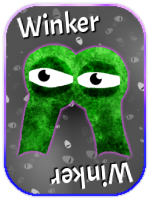 A monster that was given a name and turned into a Liver. Considered an abnormality among his species, because he tends to wink, hence his given name. Now, his dream is to understand and live in civilization amongst other Livers. Unfortunately, not too many people listen to what he has to say, due to his slow speech patterns and his tendency to ask the same questions again and again.

Winker has a lot of bulk in battle, and specializes in blinding enemies. He can also use Eye Drops to heal and cure blindness of allies. He doesn’t have special physical skills, but makes up for it with supportive skills and thunder magic. 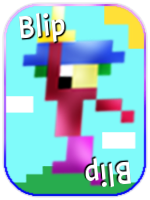 This little guy is Blip. He loves to go right all the time, and constantly bumps into walls, crashes into things, and annoys others as a result. On top of that, he is impulsive, and picks fights on a whim, because he enjoys the thrill of combat. Doesn’t always listen to his peers, and seems to be stuck in his own little world, but is still a valuable ally on the team.

Blip doesn’t specialize in much magic, but he has many different abilities that can hinder foes in strategic ways. He also has access to “Continue,” a revive spell that gives an ally another chance at life. 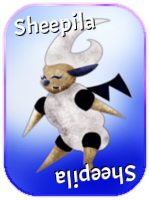 Once an ordinary sheep monster, but was cursed to become a vampire sheep. Sheepila is still a kind soul, but her curse forces her to crave blood, so she has to hunt all the time. Joining the group means that she can hunt stronger monsters, and the others can hopefully keep her in check.

Sheepila can protect the party with her fluffiness. She uses ice magic, and additional vampire powers, like draining health with mighty fangs. 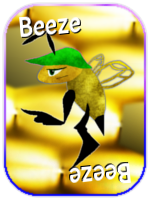 A beenion who was given his name as an insult by his fellow coworkers. After some shenanigans involving the group, Beeze decides to abandon his post, since he didn’t like serving his queen. He wonders if he made the right choice, though…

Beeze has great support potential. He can heal the party in various ways, highly boost certain stats, and even give the “Poisonfinger” state, which allows allies to poison foes with attacks.