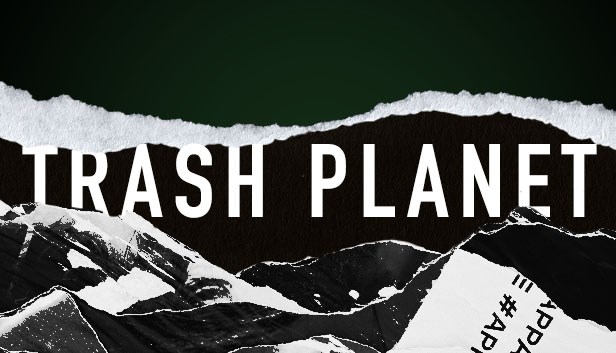 In the last blog post, I teased the idea of an update to Trash Planet. That update is coming! I've been working on it somewhat tirelessly for the last week or so. The update will include some big changes:

If you're considering downloading Trash Planet, by all means, I'm not gonna tell you not to. However, it might be worth waiting until the update drops. The update should be dropping sometime in the next two weeks. I'll post another blog post when the update is finished.

Hey, how's everyone holding up out there? Thought I'd post an update here since Trash Planet has been out for about two months, having been released on September 4th, 2020.

I've got a few ratings on Itchio (mostly 5 stars) and one review here on RMN so far (4 stars). I've got a fair number of comments as well, mostly positive, and some with constructive criticism about the game.

Speaking of constructive criticism, I'm thinking of making an update to the game. This updated "Final Edition" will be the version I upload to Steam. I've already paid the fee to upload to Steam, but I wanted to essentially upload the Alpha version to RMN and Itchio for free. That way, just in case there was anything that my testers missed, hopefully you all would find it. I figure that after I change some things for the Final Update, and then playtest it a bit more with the changes, I should be able to make the game super polished, and would be comfortable uploading it to a paid service like Steam.

Some things that I'm already going to include in the Final Edition:
* More items
* More enemies
* An additional town to explore
* More cutscenes with the different party members
* Minor balance changes
* Change to the font, since RPG Maker apparently doesn't like Pixel-y fonts on certain displays and set ups.

Things I'm not changing:
* The overall flow of the story / the things that happen in the story
* Any of the characters that already exist in the game
* Hardly any of the pre-existing graphics
* Any of the music, but I might add more

I've had some people complain about the graphics, but, that's just the way it is. I draw all the graphics myself (all the "Trash Planet" graphics, that is... Spoilers) so that I don't have to pay an artist to make them. I also don't want to use stock RPG Maker graphics. The graphics stay, like it or not. ;-)

If YOU have played Trash Planet and can think of anything I should include in the Final Update, let me know! Keep it constructive. This is a one-man operation, after all. You can comment below or send me a DM if you don't feel comfortable posting it or if it has to do with spoilers.

Yo, how's it going? Trash Planet has been out for 10 days now, and I've had people ask about the soundtrack. Is it out there? Can you download it? How much does it cost?!

If you're looking for the Trash Planet soundtrack, it's available for free right here: https://trashplanetgame.bandcamp.com/releases

The ending vocaloid song, Living Nightmare, can be found at the end of the soundtrack. If you're looking for a specific song to try out, maybe give this one a shot: https://trashplanetgame.bandcamp.com/track/living-nightmare

Most of the songs were made by me, but some of them were made by electronic artist DethBB, used with permission of course.

The time has finally come, y'all! TRASH PLANET is ready for download! Right here, right now! Check out the game page and go download it! You know you want to! Exclamation points!!!

Are you excited for the game? Scared? Anxious? Me too, but that has nothing to do with the game.

Hey ya'll! So, Quarantine has gone on for a lot longer than I expected. Which is bad. But the good news is that it gave me pleeeenty of time to complete Trash Planet. The game is done!

Trash Planet will be coming out on SEPTEMBER 4, 2020. It will be uploaded here and on Itchio. I might also release it on Steam later, but I'm not sure about that just yet.

Thanks for following the game! It'll be here soon!

What's up gamers. Not surprisingly, development on Trash Planet has been going really well. That's mostly because I can't leave my house or work on my job thanks to the ongoing COVID-19 crisis. Although Trash Planet is a dystopia story, it's got mostly nothing to do with diseases, so it's not too depressing to work on. In fact it's been a really good escape from all this crapola.

I have completed the Twin City, which is what I was working on last time, as well as the dungeon that goes with that city (The Mall of America based dungeon). Now I'm working on cleaning up what I have of the game, which is about 60% of the game I would estimate, and sending that off to my friends and testers to play. I'm trying to get people's feedback at every step of development, so that way I don't have to edit everything at the end. Seems like a colossal chore to do it that way.

If you are reading this and wanna play what I have of the game, shoot me a DM or something and maybe I'll let you play it, if you seem cool enough.

Anyways, I was gonna work on the game some more so I should probably go do that instead of writing a blog post about it

Hey, all, it's Adrian back at it again with another game development update. The development of the game has been going pretty well. Currently I'm working on the 4th major town in the game: Twin City. The town is "snow" themed, with a twins subtheme. I've already got all of the events and whatnot written for the town, I just have to go through and pound out the design elements. Most of which, to be honest, are done at this point. I've been working on the game quite a bit recently as I've found myself with some extra time.

I don't think to post regular game dev blogs here, but if you'd like to see the minute-by-minute Trash Planet updates, including screen shots and my thoughts on the game, make sure you follow me on twitter: twitter.com/trashplanetgame

Once I reach 500 followers, I'll be uploading whatever I have finished of the game as a Demo. That should be incentive to follow me on the ol Twitter if you're interested in seeing what I have so far!

Yo, it's Adrian, thought I would throw some game development notes here just in case anyone wants to read them. Development on Trash Planet is slowly but surely coming along. Admittedly, I work in bursts of activity (sort of like manic phases, but I'm not diagnosed bipolar or anything), so I have to make the most of these bursts when they occur. In order to keep my progress going more consistently, I've been doing some game design streaming on Twitch. Here's my twitch handle if you want to follow, which would be much appreciated:

Anyway, I would say I'm about 20-25% of the way done with Trash Planet. As far as the story goes, I'm not very far at all, but the engine is there, the combat system is established, the characters are written and so is the story. At this point, it's really just a matter of plunking through it and actually making the game. I wrote Trash Planet as a TTRPG first, which I DM'd and played with my play group, so the script and all the characters are already written. I know of pretty much everything that's going to happen in the game already, and I have a "game bible" of TTRPG pictures / notes / character sheets that I can use.

This game was going to be a sequel to my biggest game that I've made so far, HELLBOUND, and was originally developed as "Hellbound 2," but I ran out of steam on that idea and I didn't think it would really appeal to anyone that didn't play the original. Also, I liked the TTRPG that I made of Trash Planet and I wanted to turn that into a video game instead of wasting my time making a sequel to Hellbound that people might not actually play because it's a sequel. I also like the message of Trash Planet and the characters more than the ones I was working on for Hellbound 2.

I might keep making these blogs if people like to read them. If I don't get any reception I probably won't make them.
Pages: 1