So… I did something stupid again.

Working on a project knowing that you’re limited is a really sad experience, but what happens when you stumble on something that pretty much changes the landscape entirely?

That’s what I felt today. And I don’t think words can describe it enough. A single screenshot can do so. Oh, and it’s going to be a new thing now for the update.

And here she is in all her full glory:

Well, let’s see what this new chapter has in store for us. Until next update!

In the making of Sa Ilalim ng Gabi and Version 3.0.0

You can check out the full blog post at the website... and by clicking on the image.

Okay, I lied. Turns out I am going to add new stuff to this game especially after I saw some bugs that needed to be fixed. What better way to end this little game than by to actually giving it the update it deserves?

And have a happy halloween, pal. ;)

Future of this game

Hello, it's me again.

It's been a while since I've updated this as well checking out some stuff that I forgot. I'm just gonna make a tiny bit of an update.

The base game will not be updated anymore unless there are some stuff that needs to be fixed.

However, I do plan to remake this game in another engine so that I can export this to another platform.

Until then, I'm going to make a new game. See you then!

Alright guys, we managed to get ~200 downloads in GameJolt and RMN!

Have a good day, everyone!

"Will you do it, Liwayway?"

Darkness threatens to consume the land and deities of old rush to stop it. The Sanctuary of the Dawn is in danger and only Liwayway can save it.

Will the darkness win? Or will the sun rise again?

State of the Project #3 and Announcement

Hello, guys! This is KatanaHiroshi of Team TIMAWA, giving you another SOPA (State of the Project Address) as to what's going on in this game.

First of all, good news! The game will be released this Sunday 8 PM (UTC +8). The game's going through final adjustments before releasing the game. A lot of those adjustments made by beta-testers who played the game's... rather gruesome starting stages.

Of course, we'll roll out what had changed throughout as of this SOPA!

If there's anything about Twilight Mode, it's the really, really hard version of the game. The originally RNG-based monsters became ruthless, pathfinding monsters whose out for your blood... supposedly.

After a few initial changes, Twilight Mode has now, objectively and subjectively, decreased its difficulty to, at least, allow players to try and taste what true hell tastes like. This issuance, however, is created because there would be a more hellish difficulty that is going to be released as an update after release (of course we'd still be managing this thing).

And this is what it would look like in the difficulty selection screen. 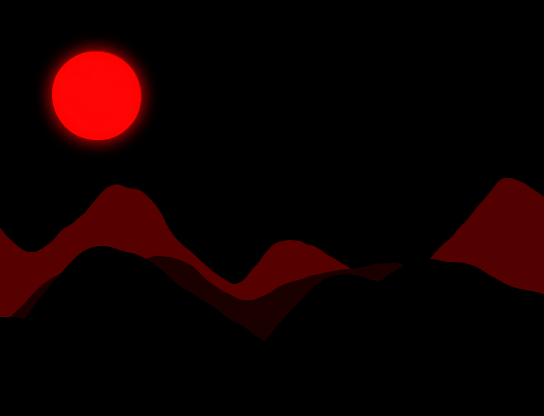 The changes set so far to Twilight Mode:

The Sound of Danger

As per standard horror treatment, it wouldn't be horror if you can't feel it or hear it. But it's more of the latter this time around.

Before, you're only introduced with the dreadful noises of either the crickets or the storm. This time, you're now accompanied with eerie background music to accentuate what it feels like in Liwayway's shoes.

Best part? The ambience changes (as well as the atmosphere) the more you reach the seventh lantern. You'll notice it soon enough.

Oh, and incoming danger noises have been added, especially for the new threat that is the White Lady.


And Maybe a Dash of Dignity

There will be overhauls, including Hanan's pesky up and down animation, that will be replaced with something better. A lot of improvements are now rolling for the actual release of the game.


Oh, and Happy Birthday to our VA!

...This is actually a belated once since it already started uh... a week before. However, let's congratulate our voice actor, Rilliane, in entering her 19th year in this world!


Now with that settled, stay tuned for more news about the release. See you!

State of the Project #2

While I'm not a big fan of just blurting out stuff, I do want to remind some of you guys of the changes considering that the development has been handled for a biiit too long now.

For starters, we're going to release it by this week. Possibly. Or next week. We're just finalizing stuff before we're good to go (and by good to go, like really good to go.)

So... what's really going to be added to the game?

Twilight Mode
Twilight Mode is the harder version of the game, where everything is held against you (but not that much). It includes the following features:

A New Monster
Originally archived as an 'odd' subject in one of Liwayway's notes, this new monster plays a role in the game's 'climax point' (no, not the ending sequence, the 'climax point'). It will haunt you just once, and is a rare occurrence. However, this doesn't mean that you shouldn't take care of yourself by any means, as this new monster can instantly kill you if not careful.
After a single encounter, it will never appear again. Unless you did something recklessly...


...and another one.
This monster will warn itself by a familiar 'cry'. Don't be deceived by its looks. It's more dangerous that it seems. This new monster will destroy a dynamic where the player remains passive, keeping the beat alive.

However, that is yet to be tested out.


Free Healthcare
Instead of instakills, the player now has the chance to survive blow per blow. That doesn't mean that it can give you a bit of relaxation. You're only awarded with three 'lives', and you can regain them by igniting a lantern (all lives in Normal and one per lantern in Twilight).


...with added protection
The health system is also coupled with a defensive option: the Burst mechanic. This gives the player an ability to halt anything- anything- within a 20-tile radius for a set duration (different for each monster). It fills up whenever:

And some changes.
While it would be a good assumption that the last few months spent were wasted on the game... you're sort of right. But not to a terrifying degree. I have a life, my team has a life. And I have responsibilities as a honor student that I have to begrudgingly carry out. Even so, we're determined to publish it by this month (as next month is our 'SCALE' deadline, which includes this as a branch). Gameplay changes have been added, with some stuff to the mix.

Also, we would like to request from some of you to join us in playtesting this game! You can just PM me at whatever time you want.

Oh, and have this too I guess.

State of the Project

And we're back again. Here.

Well... I don't know what to say, really. Aside from imparting to you a few things that you should know.


We promised (more like I promised) to release the game last September. That never happened because all of us had college entrance exams to deal with. Another would be this upcoming Sunday (UTC +8) and the following week. We're working mad hard on this project, but we still have to finish our academic requirements first.


While I wanted to release this just as a project of mine, I decided that it was a waste to do so since it had potential. The length would still be the same as of the Theme Roulette 2 version, but a lot of things had been considered; from hand-drawn CGs to gameplay changes. 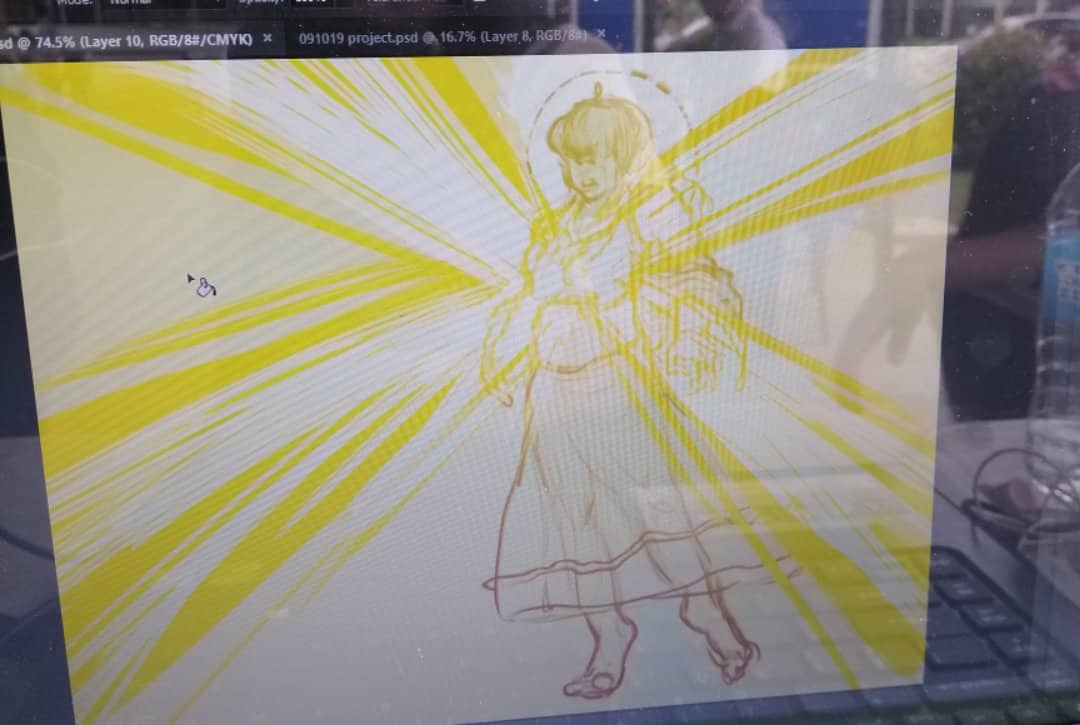 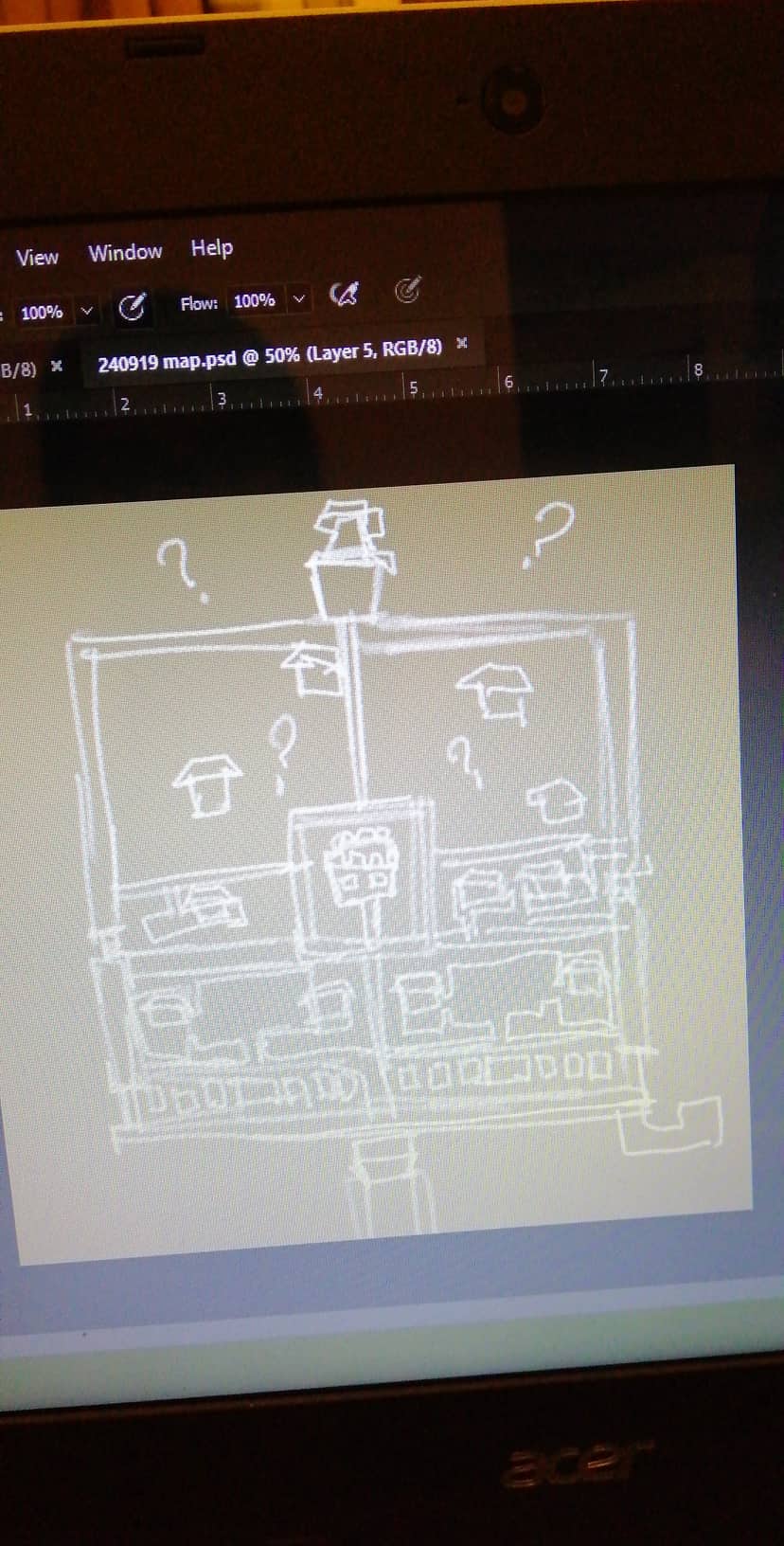 This is the first game that my team has to work on. Second would be a big project, so you can consider this a wake-up call for them. Expect a lot of things...! I guess?