Nobody knows what the Disease is, but it has destroyed and transformed the world into a growing nightmare. Simple survival will be an incredible feat. Monsters will make sure that it will only get harder... Too many humans have already died, either to poor conditions, monster attacks, or the Disease itself. The magic of the world is being sucked away. Cities, forests, caves... every last corner has been infested and transformed, or at least will be. 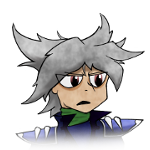 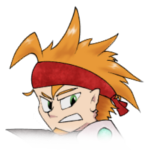 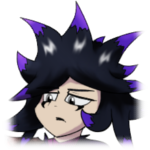 You play as Trig, someone who has survived for quite some time, even in the darker depths. However, he is now infected, and even he will start to see new horrors that his experience couldn't have prepared him for. As he explores, he will meet several new people who he'll have to work with, despite their differences and distrust for one another. The question is... who will break first?

Short battles happen upon contact with an enemy; just watch who will emerge victorious. Your health is represented by hearts. Run out, and it's the end for Trig.

To survive, you'll need a good weapon and some durable armor to take on tougher enemies. Throughout the game, there are many secrets to discover, including better equipment. Gather all the ingredients that you can, so you will be able to cook up dishes that restore more hearts. You'll need all the help you can get...

Anything can happen in this corrupted world. Anything...

This is a sequel to Ill Horizon.

Ill Horizon Shade has been updated!

-Certain exits are easier to find

-Some sections are less crowded with monsters

Looking out at the new horizon