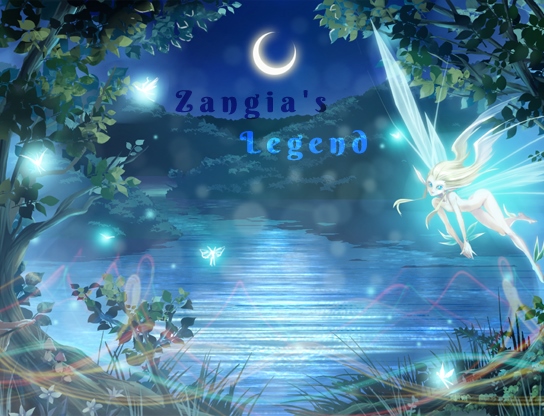 Thousands of years ago, a great war of dragons, demons and demigods ensued. At first the demons conquered the land, and many humans were subjugated. Soon after, a vessel descended from dragon's blood, and a savior was born. Hence the demigods walked the earth. The mighty dragons allied themselves with the demigods. Together they fought against the rageful hordes of demons. Eventually the battle was brought to a conclusion, thus the demons were desolated.

In present day, dragons and demons are known to be extinct. However a rumble of fury awakes a demigod's lost spirit for battle. Have the demons returned or is this a new menace threatening the future of humanity? 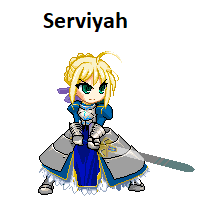 A demigod seeking to kill all demons. 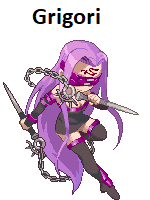 A soothsayer, working for the king. she foretells of mighty dragons. 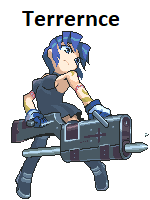 A minister at the local church, she wields a gatling gun.

-The time action system allows you to add up the damage utilizing weapon base attacks.
-Tp gauge allows the use of special skills to defeat your opposition.
-A neat exploration system that allows you to easily wander the land of Zangia.
-Plenty of armors and weapons to go around.

PLAY-TIME:
Zangia's Legend is a short game, but somewhat challenging. The game takes place in a land called Zangia, with four major regions that you have to explore. Give or take about 7hrs to beat the game.

Special Thanks to Atelier Rgss Community and to Moghunter for his Great, magnificent, excellent work on battle engines.

Info on Updates:
This is the final and only version, because of a incident. I lost my flash drive with the original game folder, therefore I can not make any changes to this game. Sorry.

Error regarding TP recovering:
Enemies and allies may or may not recover TP per turn. Their is an small error, that is to say topsy turvy. When TP is recovered per turn, the TP icon is a shady dark color. However when TP is lost per turn, the TP icon is a highlighted green. However, when you recover TP per turn it should be green, and lost of TP per turn should be dark. That was a small mishap in moghunter's script.

Defeating Dragons:
Dragons can be made vulnerable through inflicting magical damage. If weak to an element, then that element will cause vulnerability more easily.

Close
09/24/2019 04:42 PM
Nice, my game made it. Now can I get some feedback. Personally I do not want to use parallax mapping. I enjoy story and battle systems so most of my games will try to incorporate a great battle system. I'm new to this stuff but the more time I put in it, the better I can make it. with that being said I don't have to much time. Fit to get my second job. So is this game good enough or should I give up.
dnel57

Close
09/28/2019 05:19 PM
Just started the game. Went in elder's house and you can walk on tops of walls?
Looking for the cellar. Only one door and it's locked.
The door and the top of the wall should not be on the same plane, unless it's meant to be a trap door imho.
Zangia

author=dnel57
Just started the game. Went in elder's house and you can walk on tops of walls?
Looking for the cellar. Only one door and it's locked.
The door and the top of the wall should not be on the same plane, unless it's meant to be a trap door imho.

author=bicfarmer
lets see, saber, rider and ciel. is this about holy grail wars or something

I seriously hated that anime, but the characters are good.
tbone1052
0

nevermind...finally figured it out!
Pages: 1