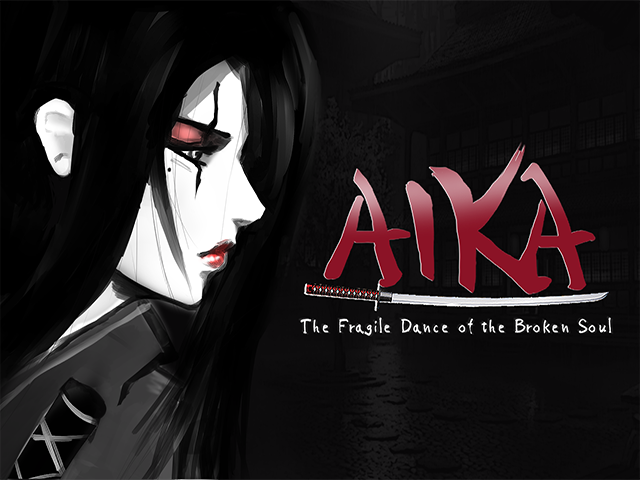 It has been exactly one year since PSYCHE Locke. Time really flies.

Let's celebrate PSYCHE Locke's one year anniversary by talking a bit about the game I'm currently developing, AIKA - The Fragile Dance of the Broken Soul.

AIKA is a short 2D Rhythm Game with Visual Novel elements set in a Feudal Japan like scenario, originally conceived for the second Theme Roulette Event held by Illy and staff. I'm currently developing it using RPG Maker MV. My aim is to get out of my comfort zone and try new stuff. This is my first Visual Novel game, my first Rhythm Game and my first MV game. Lots of firsts.

I've just recently finished writing the game's screenwriting and developing the first alpha version. Still lots of placeholder stuff in it, but it's coming together!

The hate between the clans began to surface again as a very young and inexperienced Tsurugi Fujioka got named new emperor of the realm.
This event marked the beginning of a brutal civil war.

Among the clans that were fighting against each other, in a land almost completely covered in blood, there were two with enough military power to change history.

The Sensho Clan and the Mikita Clan.

The former wants to give full power to the shogun Shinichi Kurosawa.
The latter wants to safeguard the dominion of the emperor.

Like in all wars, everybody pays the price. The innocent and the helpless above all.

Aika Shizumi lost all the people she knew and the person who she loved the most and represented both her present and her future, her mother, after an unknown group of samurai burned down her village. Presumably samurai from the Sensho clan.
Following this terrifying event, Aika finds herself involved in the civil war that is devastating Hokuroi. She's now part of the Kage Unit, led by former samurai Ranjiro Satou, a group of shadows, forgotten ghosts, that carry out top-secret tasks for the emperor.

She's changed. Her old self died in the flames that burned down her village.
Her art, her dance, is now an instrument of death.

Only one thing is left now...
One single thought in the mind of Aika Shizumi.

To find the Man with the Mask of the Oni and to avenge her mother.

AIKA is structured in chapters.

The narrative part plays like a typical Visual Novel. It will be linear and it will be about narrating the story to the player.

The gameplay part represents a duel between Aika and the "boss" of the chapter.
Aika will use her lethal dance in order to fight. The combat is the Rhythm game section.
Like any classic Rhythm game, the player will have to press the right buttons at the right time, following the rhythm, in order to defeat the enemy without losing.

There will be some distinctive features tied to this mechanic, but I'm still working on finalizing those, so we'll talk about those soon in the future.

At the end of each chapter, the player will be ranked based on their performance during the Rhythm section of the game.

We're also considering some side games and activities, outside of the main storyline. But that's still a big "if". First things first.

Special Thanks goes to:

HROT
For all of his advices, his continuous support and the constant whipping in order to make me work (xD).

Zorga
For the support during the making of the script and beyond! Thank y- *dies*
He also drew the house background you can see in the indoor screenshots.
Follow this kick-ass artist on dA! https://www.deviantart.com/zorga13/

RPGMaker.net
For the continuous support of each member and the constant flow of gam mak events that take my attention away from Karma Flow.
Thank you... >.<

Me
Because come on, I'm the best.

YOU!
Thank you for following me, for taking an interest in what I do. Thank you from the bottom of my heart. ^^
I hope AIKA will not disappoint you. 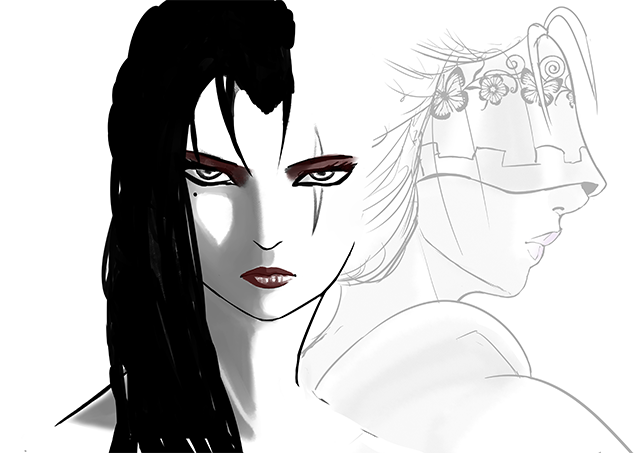 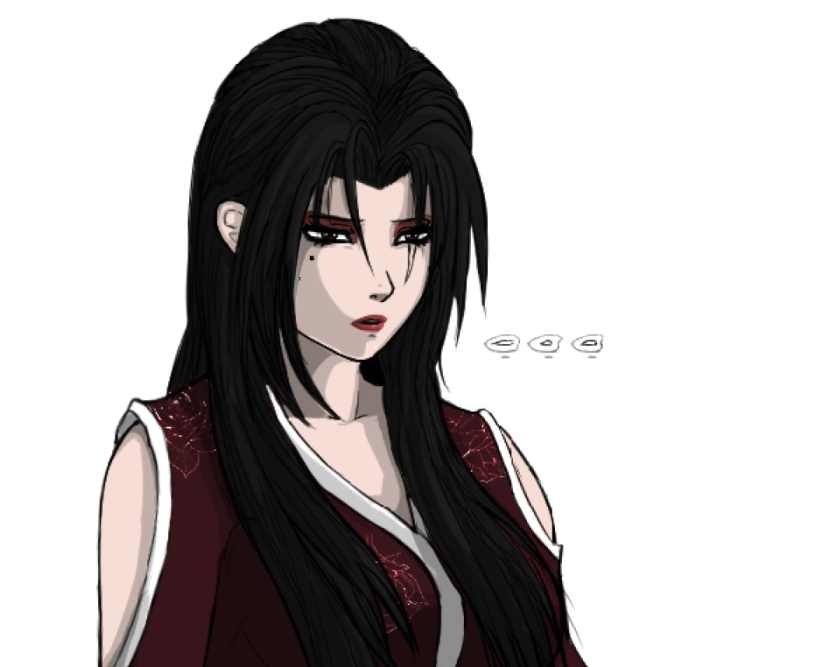 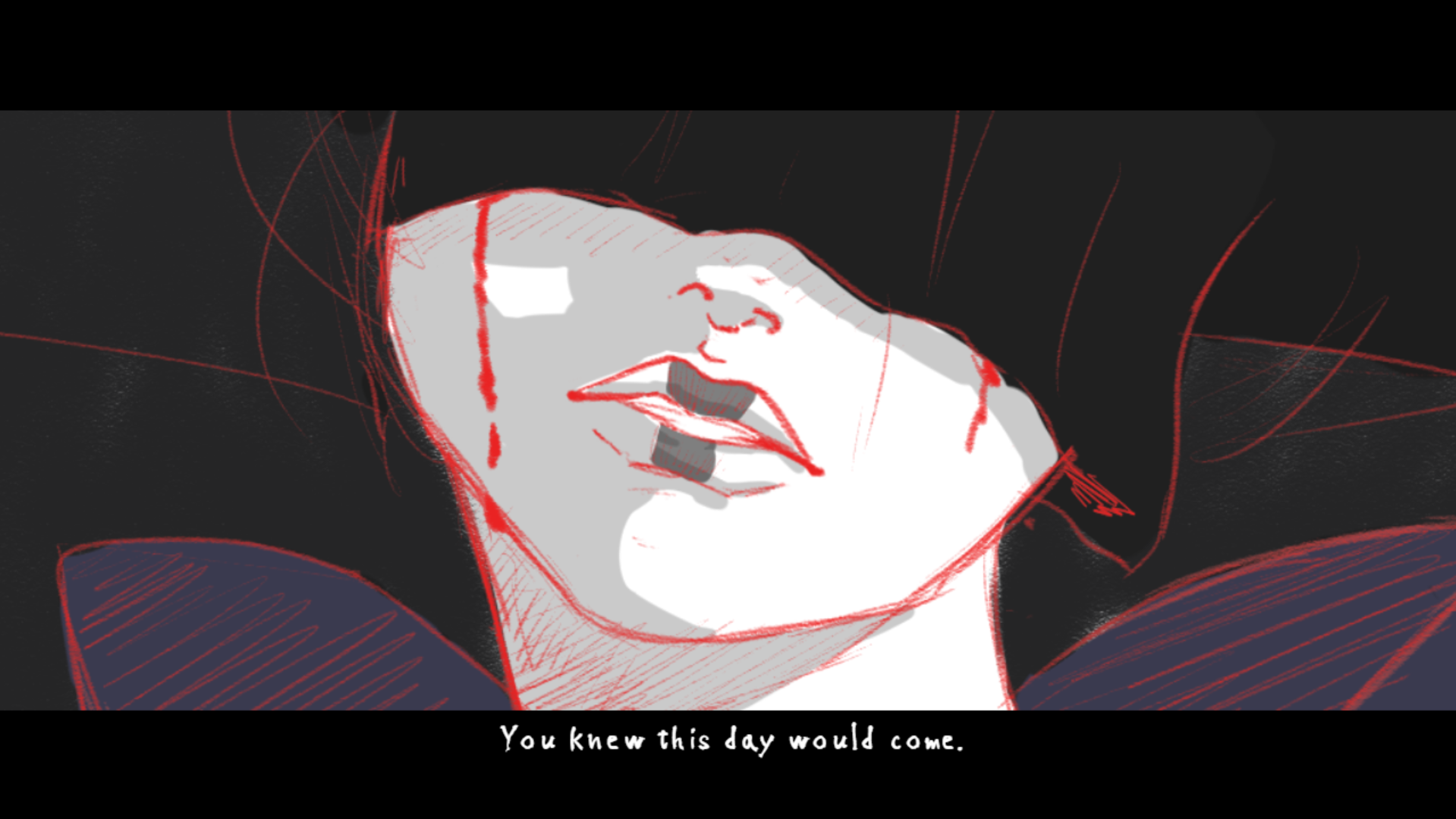 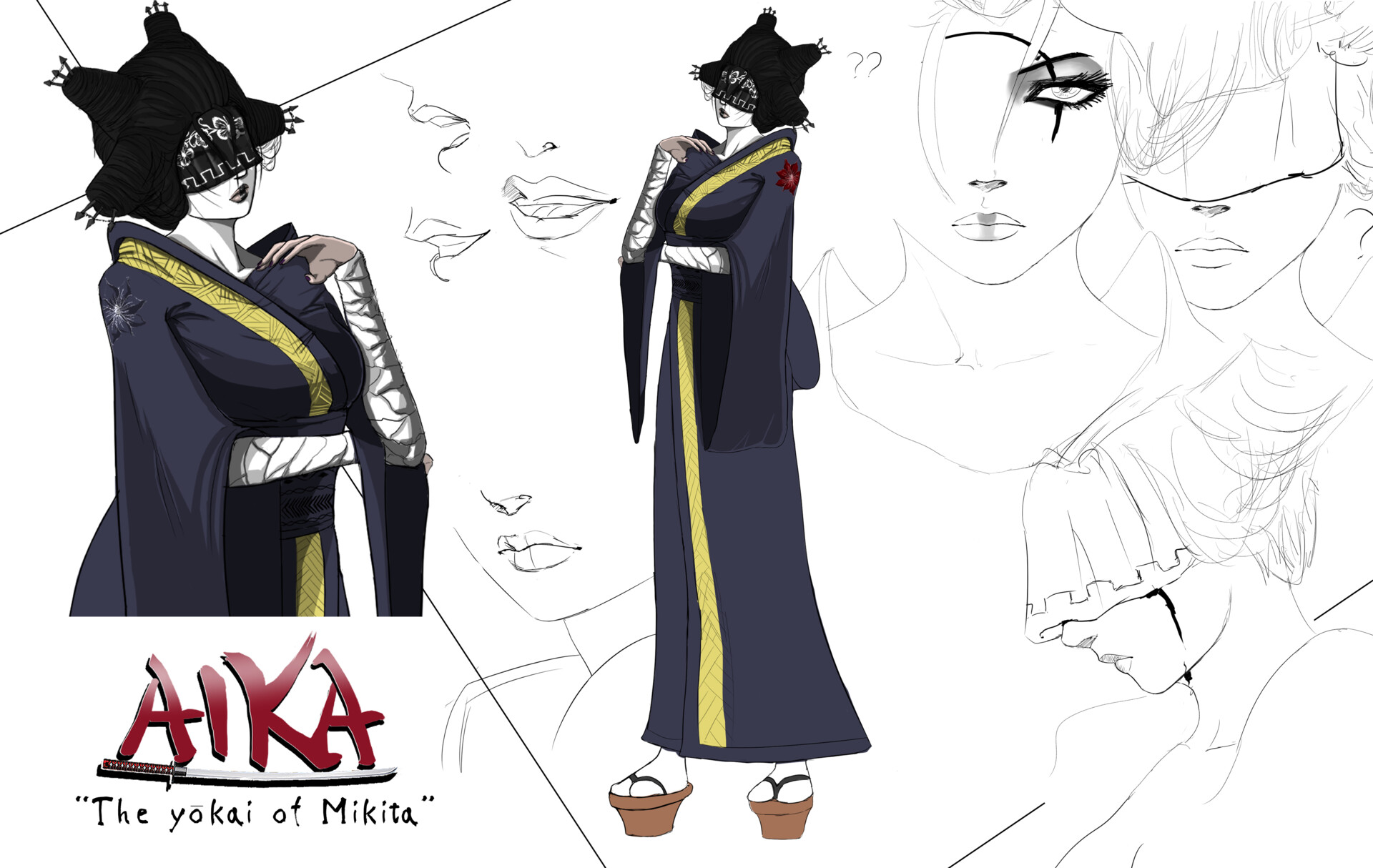 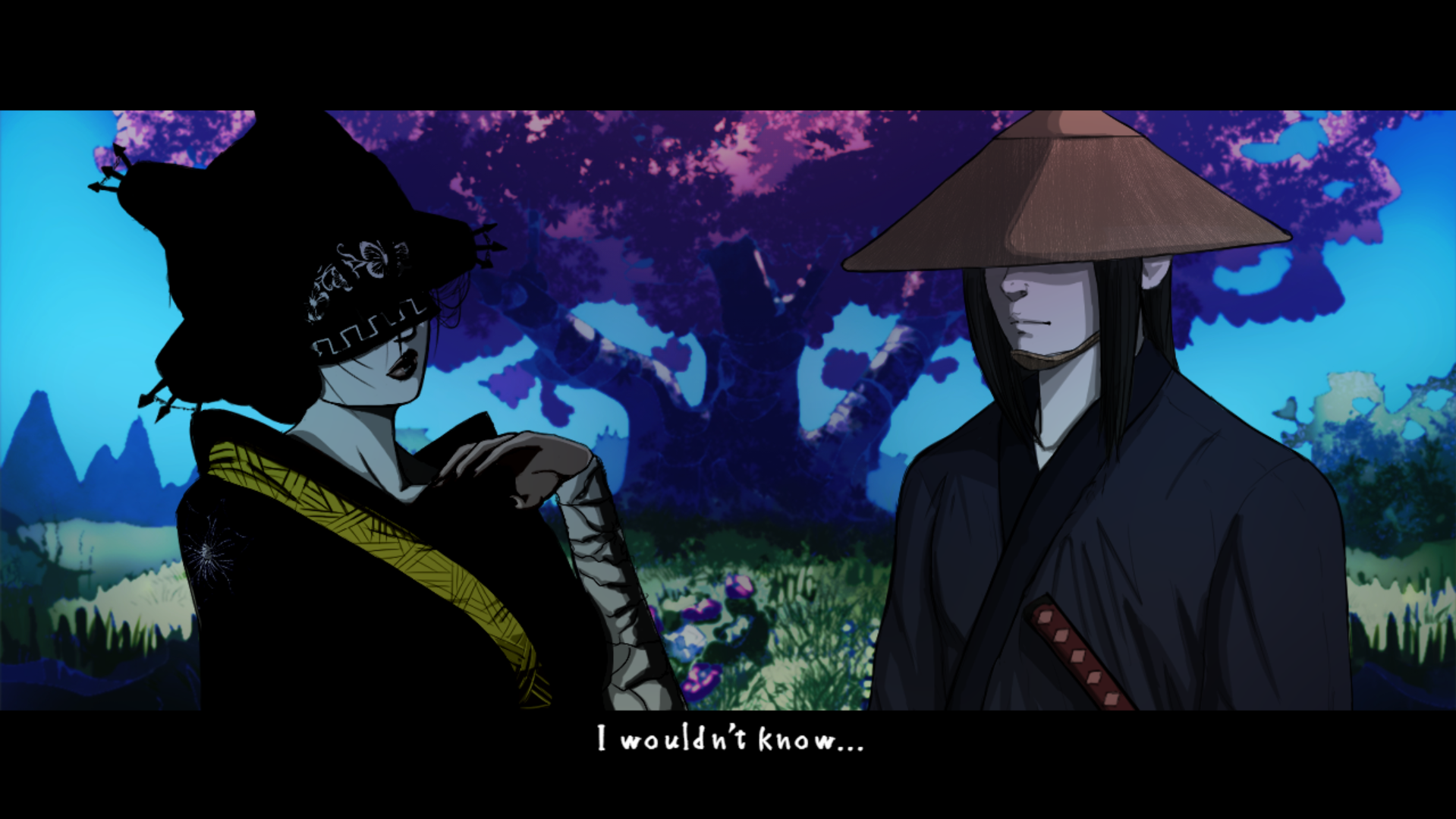 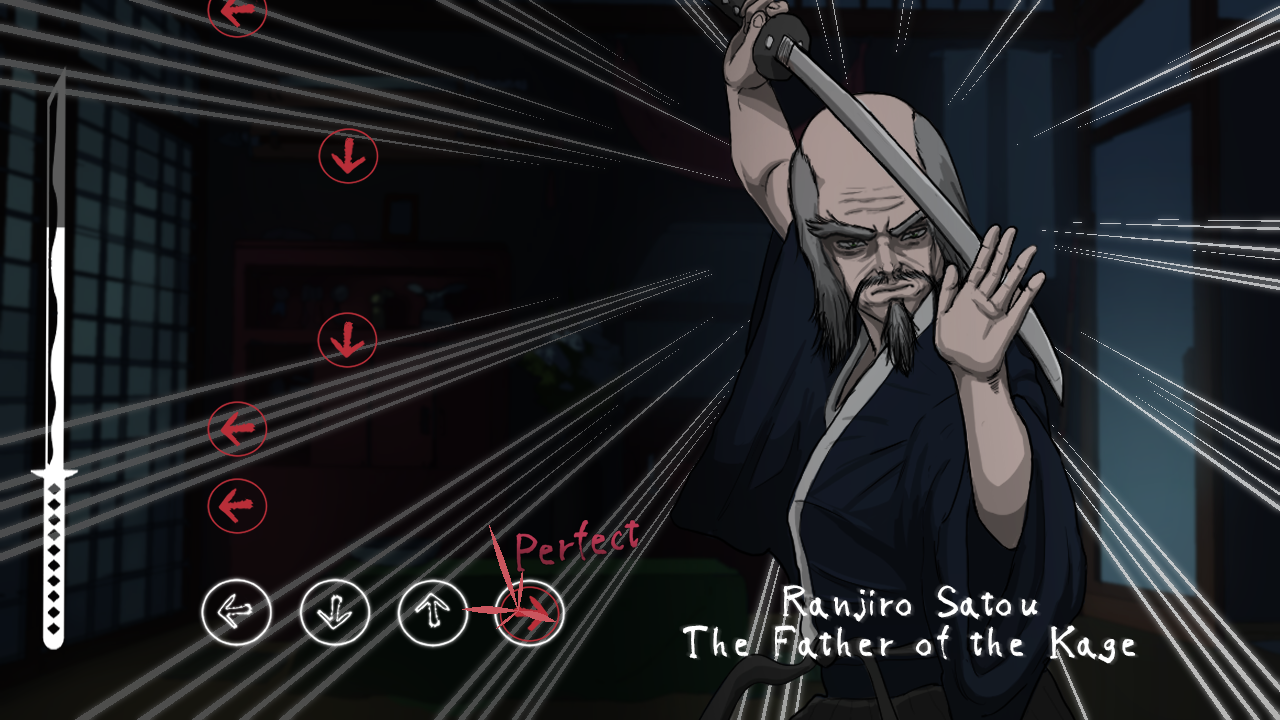 Nah, seriously, I can confirm that the story is good. Simple overall but with many nice little depths to think about and some fun surprises.
CashmereCat

author=Zorga
This is it. The pandora no bokusu is open. You can't shy away from your tasks anymore.

author=Dragnfly
Nah, seriously, I can confirm that the story is good. Simple overall but with many nice little depths to think about and some fun surprises.

author=CashmereCat
Excited. Subbed (not dubbed) for future updates. After catching up with the other OldPat games, I'll be ready for this one. Let's do this!

Play the other ones aaaaaaah!

And thank you, everyone^^
OzzyTheOne

Close
09/05/2019 08:45 PM
Looks pretty darn interesting and neat! (like most the things you make)
Looking forwad to playing this one!
Make_it_MagiK

Close
09/06/2019 12:11 PM
I'm happy to see this finally online! I was waiting for it since you posted some art on Theme Roulette's page!
The art is amazing and the idea very original! Can't wait to play it! If you're looking for testers, I would like to be one!
OldPat

author=OzzyTheOne
Looks pretty darn interesting and neat! (like most the things you make)
Looking forwad to playing this one!

author=Make_it_MagiK
I'm happy to see this finally online! I was waiting for it since you posted some art on Theme Roulette's page!
The art is amazing and the idea very original! Can't wait to play it! If you're looking for testers, I would like to be one!

Thank you, Make!
Yeah, why not? I could use some good betatesting on the game. :) I'll send you a PM when the game's near^^
Make_it_MagiK

Yeeey! I am gonna wait for your PM then! *exciteeeed* >u<
OldPat

Yeeey! I am gonna wait for your PM then! *exciteeeed* >u<

*The excitement of people interested in your work fills you with determination!*
Pages: 1