Castle of the evil witch

I suppose I'll give "Castle of the Evil Witch" some credit. It's one of the few games to ever piss me off so much I wanted to knee a man in the crotch so hard he'd end up spitting up his own nuts.

While, I won't claim I'm as cool as cucumber or as composed as the legendary Bibleman, the world's most disappointing super hero. I'll also admit it usually takes a lot more than a crappy video game to rattle my cage. Jeez, I'm the sort of person whose played through games where the only way to win is to constantly stun lock bosses with leg sweeps or require the player to spend hours recycling cans in order to earn enough money to buy a weapons worth a damn. 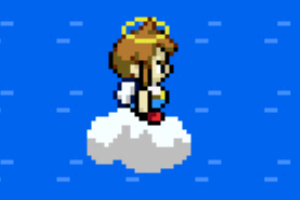 In "Castle of the Evil Witch" you take on the role of the world's fattest guardian angel. An angel assigned to watch over a nameless princess that lives in a nameless tower in a nameless country. Apparently this story comes from a nameless world where people couldn't be bothered to actually name things. Sadly for your lazy bones and massive gut you'll need to face the perils of zombies, armored troops, and spinning blades of doom in order to rescue the princess after she gets kidnapped by an evil witch. Though considering how buggy the game is. It may be easier to simply leave the princess to rot and replace her with a mere commoner instead.

Alas we can't do that. After all, we angels are a noble lot. Even if we are to heavy to fly.

Sadly, this is where the game really starts to screw the pooch in my opinion. After all, the questionable hero sprite and generic story can be easily overlooked if the game itself is enjoyable to play. Unfortunately the numerous issues with hit detection and object interaction in this game manage to utterly cripple it. This is because the game's hit detection is really wonky for reasons I can't understand.

A good example of this is the little gif above where if you punch below a box you'll actually send the box upwards. And while this phenomenon is cool at first.

It quickly becomes rather annoying since it means your punches can also hit blades of doom and spike traps for no apparent reason as well. An issue which can get especially annoying if you forget it about in the midst of a fight with some skeleton warriors.

To make matters worse this screwball punch appears to be designed for interacting with doors and switches two squares away from the player. Which means if you try to flip a switch and a blade of doom or untouchable enemy is on the other side of the switch you'll end up taking several points of damage. A scenario which leads to rage inducing stress when your trapped in a small room with blades of doom spinning everywhere while also being pursued by an unkillable body guard.

And yeah, you can also hit blades of doom and what not from an angle like the box example earlier. So you can be on the right or left side of a switch and end up hitting a blade of doom that's temporarily resting against the top or bottom of the switch.

If you enter this room by using a punch you'll be unable to interact with the ladder laying across the chasm. Thankfully this is easily fixed by leaving the room and reentering by walking through the doorway like a normal person would. I suppose some would argue this isn't worth including, but I thought it made for an interesting if minor bug.

This could be an interesting puzzle game if the hit detection wasn't so wonky. As it stands, this game is a frustrating experience that constantly leaves the player quoting Tommy Wiseau from his performance in "The Room".

Close
09/30/2019 02:12 AM
Because it reflects the wonky nature of the hit detection or because the movie it comes from is notoriously awful?
richterw

Close
10/02/2019 08:08 AM
christ man that fucking...gif...could you please spoilertag that...I don't want to fucking click on an RPG MAKER REVIEW and have a nonzero chance of seeing a grown man fucking vomiting up testicles, even if they're gag testacles

That actually made me nauseous. I guess I should say something about the actual review. 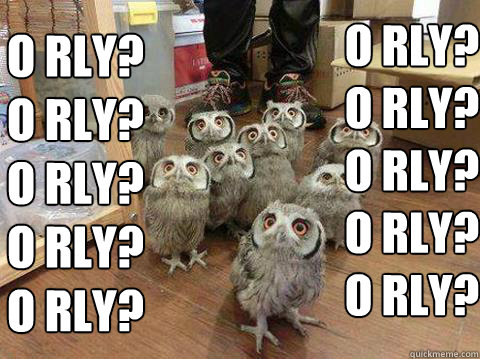 author=richterw
Lol. Thanks for the review and for playing it.

richterm wins the good sport award everybody. let's give him some MS.
StormCrow

Close
10/02/2019 03:17 PM
I found the gif hilarious on the contrary, but as for the review, I can understand the frustration with hitboxes and action gameplay using rm2k3, not sure where people get this notion that it's impossible to make fun or legit on this program, but I assure you it definitely is possible.

Maybe the coding is not well implemented or not all there, but don't fret richterw, there's always room for learning and improvement, just keep everything you've learned and expand on how to make the bad better! Once again, jankiness and bugs with these kind of games is usually the biggest factor for scoring them imo!
thesacredlobo

I'm guessing similar issues crop up when blades of doom get stopped by switches and whatnot since your punch appears to occupy the entire area of the square in front of you. Or at least I assume it does based on what I've experienced while playing this game. Though, I suppose it could also mean the system can only register whether an object or what have you is within a square or not.
Pages: 1