Space. The final frontier. These are the voyages of the Starship Virtue. It's continuing mission. To make Soma whole again. to find purpose in our lives. And to take responsibility for the decisions we make.(plays the Star Trek:TNG theme)

Story:
Okay, okay. I'm done with the Star Trek jokes. The plot is about a starship that escaped the destruction of Soma. One of the people onboard is a spirit named Zero who's just being doing the odd chore here and there. But after the dreaming about a castle and a horizon, and the ship getting attacked by shadow monsters something amazing happens. The ship has found land and Zero is tasked to explore it with some friends. And so Zero, Reca and Lemun go on an adventure that will change the fate of Soma forever.

I think I should offer a disclaimer before I continue. While this story stars new characters, worlds and themes, this is both a sequel and prequel to Soma Spirits. To get the best enjoyment of this games plot I think you should play that game before playing that one. It adds flavor and context to the events of spirits, the lore added is relevant to whats going on in this one and a few of the reveals do concern the events from that game. Plus the fanservice left a huge smile on my face.

So going into the main plot would be tricky as that'll be spoiling a separate game entirely. But torch60 is big on themes and this is no exception. At first I thought the theme was 'purpose' since both Zero and the captain go on about it and there's a book in the library talking about the role spirits have. But that's more a character arc for Zero since he has no idea what his role in life is yet. But later, the game talks about responsibility and that sounds like the actual theme.

You got Reca who knows she's going to be an elder tree to help give people guidance one day and is looking forward to it, but an encounter with these armies that won't listen get her frustrated. Lumen left the family business to become a doctor but that led to someone else becoming in charge and they have a clear grudge about it. The prequel stuff is just how the Sun King just wanted to find his friends and that spirals out of controls due to one mistake. And Zero...thinking about it, Zero has it pretty rough with the crap that happens like the captain singling them out for the being the recon leader, the villains shoving evil stuff into them for seemingly no reason, being told repeatedly that they are the key to everything, the dream stuff and they don't understand why it's shoved onto their shoulders. And like it or not, they have to deal with the consequences.

Now choices were a big focus last time as not only do they pick which boss you fought, but they determined the ending. Now while I choices were though to choice, since their was a good, bad and neutral ending, it's very clear what you should be doing. Here, the choices mainly decide the ending that character would have and I think their final skill. Still doesn't make them easy to choice. That final choice at the end of the game...that's an actual moral dilemma where not everyone would be happy with.

I don't have any major issues with the plot. I do find the goon squad to be pretty dull but that could be a me thing. But before we end the story section, lets have a moment of silence for the cast Crescent Prisim, who's home apparently got blown up with it's cancellation. 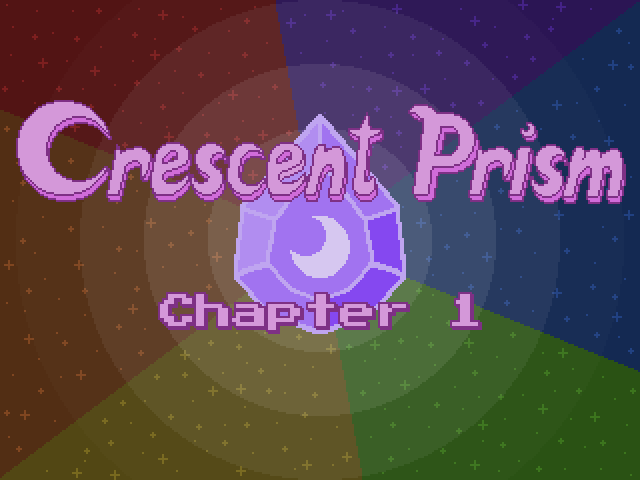 Presentation
I should just skip this one as it's a torch60 game with a soundtrack by AgentApe. All their games have the same great art and music so giving them more praise would be redundent. I know it's great. You know it's great. There's only thing to say. When would the OSTs for Soma Spirits and Soma Union be for say on Bandcamp?

Gameplay
Battle wise, this is an updated version of the combat from Soma Spirits. You got attack roles and support roles but now, you can switch them up at will. Each character is the same but different in the sense you have the same skills but they do different things for each. Like Reca has fire and earth magic, she can let people spells inflict the dazzle effect which lowers enemy accuracy, her AOE randomly attacks two foes, etc.

One of the most important things in combat is for the two roles to work together. Aside from keeping everyone alive, by conjuring or infuse their attack partners, they give them an extra attack post. Sure you could just attack someone, but if you added some magic to that, not only would you exploit weaknesses, but you do more damage overall.

I think I may have undersell how combat works but lets move on to level progression. There are three types here: Standard levels from battles. A chart to spend points on. And story progression. On the ship you can go to a shop with a chart that can give you some stat boost and a few other perks like upgrading your cures or getting more from those health orbs on the ground. Not much to say other than it's easy to use. As for learning new skills, that comes down to beating mini bosses that uses them in their fights. I like it as it adds more toys to play with as the story progresses, but I can see some people getting a bit annoyed like with not being able to have a cure all spell til chapter 3.

As for the dungeons. I think these are great also. Way better than the ones from Spirits. You got a good mix of combat section and puzzle section to stop things from feeling samey. They are a few mini games. Adventure game style intermissions(though admittedly I got stuck in the first one.) and of course great boss fights(I swear I saw that drill guy in Crescent Prisim.) In dungeons there are also Power Gems that can be you to cancel a battle before they start. But if you don't use any, you get some rewards after beating the boss. I don't know if this is good or bad design as the previous games torch60 made allowed you skip fights depending on your level. Here, players might not bother skipping fights as those rewards might be worth it like some equipment or rare healing item.

Verdict:
Another good game by torch60. Great sequel that builds up on lore on the original while also telling a good story in it's own right.
10/10

And yeah, maybe I should't put the group healing spell 60+% into the story next time lol
SpecialAgentApe author=SpecialAgentApe
"There's only thing to say. When would the OSTs for Soma Spirits and Soma Union be for say on Bandcamp?"
They're up now! Enjoy.