3 reviews
Save to Dropbox
Note: This game has been made irrelevant by the existence of the remaster Crypt Challenge EX. If you want to experience this game, please play Crypt Challenge EX instead. The game can be found on my user page. Thank you.

3 Years after the hero Koros defeated the demon known as Baetylus, Koros now lives as a mercenary for hire in the barren wastes of Morda Vael. Currently, Koros is on a mission to purge a nearby crypt of a diabolical Lich. This "Almighty Lich" plans to raise a zombie army to conquer the world, and Koros needs to stop this plot. With a 100 million Bux reward, what could possibly go wrong? A lot actually, as this challenge, this CRYPT CHALLENGE would be a lot harder then excepted, rivaling even Koros's fight with the arbiter of the crimson meteor himself...

A young adult who is normally calm and reserved, but is very talkative around people he trusts. 3 years ago, he journeyed alongside 3 friends in order to defeat the Black Blades, a diabolic cult who wanted to prevent a peaceful future where everyone is lazy. Led by their leader Trello, they were able to summon the destructive archon (powerful demon) known as Baetylus that destroyed the ancient dragon civilization of Arcadia 4000 years ago. Koros and his friends were only able to seal Baetylus away by Koros's friend Tayo's sacrifice, using his own body as a seal. After Tayo's death, Koros left his friends to journey out on his own. He now works as a mercenary in the barren wastes of Morda Vael.

A mysterious girl Koros finds unconscious outside the crypt. Something seems off about the girl, but Koros keeps her around since she's a powerful dark mage and knows a lot about the enemies they are facing, the Fists of the Phantom. Plus, she's super hot, so that's something.

A powerful necromancer who controls an army of ghosts known as the Fists of the Phantom. He is preparing an army of artificial zombies in order to take over the world. After many years and many unfinished immortality spells, the wizard he once was is now reduced to merely a pile of bones and a cloak, kept together only be evil magicks. 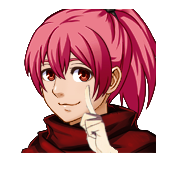 A saleswoman who appears just about everywhere. They sell all sorts of useful goods, but where do they all come from and why do all of them have an obsession with money?

The leaders of the Phantom Fists and the top commanders of the Lich's army. The red one is always hungry, the blue one is always sneaking, and the yellow one is a demonic abomination that should be burned in the fires of hell. Despite this, they all seem to know a bit more about Chili then they let on...

Features
-A complex OTB battle system which is easy to learn but hard to master!
-Cutscenes and graphics with advanced effects!
-Amazing 8 Bit Music from Megaman X and Pokemon!
-4 Endings to find and enjoy!
-4 Bosses to find and defeat, plus two secret bosses!
-A non-linear dungeon layout, allowing you to fight any of the generals in any order or even go straight for the final boss!
-Various quality of life changes not found in most RPG Maker games!

Note
Despite being a sequel and epilogue to a game that doesn't exist yet, Crypt Challenge requires no knowledge of any other Chronicles of Chronicles game. Version 1.0 will be finished and released by October 30th.

A new version has been made available!