0 reviews
Save to Dropbox
Experience the dire fate of a kingdom fallen under siege by an overwhelming, unknown army. You are one of the lonely survivors fighting for your very life with sword and magic. Trapped in the ominous Fortress of Valadur you will soon discover the legacy of the former Lord of this place. Travel through mysterious gates, discover exotic lands and find aid to help you against the invading forces.

The sequel to Hell Gates expands on everything that made the first game great. Deeper character customisation, strategic combat and massive dungeons with clever puzzles. The story has been fleshed out significantly now that the restriction of not using words has been lifted.
Battle your enemies in Hell Gates´ strategic real-time combat (inspired by games like the Secret of Mana series) and survive dungeons filled with clever traps (like you know from the Zelda series).

Important note: This game is completed, although only the German translation is 100%. The English translation only includes chapter 1.

As you certainly noticed, Hell Gates 1 was a game that was developed under pressure (3 months) and heavy restrictions (no words). For Hell Gates 2, all this was removed. The scale was upped considerably and this is the most ambitious thing I did in my life. It took well over a decade of my life, sitting at home, planning out dungeons and class abilities. I really hope that Hell Gates 2 can captivate you as much as it captivated me. So here are the things you can look forward to the most:


1. The continuation of the Hell Gates story

Since Hell Gates used no words, the things that happened there were entirely shrouded in mistery. What does the world outside of the island look like? Who is the blue-haired boy? What are these strange crystals that give him so much power? It was a perfect opportunity to expand upon in the sequel. Hell Gates 2 opens up with a recap of the events of Hell Gates before concentrating on our new protagonist in the first chapter.

The connections between them become more clearer in the later chapters. If you are a Hell Gates veteran, you should watch the Trailers for Hell Gates 1 and Hell Gates 2. You will notice that the cuts alternate between the two protagonists, showing where their paths cross (although the world is in a much more desolate state later on).

There are many, many different and meaningful choices for you to make when growing your character into a hero. 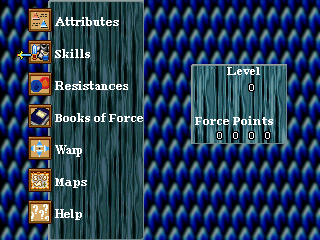 For example, there are 25 different skills you can learn. Every skill can be improved with talent points and later on you can become an apprentice, expert or master in that skill. This unlocks new benefits from that skill, effectively giving you 100 different skills to toy around with. Hell Gates 2 was also ahead of its time and got rid of weapon specialization skills since they are basically the same and just limit your free choice of weapons instead of increasing your freedom of choice. Instead you get combat styles, some focus on damage and some on precision or something else. You are free to mix and match all combat styles since they work with all weapons.
Also, to keep all attributes (strength, intelligence, etc.) appealing for all classes, there are powerful class abilities to keep all options relevant. Even a brawny warrior can do with some intelligence because of his class skill „Tactical Advantage“ which gives him a small heal after being hit, based on his intelligence.

In many games, crafting is really bad and boring. You have no control over the outcome and often you just get to collect a bunch of random materials for your blacksmith. This degrades crafting to a fetch quest in disguise. In Hell Gates 2 you have full control over what the blacksmith creates for you. 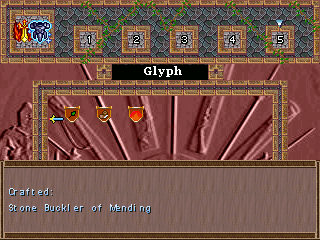 You choose a blacksmith plan, from the plain shortsword (less materials required) to the brutal kingslayer (way more powerful but you need more materials). Then you give him enough material of your choice. Mithril shortsword, copper kingslayer, anything goes (except for making a sword out of leather). The materials differ in quality but they can also have better magical properties. Iron is more durable than gold, leading to a sword with higher attack power. But gold has better magical properties so once it is enchanted by your crafter it will be housing a much more powerful enchantment.

In Hell Gates 1 were a bunch of puzzle rooms. It was a nice change of pace but I was inexperienced. In Hell Gates 2 the dungeons are way bigger with a strong theme and lots of creative mechanics to tease your brain. They were the hardest thing to design, some of them taking months and months to create. I would love to tell you more about them, but I think it would spoil the fun of discovery so I will keep my mouth shut on this one. 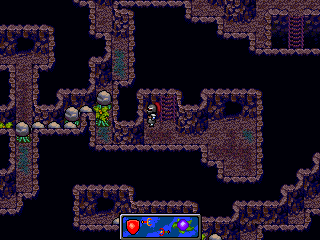 Hell Gates 1 offered an open game world, but when you walked off the intended path, you were quickly overwhelmed by the enemies there. Hell Gates 2 is a bit more structured in that regard since you are accessing new regions one after another. To keep things interesting, all regions were created with tons of optional stuff to do. Just take a look at the first area: Paradise Valley. 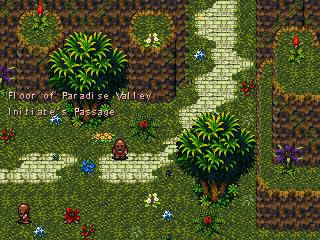 All story-relevant events take place in the northern part of the valley. You can spend your entire time of chapter 1 there without ever noticing that there is also a southern part for you to explore, full with ancient ruins, deadly caves and strange people to meet. The fun of exploration and the thrill of discovery are things that were very important to me when creating the world of Hell Gates 2.

Hell Gates and Hell Gates 2 are both available for free via download. Forever. No strings attached. No DLC or whatever the big companies can cook up.

If you had fun with Hell Gates and want to support this game series in general, it is possible to do so on the Hell Gates 2 patreon page. If you don´t know what patreon is, here is a brief explanation: it is a platform where all kind of creative content creators gather and present their work. People who like their work, can decide to support their favorite artists and become a patron of their work (1$ or more, it is entirely up to you).

Close
11/02/2019 04:28 PM
Hello agfonzer and thank you for taking the time to make these screenshots. I imagine that there are even more of them hiding out there. So I will collect the reports and then release a fix.