There's lots of potential in here

Finally got some time to play this one and boy, I have some mixed feelings, but overall, I like it for the potential it has.

Let's go over the good points first: The charm, the charm is definitely its strongest point. Maybe it's just me, but I just love how the game looks, with the character graphics on the side and the music artwork in the middle, even the menus look pretty cool! Of course, not everything is perfect, as the character stats and menu buttons look a little too... "default"? And the game could really use better ways to indicate what's happening on the screen, especially with skills. Though one of those complaints is a nitpick and the other was already promised to get updated in the future. 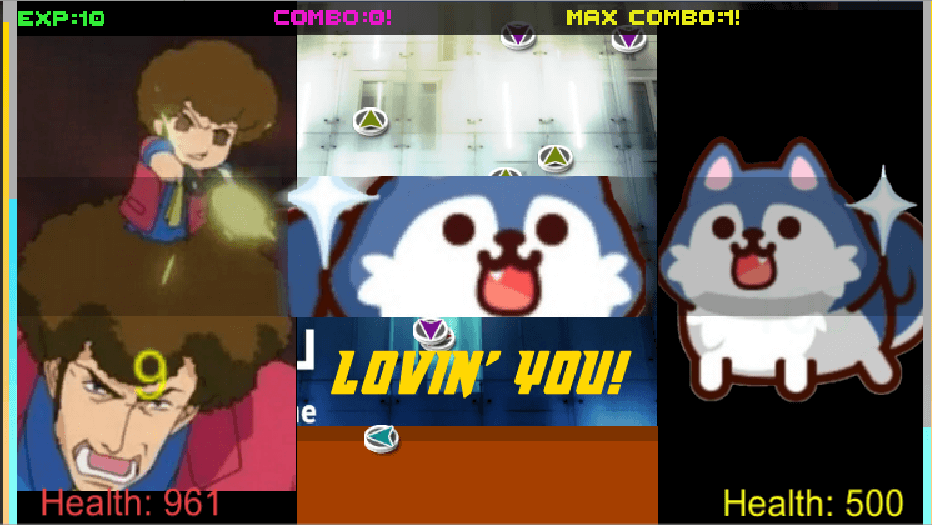 Now here comes the bad, and I think this is what keeps the game from jumping to the "awesome" category: The gameplay. The mix of rpg battles and rhythm games is surely something I haven't tried before and I would love to see how it would work. How it was done in this game? Well... Characters have different stats (like levels, experience, damage, skills, etc.) the problem is that they get on the way of actually enjoying the rhythm side of the game. Maybe it's just me, but I actually want to listen to the whole song when I play (Especially with the game having some good tunes in there too) but due to the battles, the songs always end too soon, sometimes even just a few seconds in the song. I'm not sure how to actually fix this, maybe inflating the HP even more? Or even rethinking how the battles work?

There are also some features that I would like to see better implemented. After every battle you get experience that eventually will level up your character, increasing your stats. And that's good! Except for the fact that... there's not much to do with it. When all the characters have different stats (Some start at level 1 and others are too powerful to even make them playable, both as the player and the CPU) I can't really see the point of it. Maybe sticking with one character and level them up until they are strong enough to defeat the "LockeZ/House M.D" boss? I mean, it's a possible goal. 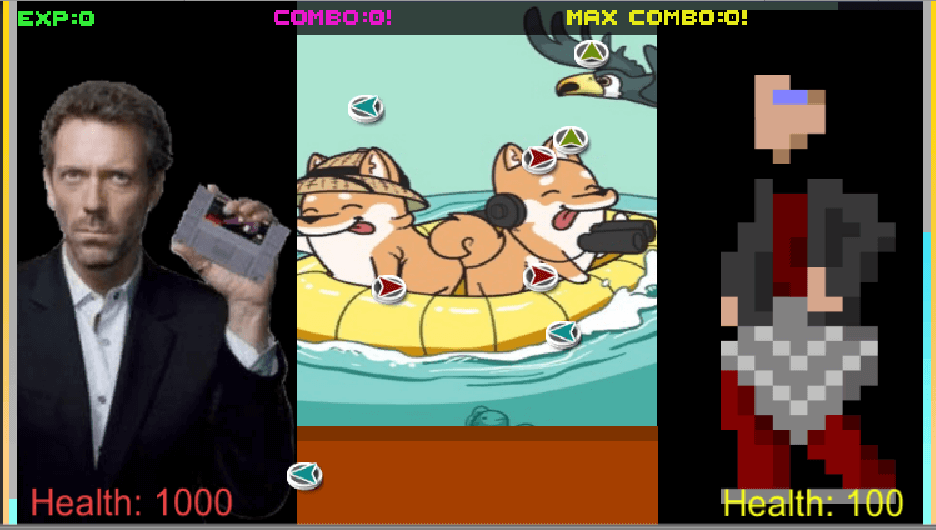 I don't want to sound like one of those guys that say "Oh, you should add THIS to your game, and maybe add THIS and THIS" but honestly, I would love to see the stats revamped or something along the lines that make it possible to play a bit more of the song (Maybe take everyone to level 1 so everyone is equal? Along with the increased HP?) and some mode that allows quick play (Something like, you pick a character, a song, and the opponent is chosen at random but balanced to your current stats. Or maybe even some kind of arcade mode where it picks songs and opponents at random, one after the other)

Now, don't get me wrong. Despite these flaws, I actually liked the game! And it fills me with hope seeing that the developer plans to make more updates in the future (I was going to comment on how spamming the arrow keys is a viable option, but it seems like it's already planned to be fixed in future updates). Because that is what I like the most about this game, the potential, a nice game that represents part of the community of RMN and hey, has nice music too!

Close
11/14/2019 02:35 PM
I've never officially write a thank you post for you, so here it is!
Thank you for trying and giving me feedback!!
I hope the new update address most of the feedback you've given to me! If I miss any, feel free to tell me. Sometimes I might forget something.
El_WaKa

author=JustAShyDoge
I've never officially write a thank you post for you, so here it is!
Thank you for trying and giving me feedback!!
I hope the new update address most of the feedback you've given to me! If I miss any, feel free to tell me. Sometimes I might forget something.

No problem! I'll probably wait until that promised "content update" before updating the review or giving any further feedback. It's great to see that the game is looking better with every update though!
Pages: 1