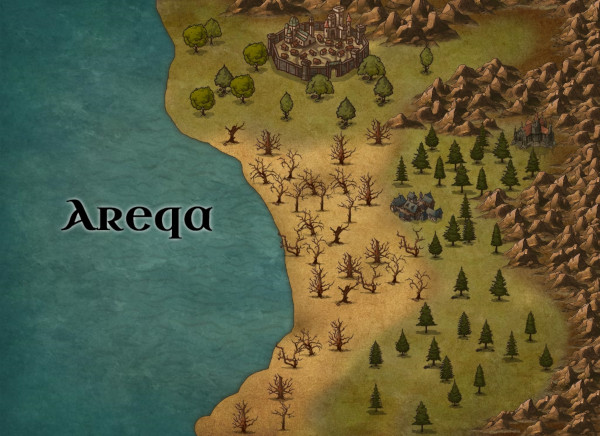 Having served his time in the great war, a man known as The Reaper, seeks out fame and fortune in new lands. Coming across the land know as Areqa, you learn of an ancient and foreboding legend. A fallen angel, known to the people of this land as Hezura, has awoken. It's up to you to slay her once and for all or let the land fall into a new dark age.

The Reaper - Having grown up as an orphan in a rural farming village, the man was actually given no name at his birth. When war broke out between his home land and a neighboring kingdom he was forced into battle. During the war, the unknown man was surrounded by enemy forces. The man fought his way to safety, killing over 100 men in the process. After this men started referring to him as The Reaper.

This game is currently in development.
Here is a checklist of things completed and things that need to be done.

Completed:
Cemetery, Village, Swamp, and Temple level design.
Controls and animations for moving, jumping, crouching, and attacking.
Camera follows player and parallax backgrounds can move.
Player can transfer from one level to another with fade-out / fade-in mechanic.
Player will restart level if he falls on spikes, etc...
Platforms that can move left to right, with the player moving on it.
Text boxes appear and disappear within NPC zones / can toggle text.
Jumping and Attacking will play sound effect when button is pressed.
Skeleton enemy can patrol area / walk / flip / walk / flip...

To Do:
Multiple button presses can cause sound effects to play oddly.
Other sound effects for animations, etc...
Fix clipping issue when player jumps on corners of platforms.
Enemies have flying zone / can detect player.
Enemies that can attack player and do damage to player.
A way for the player attack and do damage to enemies.
(Those last 2 will be the most time consuming probably.)
Probably a couple more things that I don't know about yet too... 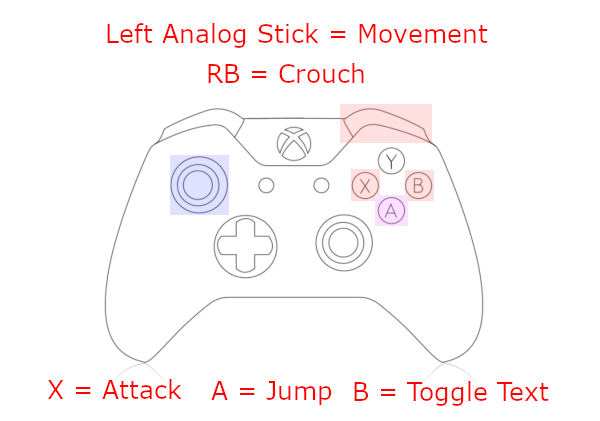 author=NoBody13
Hey, this looks cool. Keep it up!