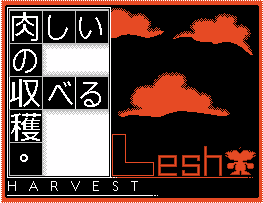 0 reviews
Save to Dropbox
A game by Jason Kumori and Joseph Newton.

All the mentioned topics above are only implied in the game's context through symbolism and some minor dialogue so it never get's too graphic. But if your sensitive to these topics I highly suggest that you turn back now.

Before we get into the main meat and potatoes of this project, I'd like to give y'all a short history lesson on the development of this game.

In the distant year of 2019 I started development on a squeal to my game Planet Stuck 2, this new game was appropriately named Planet Stuck 3. After 5 months of rigorous non-stop work I finished the expansive 10 hour game.

All was good in the world, until a shocking realization hit me like a truck. It was apparent that I had sacrificed quality for a tight development deadline the game was insanely unpolished and buggy. The mechanics and story though poorly executed were not all that bad.

So after that I was at a crucial fork in the road, I could one: Take another 5 months to fix a sub pare game or two: Start from scratch and make something better in a smaller amount of time. I obviously choose the latter.

Flesh Harvest is a psychological horror game that has an emphasis on religion. The gameplay mainly centers around exploring the messed up imagination and harsh reality of the main protagonist "Casey Rêverie."
"Casey's only way of coping with life is by activating his imagination using the power of inspiration to go to a world called Phantism."


Your goal is to uncover the 4 main tools to aid in your escape from the cult. Don't think it'll be easy though, the biggest road block you'll have to face are the effects of the mind destroying drug "Bardol."

Bardol soon manifests in Casey's imagination seeking to destroy everything and paint Casey out to be the villain of his own made up world. Bardol's influence only grows stronger with the consumption of flesh, so his master plan is to gain Casey's trust and fool him into killing everyone in Phantism.
"Bardol couldn't do this himself due to his weak prowess."

The inhabitants soon learn of Casey's blind trust of Bardol and decide to dethrone him, making him into a peasant once again.
Now it's up to Casey "under the guidance of Bardol" to take back all 3 of the main kingdoms working his way back up to king harvesting flesh and recruiting all 8 of his prior servants along the way.

On the left is Casey's Phantism form. On the right is his real world form.

Flesh Harvest is an adventure exploration game that has an emphasis on puzzle solving. The game has you constantly going between Casey's colorful imagination and the grim cult building to solve several mind boggling puzzles.

Each of the 8 servants you recruit in Phantism are fully playable with there own special field techniques that can be used on the many vast locations that you will visit.

The game has an exciting fast paced action time battle system were you have to time your attacks by playing a mini-game. Your team in battle allows for multiple customization choices allowing you to build a team of 4 "Counting Casey" using any of the obtained 8 characters.

Casey can be molded into whatever you want him to be due to his vast skill-set. Casey can only have 10 skills, but you can choose any 10 out of the 40 that he can obtain. To get more skills for Casey, you have to bring Bardol flesh. You can get this from killing enemies.


You can fully customize your characters stats by using Karma points. These are obtained by doing good deeds for the denizens of Phantism.

The music of Flesh Harvest has had the utmost care put into it by the amazing Joseph Newton. The soundtrack of the game is insanely varied tackling many different styles of music.
Here's a song from the game!

What's a game without the cast! Let's have a look at some of the profiles!

Name: Casey Rêverie
Age: 9
Bio: Casey is a cold calculated individual who was recently indoctrinated into the cult by a mysterious family member. The only escape he has from his sad life is his imagination. In Phantism, Casey uses his Glass Of Four to change his form.
Special Skill: He can do math.
Type: Versatile

Name: Annie Terry
Age: 8
Bio: An optimistic girl who lives in the cult with Casey. Soon after displaying an act of kindness, she takes a liking to him and want's to aid in his escape.
Special Skill: Being a Pollyanna.

Name: Clover Rêverie
Age: 6
Bio: Clover is a memory of Casey's little sister manifested within Phantism.
She is a cheerful little girl who is really into gardening. She joins Casey on his magnificent quest to reclaim the kingdoms. Her field technique is singing to lure in characters.
Special Skill: Can eat flowers. Just like a cow.
Type: Defensive

Name: Brutus Crush
Age: 27
Bio: Brutus is a tough vigilante from Venteux City in Phantism. He holds a grudge against Bardol though it's not known why.
Special Skill: Can rip phone books.

Name: Bardol
Age: ??
Bio: He is an eerily happy figure that guides Casey throughout his journey.
Not much is known about him from the beginning but as the game progresses his true intentions unravel.
Special Skill: Telepathy.
Type: Balanced

Name: Oliver
Age: Oi mate bug off try'n to make me feel old eh?
Bio: None of your business mate!
Special Skill: Not letting you see his bio or age.

Well that just about does it! The game will be getting a demo before the end of February 2020. If you'd like to support this project leave a comment or play the game's demo when it comes out. I'll also be starting a development blog on this site that'll be updated at the end of every month entailing new information about the game and showing some behind the scenes commentary on the development of Flesh Harvest.

I'm glad to announce that we have a fleshy Twitter
account, we will be posting on it every other day
starting today! You can check it out
to see even more updates about the game!
Our Twitter
Casey is annoyed with Bardol's antics!

Another part of the dungeon.

Out for a stroll.

Stand back. Artist at work. I paint with enthusiasm if not with talent.
8868

Close
06/22/2020 04:02 AM
I tried to play the game in joiplay Android but it said the game type is not supported and I don't see the installer instructions bro
Muneebsajid
0