0 reviews
Save to Dropbox
Entry for the Seasons III Event.
Theme : Summer

Kikumaru and his two brothers are tasked with a dying man's wish to escort a mysterious hedgehog to the nearby beach. It seems like a harmless enough job until a crazy old coot bent on rubbing out the hedgehog appears with a small army of mercenaries in tow. What are his dastardly intentions?
Our heroic trio must safely escort the mostly-useless hedgehog to the beach for whatever the heck reason.

Features Include...
-Higher difficulty than a dumb event game ought to have
-A Hedgehog as a party member
-Badly tileset'ed beach
-What am I doing with my life?

Suggestions
1) Give the player access to some MP recovery items. This will allow the spellcaster to remain more relevant for softening up targets before the two melee attackers move in to finish them.

2) You really should create more areas where you can choke enemies. As it stands, it can be difficult to get past the final stage unless you manage to luck out against the death knights since there isn't any reliable way to kill them with a single well placed spell and melee attack.

3) I'd also suggest giving the player access to more healing items. As it stands, I had to get through the final area with just a single potion. Add in the fact I only had enough spare MP to cast heal once and you had a final battle that's more dependent on luck than skill.

4) The death knight on the third stage doesn't respond to getting attacked with spells. It just sits there and allows the player to readily take it down over the course of several turns.

5) It's really hard to level up the guy that uses fist based weaponry. This is because his poor accuracy ensures he's more of a meat shield than a heavy damage dealer.

1) Yeah, you're right. I'll add some. I don't want to get too crazy though, since I deliberately made the Lightning spell ridiculously powerful.
2) I'm always leery of adding too much in the way of choke points. Yeah, it provides a safe venue for the player, but it also drastically slows gameplay down to the point where even novice players become disengaged. I prefer to have more emphasis placed on defensive unit placement wherever possible.
3) I'll add a couple of the stronger heal pots
4) I didn't want him to move. His job is to slow the player from getting the treasure chest before the other group arrives behind them.
5) Yeah, that's sort of how I anticipated him to play out. Hopefully, players will use him to eat the first hit, then get some exp on the counterattack, if not the follow-up. He gets a ranged weapon in the second battle though, which should help.
idonthaveanamedude 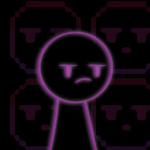