2 reviews
Save to Dropbox
Remnants is a top-down exploration game about descending underground into a mysterious abandoned facility.

You play as an unnamed traveller who finds a strange metallic hatch in the middle of a forest clearing. Driven by curiosity, you descend into the forlorn rooms...
The game is light on actual story, focusing instead on ambience, artwork and environments.

-Every room in the game is drawn from the ground up, pixel by pixel-

-No combat, no complex puzzles-

-A non-binary protagonist with a sick cloak-

-A carefully composed soundtrack of experimental music (features some guitars by Jack King-Spooner, check him out: https://jackspinoza.itch.io )-

I updated the game, fixing all of the typos that were found after launch and polishing up a few rough edges. This is, normally, the last update the game should receive. Thank you to everyone who gave helpful feedback!

Close
02/23/2020 07:55 AM
Nice, this looks like my kind of jam - exploration and very lo-fi pixel graphics with abrasive colours. I hope to get around to playing this later.
Liberty

Close
03/09/2020 03:40 AM
Criminally ignored. The gameplay was simple, sure, but the visuals and atmosphere really pulled me in. This needs a lot more love!
calunio

Close
03/10/2020 12:06 AM
Just finished playing it.
I should start by saying I'm not a huge fan of purely exploration games, like Yume Nikki and the hundreds of games that were, to some degree, inspired by it.
That having said, this is probably one of the best games I've played in that genre. The aesthetic is incredibly charming, and the compact world you've created feels alive, appealing and intriguing. I can tell some of it it's a bit random, but it still feels like it isn't, and that's what's nice about it.
I also notice the tone of the dialog changes on the last levels... to something a bit more humorous. Probably because you were tired of describing EVERY SINGLE OBJECT in the game hahaha.

As an exploration game, the "difficulty" level is just right.
Sound effects are really clever and atmospheric too.
Very nice game.
JuneFlowa 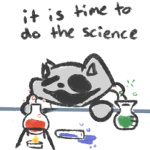 Glad I checked this one out. It's a good time if you're a fan of wandering around and looking at cool stuff. :D
orange-

Close
03/28/2020 01:21 PM
I'll have to try this out at some point. Looks really cool! The colour palette reminds me of older DOS games. Maybe it's the intense colours next to black or something?
dd33
0

author=dd33
in the demo i cant open menu with y

This isn't a demo, its actually a full game! as for your problem, I'm not sure if you are talking about the keyboard Y key or the controller Y button: for the former you can use X, Escape or num0. For the latter you can use the B or Start button. Hope that helps.
richterw

Close
04/29/2020 02:34 AM
Legit liked it alot.
Still playing, very slowly, because i want to look at everything and enjoy the music, the colors, and let all of that atmosphere sink in.
synista
0