Mare is an Adventure/horror game created in RPG Maker VX ACE. The game follows Naomi, who awakens to find that they cannot remember their name, memories, and where they are. All they know is they can hear a lone voice calling to them, "Naomi, come find me."

The game starts with Naomi hearing a strange voice calling out to them, seemingly to come find them. Shortly after, Naomi is awoken by a man in a blue hoodie, named Akio, looking down at them, questioning who they are. Having no idea who they once were, they travel with the young man to their village, Mori. The two try to discover who Naomi once was, and along the way, learn more about their world, and themselves.

The game is an RPG which will feature turn based fighting, along with side quests and puzzles.

Mare is a horror game and will contain many disturbing and upsetting topics. Please play at your own risk.
The game contains:

qvq Hello everyone, I do hope that you are all doing well.
I have updated Mare to version 1.04, this change includes a small typo and a glitch that was pointed out to me in the third area by my very good friend, Puma.
The new version of the game also includes Zeus81′s Fullscreen ++ script, so you are now able to change the resolution of the game window. I have included how to change the resolution within the Read Me file. Thank you rabbitongames for recommending this script to me. qvq/

Have a wonderful day everyone and thank you again for your support. ✨ 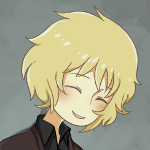