Nina Aquila: Legal Eagle is an anime-themed graphic adventure game, in which you play the role of a defence attorney. Fledge City is in crisis, and it's up to Nina Aquila and her friends to make sure justice prevails!


With a tone that mixes crime with a light-hearted feel, a cast of quirky characters and a compelling story, NALE is intended as a homage to the Phoenix Wright franchise, but should appeal to all fans of anime & graphic adventures.


In each chapter, Nina takes on the case of a client who has been charged with a major crime, who she believes to be innocent. To prove this, she and her friends journey to different areas around Fledge City, gathering evidence, before going to court to fight for her client's cause.

Freshly qualified as a defence attorney, Nina's first few cases go well... But when her mentor is imprisoned for a crime she didn't commit, her career becomes a casualty of a secret war... A war that, unknown to Nina, is connected to her own past.

A great game is being played for the heart of the city by the ruthless and powerful, but right now, Nina doesn't even know who is playing, much less the rules. She will need to trust her friends and forge new alliances if she is to fight for justice and uncover the truth.


NALE Chapter 1 should not present any major trigger or content issues for most adults. However, the story touches upon a disaster involving a fire at a campground, and may distress those who have particular aversion to themes of fire-related injury.


NALE is created on a chapter-by-chapter basis.

Funds raised will initially go towards the unique assets required to create the future cases, with a long-term goal of replacing all the visual aspects of the game with unique character and environment assets.
Future Plans

The game will appear on Itch.io in chapters, where, generally, each chapter represents one case for Nina to solve, as part of the overall story. This first case is streamlined to act as an introduction, but following cases include...


Future cases will be based around unique themes that serve as pastiche or parody of popular anime genres and geeky activities; for example, a murder at an underground club for players of a collectible card game, or a theft that will see Nina and her friends get involved in illegal mountain road tōge racing!


This game was made by Ethan Fox, who can be found here:


Thanks go to the RPG Maker official forums & subreddit, all of my followers on Twitter & Tumblr, and members of my Discord community.

Additionally, this game has a wide range of asset & plugin credits. These can be found via the "credits" option on the main menu, however, I want to make special mention of...

A great deal of effort has gone into making sure that every asset used in this game was public domain, licenced and paid for, or correctly attributed. If you feel this to be in error, please contact me via my social media channels.

Chapter III is now complete, and is available for pre-orders over on itch.io for a November 6th release!

More info can be found here:

Close
03/25/2020 12:00 AM
A+ for the game profile!
Awesome looking game too. Do we have to know Ace Attorney to understand this game?
ByEthanFox 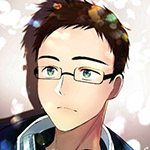 author=calunio
A+ for the game profile!
Awesome looking game too. Do we have to know Ace Attorney to understand this game?


Thanks! No, you won't need to have played the Ace Attorney games to understand it; the first chapter is a tutorial. It's just similar in gameplay - the setting, characters and world are totally unique (it isn't a fan game).
jigsawh
0

author=jigsawh
Looks like a good game. Does Nina get a side-kick?

She does! In chapter 2. In chapter 1, Nina herself is kinda the sidekick.
Pages: 1