0 reviews
** DEVELOPMENT ON THIS GAME IS PAUSED INDEFINITELY. **

Codex Athena is an open world robot crafting and collecting Metroidvania in pixel art style. The game is inspired by the 16-bit console era, with modern mechanics. This game is in development for Steam and consoles. 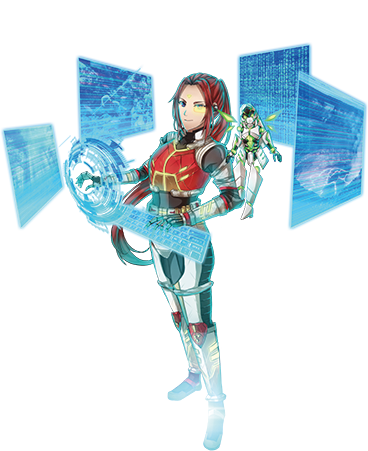 Lost Heaven Online, a fully-immersive MMO game created by some unknown group took the world by storm as the first game where players could enter the world completely with all five senses, living a virtual world indistinguishable from the real world. Sensation quickly turned to horror as people realized players who died in the game died for real, with the game somehow able to shut down the player’s brain through the VR unit. As no one could destroy the game protected within an impossibly advanced blockchain network, governments worldwide soon outlawed it. Despite the crackdown, people found ways to play as the game promised an unimaginable reward to whoever can beat it. Some think it is an absurd treasure of wealth while others believe it a wish with no limits. 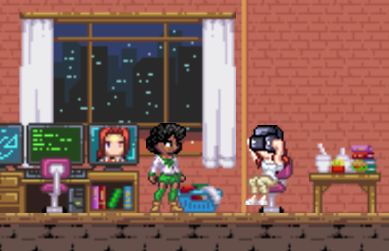 Teenager Athena plays to find her father. With the aid of her best friend and top hacker Bethany, Athena deep dives into the game to face puzzles, enemies, and devious players.

Lost Heaven Online is divided into 12 Worlds, with each World based on the virtues and dark sides of a sign of the Zodiac.

The Taurus Labyrinth, the Virgo Garden of Life, the Pisces Hydropolis, the Leo Avalon, among others, hold secrets to unravel, fantastic enemies to mash, and mind-blowing bosses to bash. Somewhere in all this is Athena’s father…or so she believes. 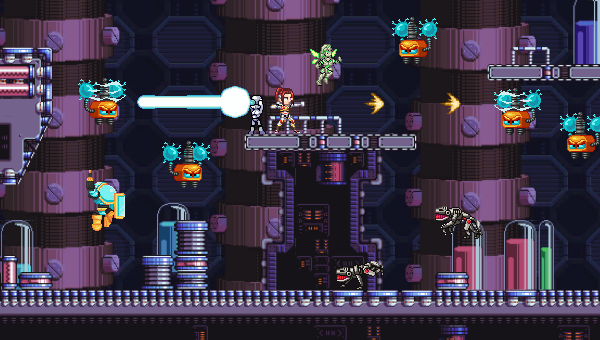 Battle revolves around collecting and using the 88 Constellation code blocks, AKA Starcode, scattered throughout the 12 worlds, with the 12 SSR Starcodes of the Zodiac being the ultimate prizes. Players can directly use Starcode on themselves to create melee weapons, equipment, special abilities, and guns, but their true usage is for crafting teams of helper robots known as S.A.I.N.T.s (Synchronized Artificial Intelligence Nanovolt Trooper).

Players can command up to 3 teams of 3 SAINTs during battle.
While Athena can tough it out alone Metroid-style in the beginning areas, later critical areas are virtually impossible to traverse without the right team of fighting, tanking, and healing SAINTs. During her travels Athena must also battle hostile players with their own teams of SAINTs.

We will be releasing free-to-play versions of the game on this site.

A playable demo for CodeX Athena is now available.