THIRD adventure of TWO strangers with ONE great ending! 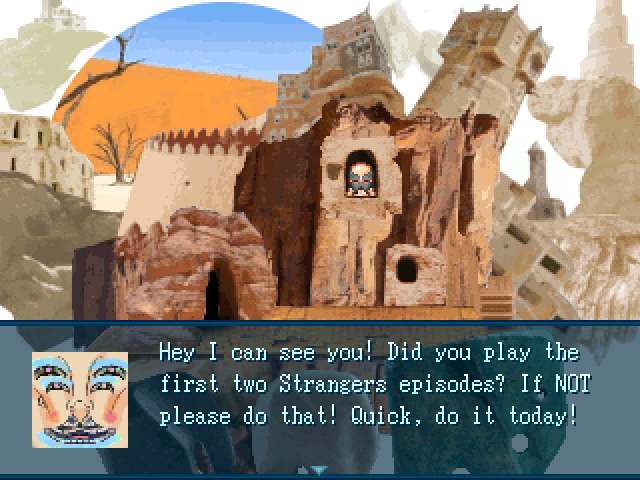 HE is watching you, and he's right! Follow his advice, it's fun!

Exactly one year ago I played and reviewed the first adventure of the Two Strangers, it was still the old version with classic Rm2k3 graphics and charsets, but I liked it anyway. Then I had the joy of playing the fabulous new edition and the second episode, but here we are, a year later, with the third adventure of the lovely couple in the infinite Froggeverse...

Once again we play as He, like in the first chapter, unlike the second, in which the controlled character was She, but in the end there is no great difference: as usual the dinamic duo will meet various weird characters, some will become friends and others will be enemies, and they will travel the galaxy in another 30 minutes quest.
So... what can you expect?
Well, lots of bizarre dialogues and quirky situations, a surreal adventure and lots of fun in another short episode. Oh, I forgot, there are also some little puzzles that in my opinion are a little better than in last episode (where I had some problems understanding what I was supposed to do, but maybe it's me!) and also different from the old ones (unlike some sections that were present in both the first and second episode). 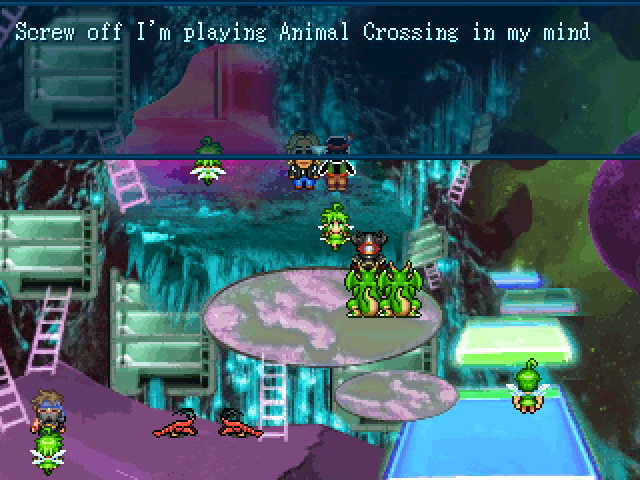 So yes, this game compared to the two prequels is "more of the same" EXCEPT for a couple of things:

1) The first, and more important one are the maps: these are the weirdest worlds and funniest locations I've ever seen. I liked the small useless details and gimmicks, like when you walk under the arches and you are teleported in a rather unexpected way. I won't tell you more about the different locations because they have to be seen, and explored (ok they are small, the game is small, but it's well done! And even better than the previous adventures of the strangers). Do you not believe me? Just look at those screens I posted, no wait, even better, play the game because this is a game that must be experienced.

2) Second great thing is the ending. Not just for what happens but also for how everything is told. Another improvement, and if, as I am pretty sure, this is not the end, I hope what will happen next since this time was pretty great.
3) This game has zombies (ok, there was a third improvement too, I just forgot! Everything is better with zombies!).

What else? Music is really good, the choice is as usual original but right on the spot. I liked also the little features like the sounds of the footsteps when walking on the stairs, the change of outfits, the new characters introduced in this episode but also the presence of some old familiar faces. There are many little details that can be appreciated especially by who played the previous games (I do not need to say that again I think! These are short and easy, but still entertaining). 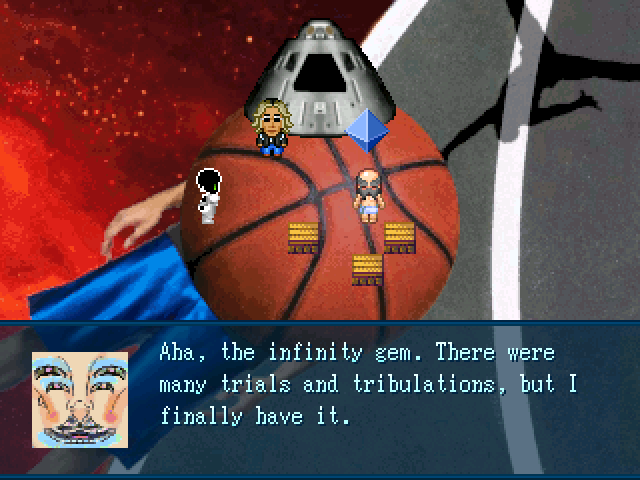 No, this is NOT a screenshot from Barkley, Shut Up and Jam: Gaiden 2! No, it's one of the hardest puzzles of Two Strangers 3.


The Verdict!
Two Strangers and the zombies or how is this game called is another episode of the series that started one year ago. It doesn't introduces anything new or life changing, there are no great difference BUT there's no doubt that the quality increased quite significantly from the other episodes. A lod of work went through the maps but also dialogues and interactions weren't forgotten. It's a 30 minutes of art in my opinion, so if the first two earned a 3.5 this deserves a 4.

Close
05/17/2020 10:23 AM
Woah this is such a pleasant surprise to wake up to! Makes me really happy that you liked it even more than the last two, thank you much! I highly doubt the fourth game will be able to live up since the premise is a lot more basic, but I hope it will at least serve as a nice break after the entire zombie arc and that ending, haha.
TheRpgmakerAddict

author=Frogge
Woah this is such a pleasant surprise to wake up to! Makes me really happy that you liked it even more than the last two, thank you much! I highly doubt the fourth game will be able to live up since the premise is a lot more basic, but I hope it will at least serve as a nice break after the entire zombie arc and that ending, haha.

Yep, mapping especially is a step above the others. Of course my review of the 1st episode was based on the 1st released version, so I'd probably given a better score if it was the current version. Anyway don't worry, as long as it is a pleasant short adventure I'll have fun and that's all matters! =)
Pages: 1